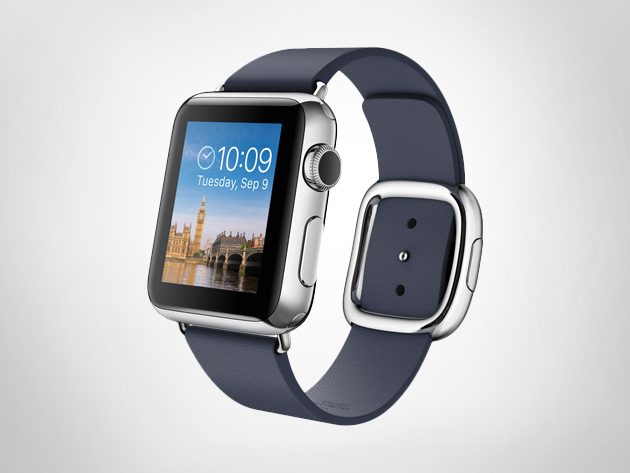 Apple CEO Tim Cook said in a recent earnings call that the Apple Watch will be shipping to customers in April and now we’ve learned the launch won’t be limited to the United States.

Cook, who is touring Germany, Belgium, the United Kingdom and Israel, apparently told managers during his visit to the flagship Apple Store in Berlin that the wrist-worn device will launch in Germany during the month of April, 9to5Mac learned.

Furthermore, Cook was asked by an employee if the device will include accessibility features, to which the CEO replied that Lisa Jackson, Vice President of Environmental affairs, is now also in charge of boosting product accessibility efforts across the company.

Here’s Cook’s response in its entirety:

Yes is the short answer. In every product we do, we want it to be accessible for everyone. This is not something that we sit around and figure out what the ROI is. I can give a rats what the ROI is. It’s one of those things that goes in the just and right column. So we want all of our products to accessible.

In the point that you we are on, I think we need to raise the awareness of accessibility, and I’ve asked Lisa Jackson to work on this. She’s done a great job on the environmental impact, and I tend to think we can do the same thing with accessibility and create an even better environment than what other companies do.

The Watch will start with doing some things, but it will become better at more things over time. You can make a call from the Watch. You can interface with Siri.

Siri with this point comes back in a textual mode, but we’d like to do something different with that over time. But it’s cool for all of us, but I think it is going to be profound for some people.

As for its international roll-out, Gurman opined that it’s entirely possible that the Watch will “launch first in the United States in early April, with Germany and other countries following later in the month,” as it “definitely appears” the roll-out will be more aggressive than the first iPhone and iPad launches.

Sources indicate that an April launch in Australia is also likely. The company has been holding secret briefings for select retail employees in Australia on Apple Watch sales procedures.

It’s true the original iPad and iPhone launched as U.S. exclusives, but the Watch is different in that it doesn’t require a carrier approval because it lacks built-in cellular networking.

Another possible reason behind the assumed worldwide roll-out is the fact that the Watch is not viewed as a device with mass market appeal like smartphones and tablets, meaning there should be plenty of Watches available at launch for everyone interested in the device.

If the Watch is indeed coming to Europe in April, the launch may be limited to Apple’s key markets such as United Kingdom, France, Germany, Italy, The Netherlands and more.

The device will reportedly offer a mode called ‘Power Reserve’ which will help extend battery life by displaying the time only, The New York Times has it on good authority.

The iPhone maker is expected to share more information about the wrist-worn gizmo at its “Spring Forward” media event on March 9 at the Yerba Buena Center for the Arts in San Francisco.