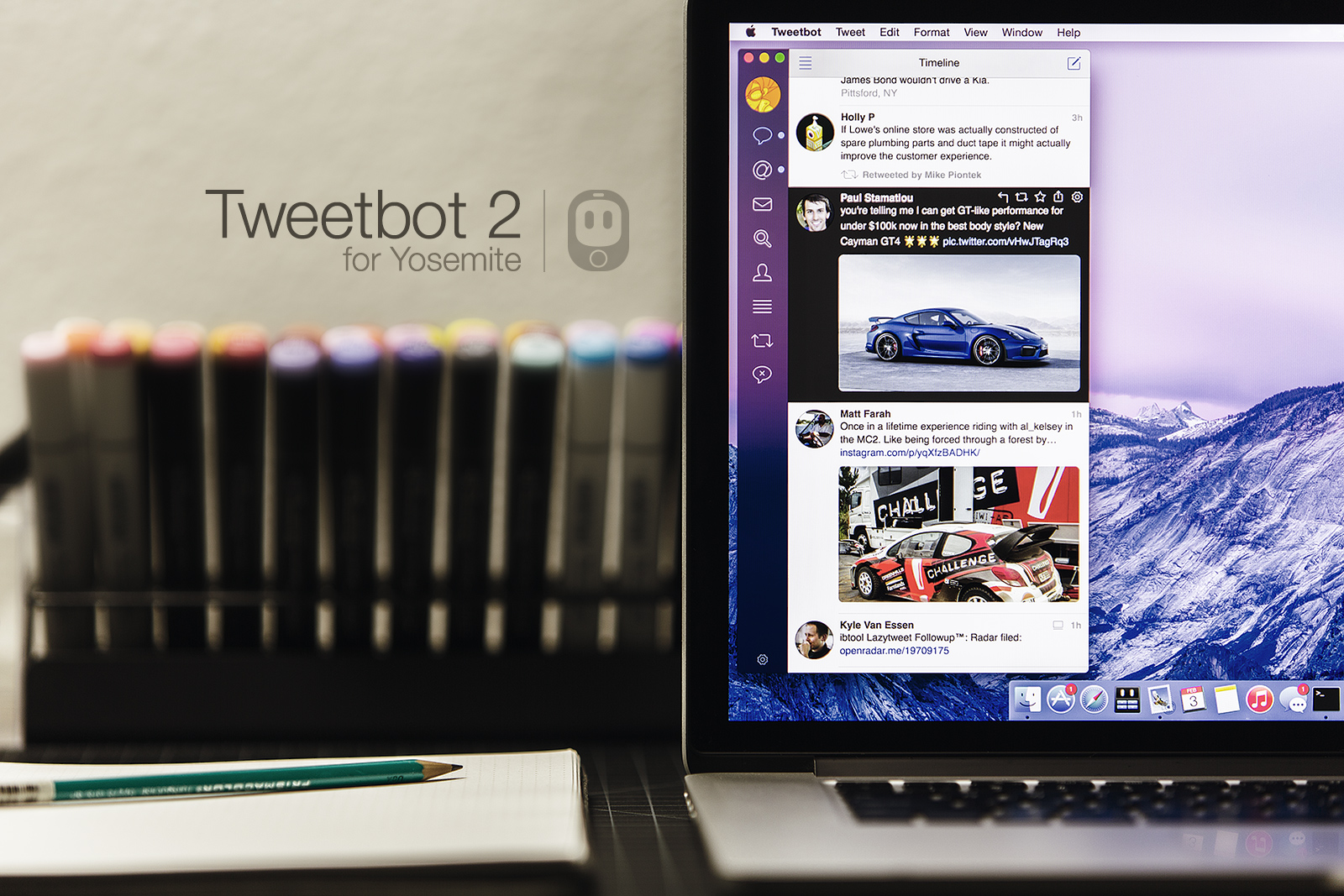 Tapbots, the development firm behind popular Twitter application Tweetbot, announced on Wednesday the app will soon see an update for OS X Yosemite.

Along with a teaser image for the update, which shows a more transparent user interface to better gel with Yosemite, Tapbots said the update would be available to existing customers for free.

Tapbots didn’t share a specific release date for the app’s update, simply saying: the update “has been more work than anticipated, but it is coming.”