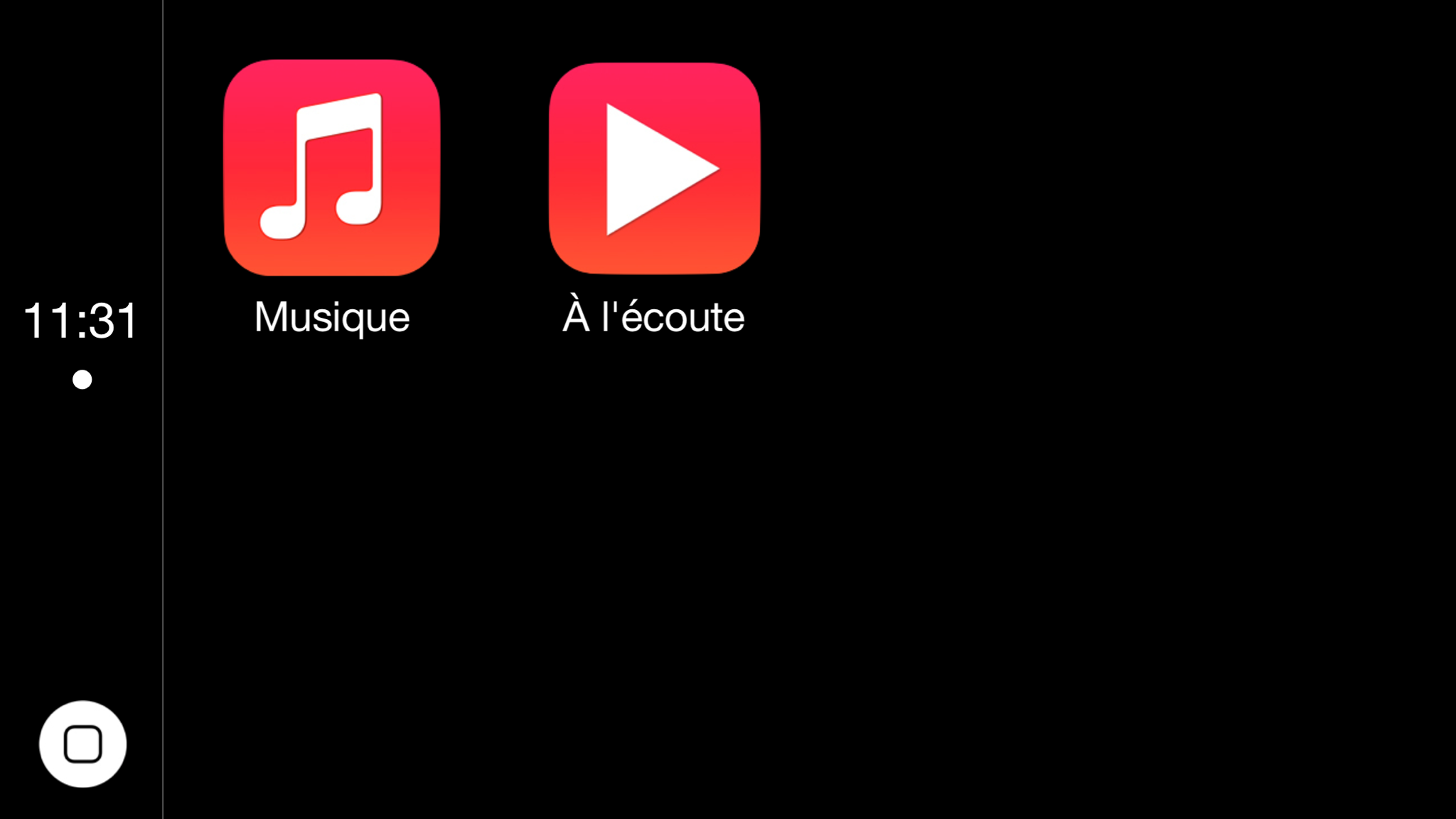 CarPlay iOS is a new jailbreak tweak, available free on the BigBoss repo, that makes the CarPlay head unit interface accessible without the need of an external display.

After installing CarPlay iOS, there are no options or settings to configure. You’ll see a new standalone CarPlay iOS app on the Home screen. Launch the app to open the CarPlay interface right on your iOS device.

As of now, the interface is fairly lacking. It does feature the large, easy to tap buttons, which is a hallmark of the CarPlay interface, but outside of the Music app and the Now Playing app, there’s not much else to be found. 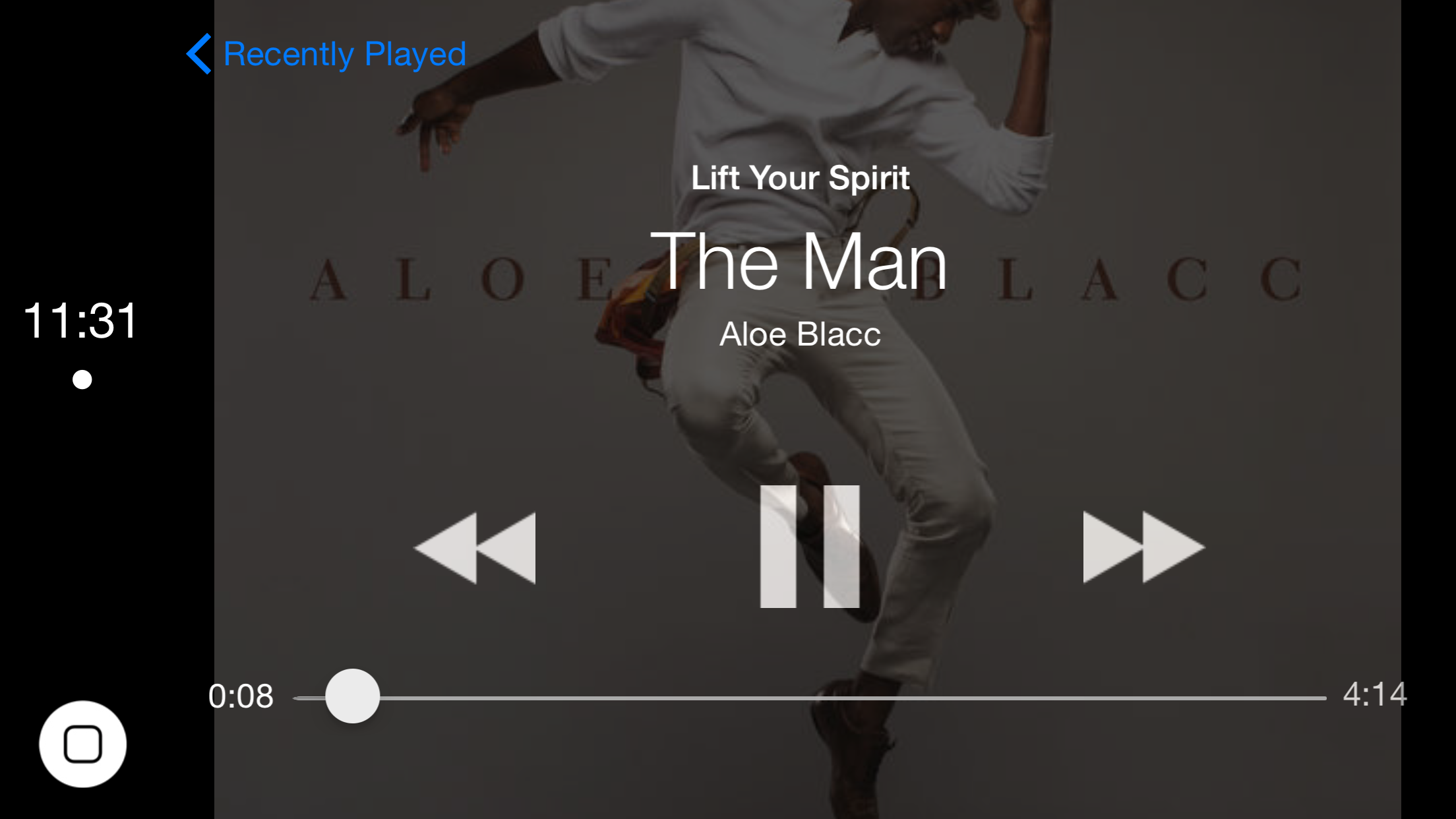 You can interact with the two available apps simply by tapping on them. You can use the virtual Home button in the bottom left-hand corner of the screen to go back to the CarPlay interface’s Home screen.

You’ll also notice that the app is in French, which isn’t really a big deal, as it’s just a demo of the Music app. I found the app to be very buggy, crashing when trying to launch any of the tabs in the Music app. I was able to get some music to play, but it was limited to just a song or two.

Despite this app’s shortcomings, one must remember that this is nothing more than a proof of concept tech demo. It bodes well for the future of CarPlay interface tweaks, and it works very much like I expected something like this to work this early in the game. 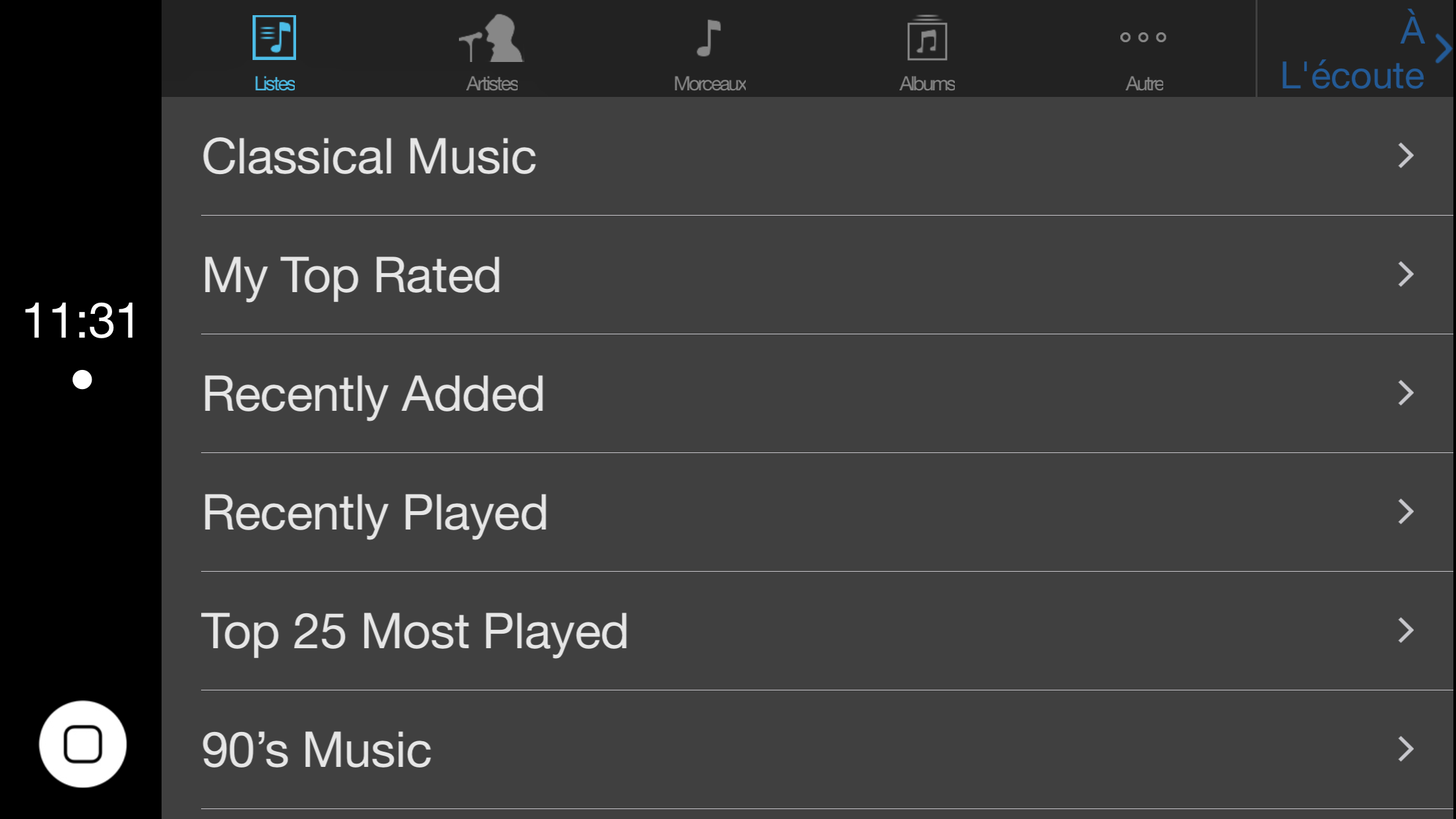 And remember, Adam Bell, a very well-respected developer, is working on his own version of the CarPlay interface for jailbroken iOS devices. This may end up being a great alternative for those who would rather mount an iPad or an iPhone in the car and avoid shelling out hard-earned money for a CarPlay compatible head unit.

What do you think about CarPlay iOS? Of course it’s rudimentary, but can you see the potential behind the concept?