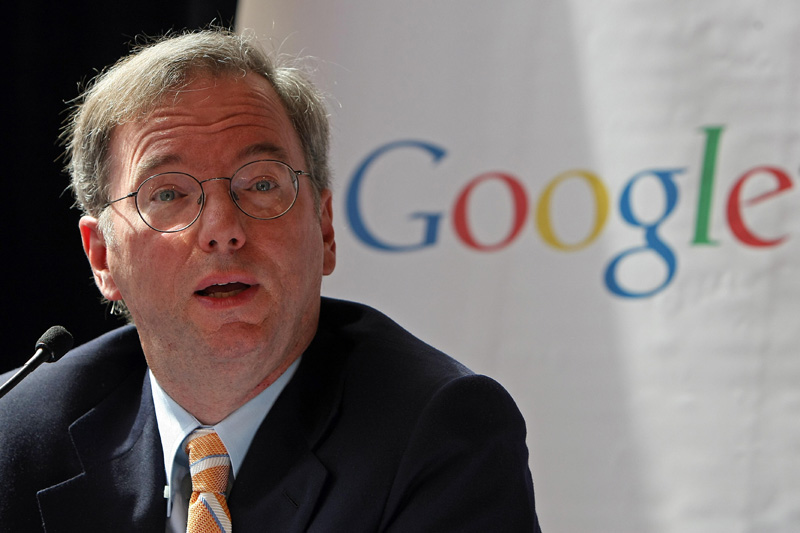 Google chairman Eric Schmidt didn’t have positive things to say about the iPhone 6 and iPhone 6 Plus released to much fanfare last week, as you may expect. Schmidt, who is often credited with speaking loosely, had a bold response when a Bloomberg interviewer asked how he felt about people lined up around the block for the new iPhone.

“I’ll tell you what I think. Samsung had these products a year ago,” Schmidt claimed, referring to the 5.6-inch Galaxy Note that has been crowned with leading the “phablet” market. The 4.7-inch iPhone 6 and 5.5-inch Plus are direct competitors to Samsung’s larger screened devices. Many reviewers, including Walt Mossberg, have called the iPhone 6 the best smartphone on the market.

Schmidt didn’t speak in complete negativity about Apple, calling competition a good thing. “In fact I would say that this brutal competition between Apple and Google over Android and iOS has enormous benefits for consumers worldwide. If you look at the innovation on the Apple side and on the Google side, that competition which I think is the defining fight of the computer industry, it benefits global at the billions of people level.”

The entire interview, seen below, is an interesting one. Schmidt is currently on a book tour to promote his How Google Works.

“It’s always good to have more competitors, but trust me, between Apple and Google you’re seeing enormous, enormous racing.”