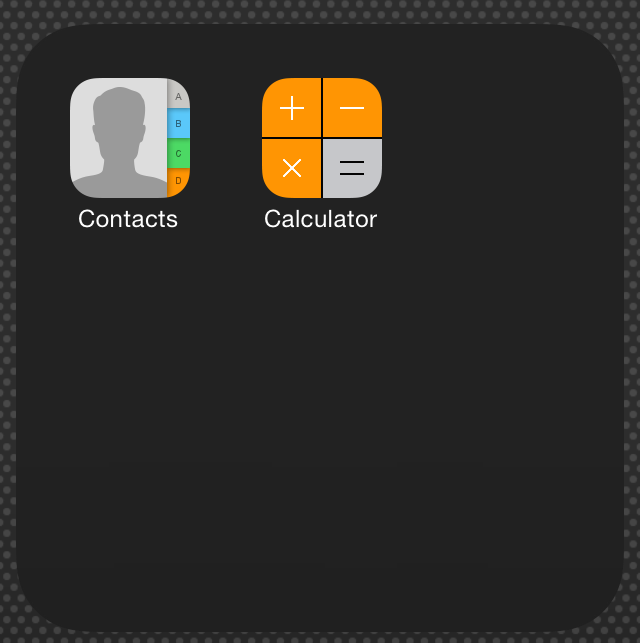 Springtomize 3 has received a critical update for those wishing to properly use the tweak on iOS 7.1.x jailbroken devices. The update, which is free for previous purchasers of Springtomize 3, is now available for download from Cydia’s BigBoss repo.

For those of you unfamiliar with Springtomize, this is a tweak that essentially allows you to customize the look of the Home screen to an insane degree. It’s many tweaks rolled into one good-looking and generally reliable package, and it’s what its developer, Filippo Bigarella, is primarily known for.

I’ve downloaded the Springtomize 3 iOS 7.1.x update and have been playing around with it all day. I can report that the tweak works as expected, and it brings quite a few bug fixes to the table. You’ll also be interested to know that this update brings with it a brand new feature—a dark background for folders. Check out the details after the break.

The update is largely geared towards stamping out bugs to ensure full compatibility with iOS 7.1.x. Longtime users of Springtomize 3 probably won’t see many notable differences, but there is, as mentioned, one new feature thrown into the mix. 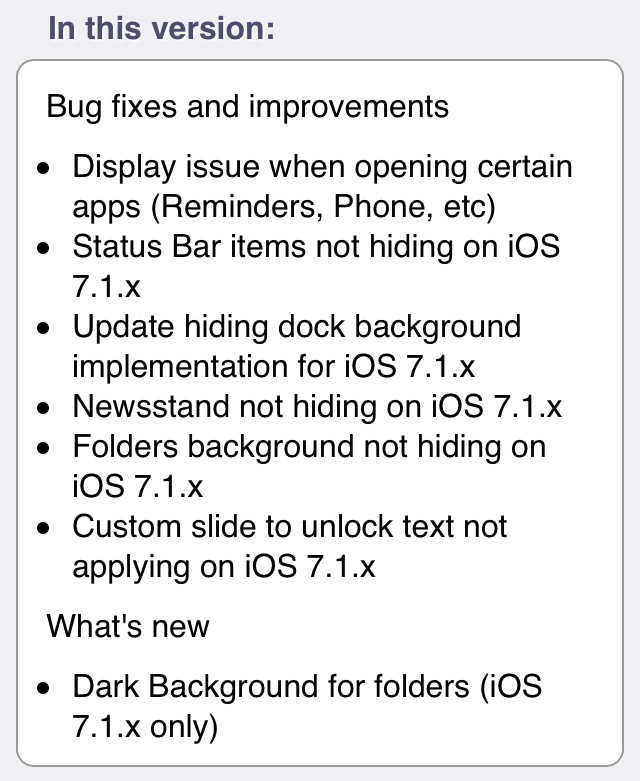 The Springtomize 3 iOS 7.1.x update is ready for download on the BigBoss repo. New users will need to shell out $2.99 to join the fun. As mentioned, prior users can enjoy the update for free.

What do you think of the latest Springomize update? Sound off in the comments below.