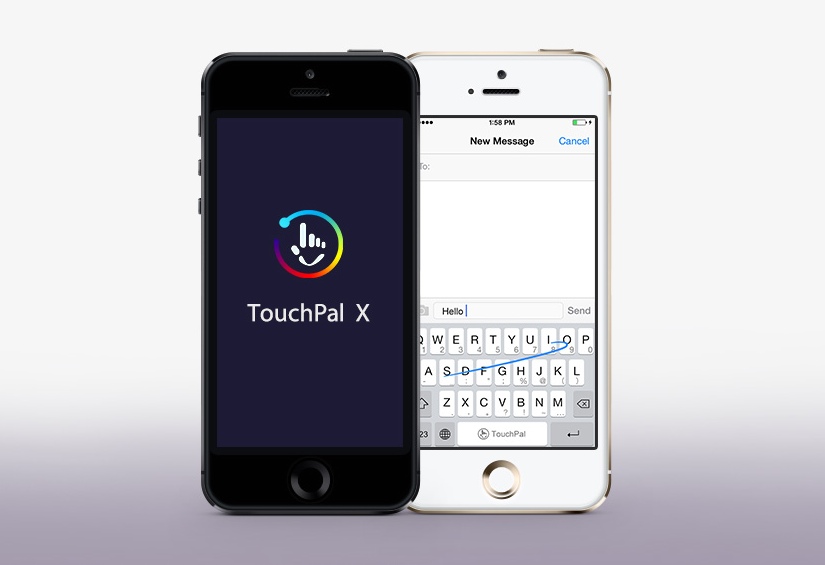 You already know Apple at last week’s WWDC gave its developer army the tools to build custom keyboards for iOS 8. It’s all part of making the mobile operating system extensible, customizable and more open to developers than ever before.

We also know that Swype, Fleksy and SwiftKey, as well as KeyPoint and Whirlscape, are all building their iOS 8 keyboards and now TouchPal has demoed its upcoming TouchPal X keyboard running on iOS 8.

Billed as “the first iOS 8 keyboard with gesture/sliding input,” next word prediction and other features, TouchPal X allows you to slide over letters for a word, up for a number and down for a symbol.

Before we get down to it, it’s worth mentioning that TouchPal is one of the most popular keyboard apps on Android with over 150 million users worldwide.

Having successfully ported the basic Android keyboard experience over to iOS 8, there is still work left to be done even though this early build does look promising.

Since the video showcases work-in-progress code, features are bound to improve before Apple starts accepting third-party keyboard submissions ahead of iOS 8’s public launch this Fall.

For what it’s worth, developers have assured us that both autocorrect and predictive word suggestion will make their way into the final build.