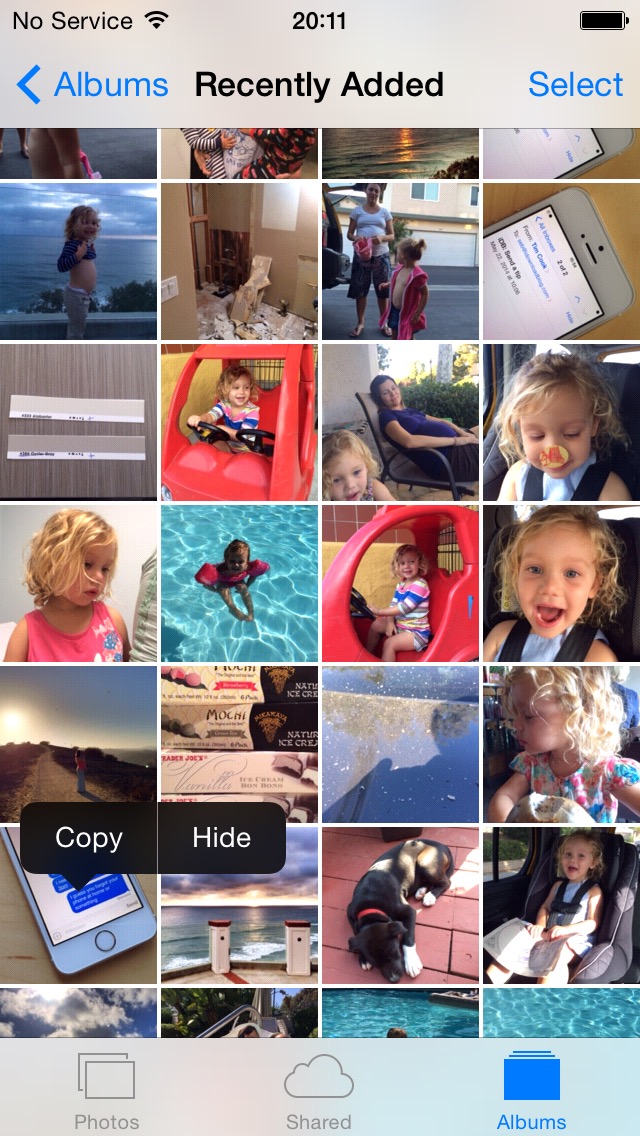 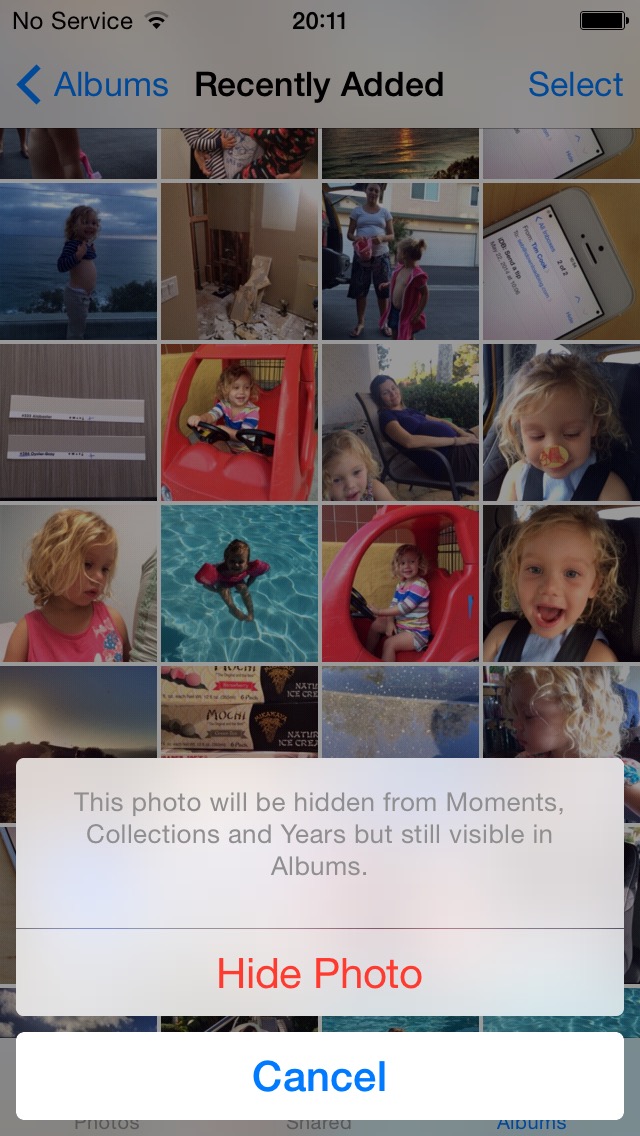 In addition to headline new features, we continue to discover tons of minor but welcomed changes in iOS 8 and OS X Yosemite that you’ll no doubt love when these operating system upgrades launch for public consumption this Fall.

One of such gems is the ability to hide images from the Photos app. The stock Photos app in iOS 7 introduced a fresh design and brought new photo grouping layouts.

Now, though iOS generally makes it easy to create on-device albums and add photos to an album, up until now there was no way of hiding photos from the main view…

It couldn’t be simpler: just tap and hold on a photo in the Photos app and choose Hide from a pop-up and confirm. As evidenced on the screenshots iDownloadBlog reader Carlos Rezende sent in, choosing Hide makes the photo hidden from Moments, Collections and Years.

Oddly enough, it won’t hide the photo from Albums so if you’ve previously added an image to an album, choosing Hide won’t temporarily remove it from the album view.

Still, it’s a nice addition to the arsenal of features in the stock iOS 8 Photos app.

Among other enhancements to Photos in iOS 8: new editing tools, search by date/time/location/album name with smart suggestions, iCloud sync of the full libraries (videos + full resolution photos) across all devices (a feature aptly named iCloud Photo Library), support for third-party filters and editing tools and more.