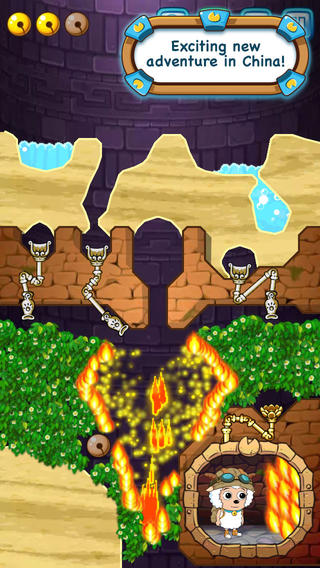 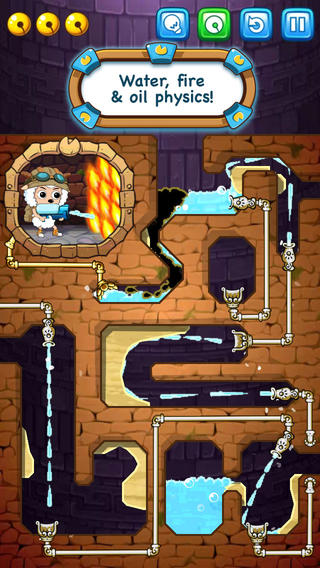 Where’s My Water? by Disney Mobile has proven itself a worthy challenger to Rovio’s Angry Birds, the famous bird-slinging physics-based puzzler some folks feel has long run its course. For those unfamiliar with Disney’s puzzler, it’s available across multiple platforms and requires you to route a supply of water to a fastidious alligator.

Disney has now launched another title in the series, Where’s My Water? Featuring XYY, which takes you on an adventure through medieval China along with the brightest Chinese TV cartoon character, called XYY.

“Help XYY save his friends trapped in the underground city and play brand new elements such as fire and oil to defeat the clumsy Big Bad Wolf!,” reads the blurb.

We’re basically talking more than eighty new levels here, which should be enough to keep you going for a week or so. There are of course new power-ups to earn and new fire and oil mechanics in the underground city to explore, with lots of ancient collectibles that unlock bonus puzzles. 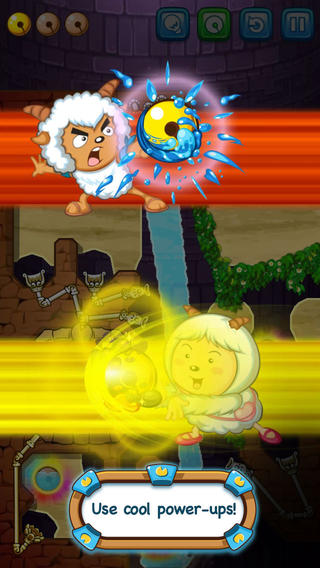 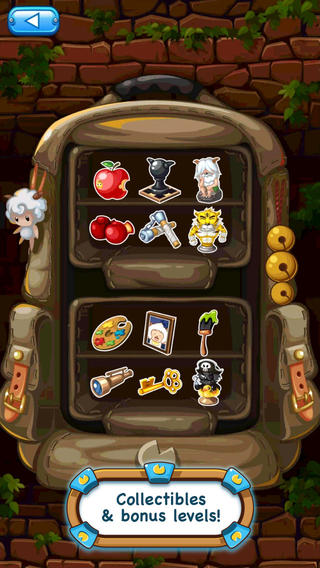 So what’s the story behind XYY and Big Bad Wolf?

XYY is a happy and clever sheep living on the greenest hill along with his friends and family. On the other side of the hill lives a clumsy and hungry Big Bad Wolf who desperately wants to capture all the sheep to cook a delicious lamb meal.

Download Where’s My Water? Featuring XYY in the App Store for $0.99.

The game runs natively on the iPhone, iPod touch and iPad devices running iOS 6.0 or later, with the installer coming in at 55 megabytes. It won’t run on the fourth-generation iPod touch or earlier, the original iPad and the iPhone 3GS or earlier.