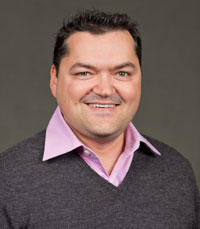 Apple has made another high-profile hire, having poached Benoit Dupin, Vice President of Amazon A9′s Search Technology group, according to the executive’s professional business profile on LinkedIn.

Benoit, who brings over fifteen years of international technology industry experience within a wide range of disciplines, has left Amazon to help Apple improve search features in its own mapping service, sources speculated on Tuesday.

He isn’t the first Amazon executive to have left for 1 Infinite Loop. Back in October 2012, Apple hired away another prominent Amazon search technologist, William Stasior, who is now working with the Siri team…

His LinkedIn profile confirms that he began his position as a director at Apple this month (via 9to5Mac). His former profile on Amazon’s website listed him as Vice President of Search Technology for Amazon’s A9 team.

The A9, based out in Palo Alto, California, is Amazon’s subsidiary focused on developing search and advertising technology.

A9 Product Search is a small group of remarkably smart people handling complex problems at scale, and enjoying it.

We have a major impact on the search experience of millions of customers worldwide, as we help them find what they need.

Benoit joined the A9 team in 2007, around the same time Apple launched the original iPhone, and has since held roles in Search Infrastructure, Search Experience as well as Search Relevance. He also did research on distributed systems as a Phd Student at INRIA.

Given his expertise in search and taking into account Amazon.com’s vast and searchable online product database, he’s likely to make significant contributions toward improving search features in Apple Maps.

According to 9to5Mac, Benoit will be also helping advance search for Apple’s iTunes Store and the App Store teams, possibly filling in for Cathy Edwards, the former CTO of Chomp, who left Apple last month.

The timing of this particular hire is interesting as Burberry’s outgoing CEO Angela Ahrendts is scheduled to take over Apple’s retail efforts as the company’s new Senior Vice President of both retail and online stores.

At any rate, I’m glad Apple has sought some outside help because search on the App Store, Apple Maps and the iTunes Store leaves a lot to be desired, even with the App Store’s latest search suggestions feature addition.