I’m not big into social networking—Facebook, Path, Instagram, etc.—but I’m a longtime and frequent user of Twitter. I could give you a dozen reasons why I like it, but it comes down to its pool of high-profile users and its in-line streaming design.

That design, however, could be going by the wayside in the not-too-distant future. Twitter has been caught testing a major redesign for user profiles and tweet streams which features larger photos, rearranged tweets, and several other UI changes…

Here’s a screenshot of the new design, courtesy of Mashable’s Matt Petronzio: 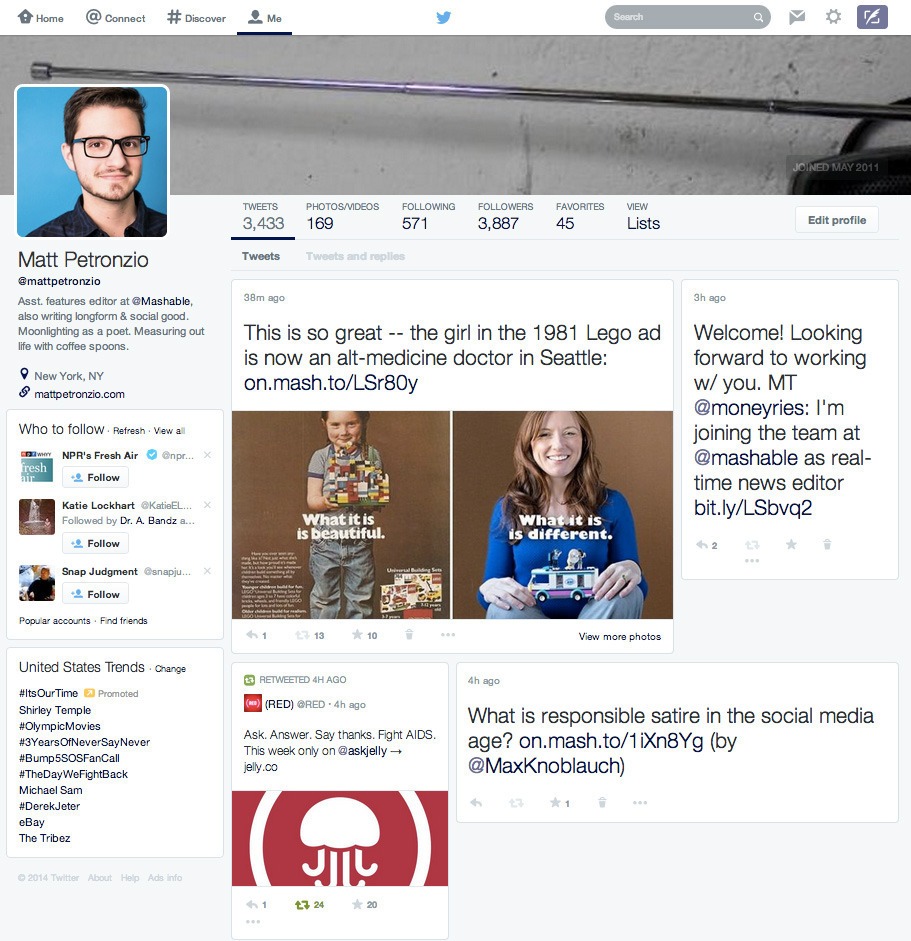 And here is the report from Mashable:

“Mashable assistant features editor Matt Petronzio spotted on Tuesday a huge update to his Twitter profile page, with the main picture and bio scaled to the left and significantly more real estate dedicated to the header photo.

In addition, under the header photo lives the count for tweets, photos/videos (a new category called out on the profile), following, followers, favorites and view lists. Tweets are also much larger and more photo centric than before.”

The news comes just days after Twitter began rolling out its latest design to the public after weeks of testing. That rollout brought the social network’s web apps more in-line with its native mobile apps, but this appears to be a complete makeover.

There’s no word yet on when, or if these changes will make their way to end users, or how it will impact Twitter’s iOS app and other third-party clients. But here’s hoping it doesn’t. While it looks nice, I fear it’d greatly disrupt the flow of the service.

What do you think about Twitter’s proposed new design?