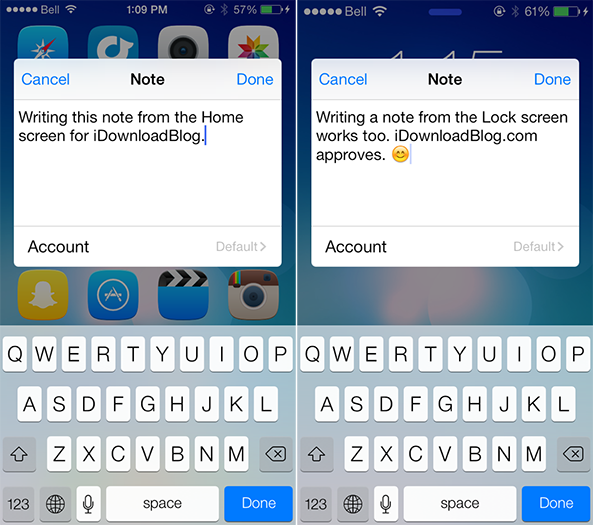 As a post-secondary student, I am always recording notes on my iPhone during lectures since iCloud automatically syncs them to my MacBook Pro and iPad at my desk back home. For that reason, a new jailbreak tweak called NoteCreator is a simple but useful iOS extension that comes in handy for notetakers like me.

Simply put, the tweak allows you to create notes from anywhere on iOS thanks in part to Ryan Petrich‘s ever-so-popular Activator tweak. If that sounds useful to you, keep reading…

NoteCreator has similar design and functionality to that of biteSMS, with a quick compose prompt for typing new notes. It is also similar to the systemwide sharing for Facebook and Twitter that Apple integrated into iOS a few years back, but for note-taking purposes. The tweak has been translated in nine different languages for use worldwide. They are English, German, Greek, Italian, Norwegian, Polish, Simplified Chinese, Spanish and Traditional Chinese. 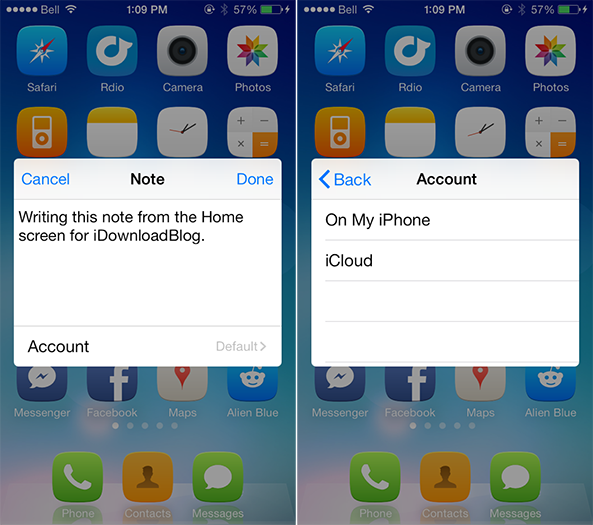 To activate NoteCreator, you must configure an action in Activator such as triple tapping the Home button or single tapping it for a few seconds.  Simply go to the Settings app, tap on the Activator menu and assign “Notes Creator” to a system action. Then, when you invoke that action, the quick compose prompt will appear and you can write notes. Tap on “Done” when you are finished, and the note will automatically show up in the Notes app. By tapping “Account,” you can choose to sync notes on your iPhone or to iCloud. 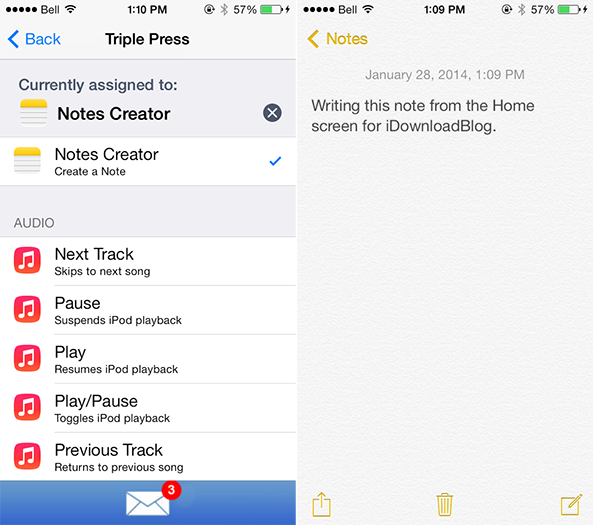 You’ll need an iPhone, iPad or iPod touch running iOS 7 or later — it is also backwards compatible with iOS 6 — to install NoteCreator. The tweak, by the JGTweaks team, is available now on Cydia for free in the default ModMyi repository. If you are a fan of simple jailbreak tweaks like this one, there are several others of its kind. I recommend taking a closer look at BetterFolders, ClassicDock, and DynamicText just to name a few.

What is your favorite note-taking app for iPhone or iPad? Here’s some of ours.