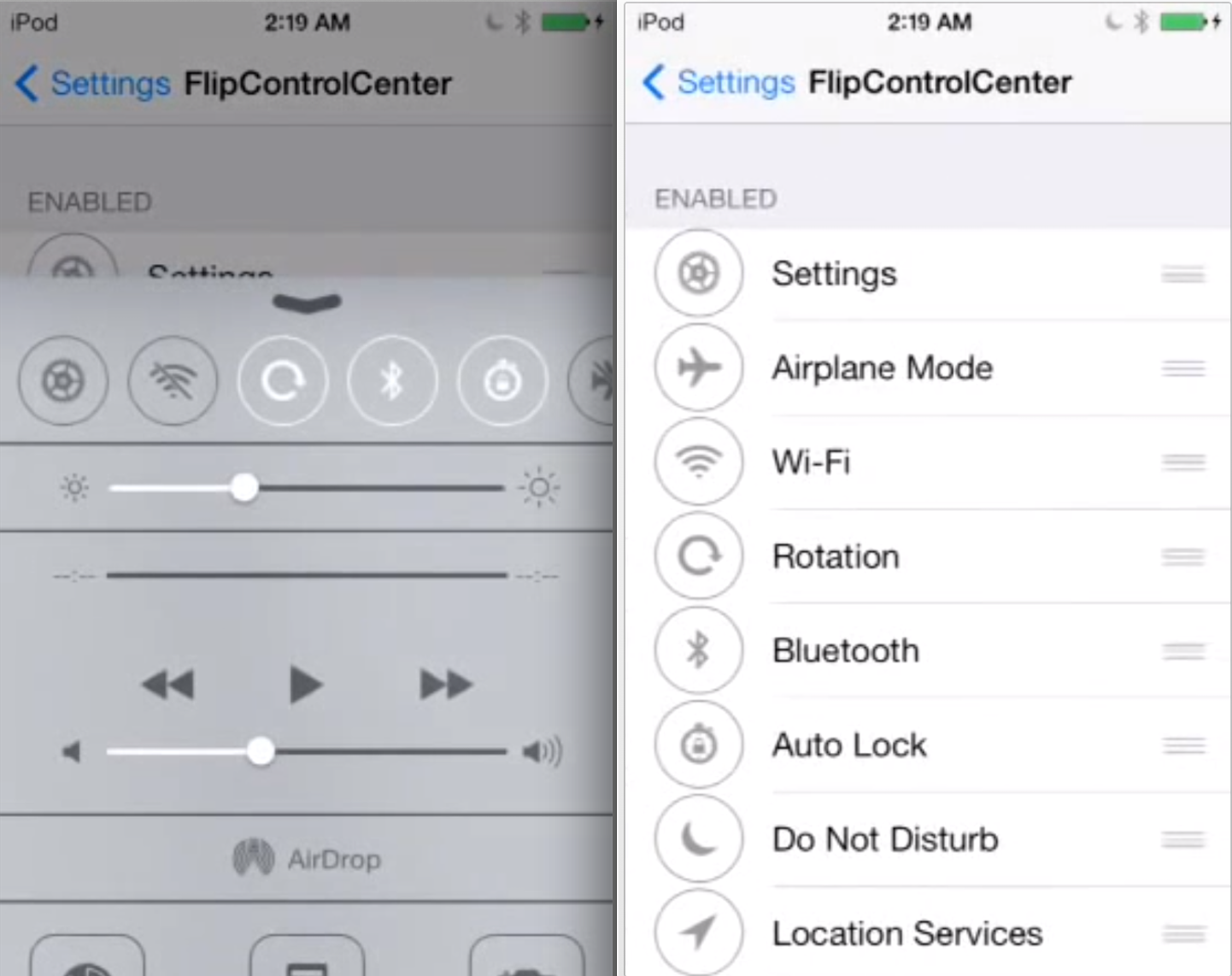 Earlier this week, Ryan Petrich showed off a couple of his jailbreak tweak projects he’s been working on for iOS 7. One was Display Recorder, a utility that has been around for quite a while, and the other was a new tweak called FlipControlCenter.

For those that missed the clip, FlipControlCenter allows you to customize the Control Center in iOS 7 by adding new toggles to the menu, and rearranging them. And now you can try it yourself because Petrich has released a free beta of the tweak…

Since iOS 7 was first shown off in June, jailbreakers have been chomping at the bit for Control Center tweaks. The new menu is like a combination of SBSettings, Music Controls Pro and other packages, and we’re excited to see what devs can do with it.

And Petrich’s new FlipControlCenter tweak is one of the first to take advantage of the new feature. It allows you to set the number of toggles shown at the top and bottom of the menu, as well as add new toggles like Respring, LTE, Auto Lock and more.

To try it out for yourself, just add Ryan’s personal repo ( http://rpetri.ch/repo) to your list of Cydia sources. Unfortunately, it looks like this is only available for older devices right now while developers continue to work on compatibility for the A7.