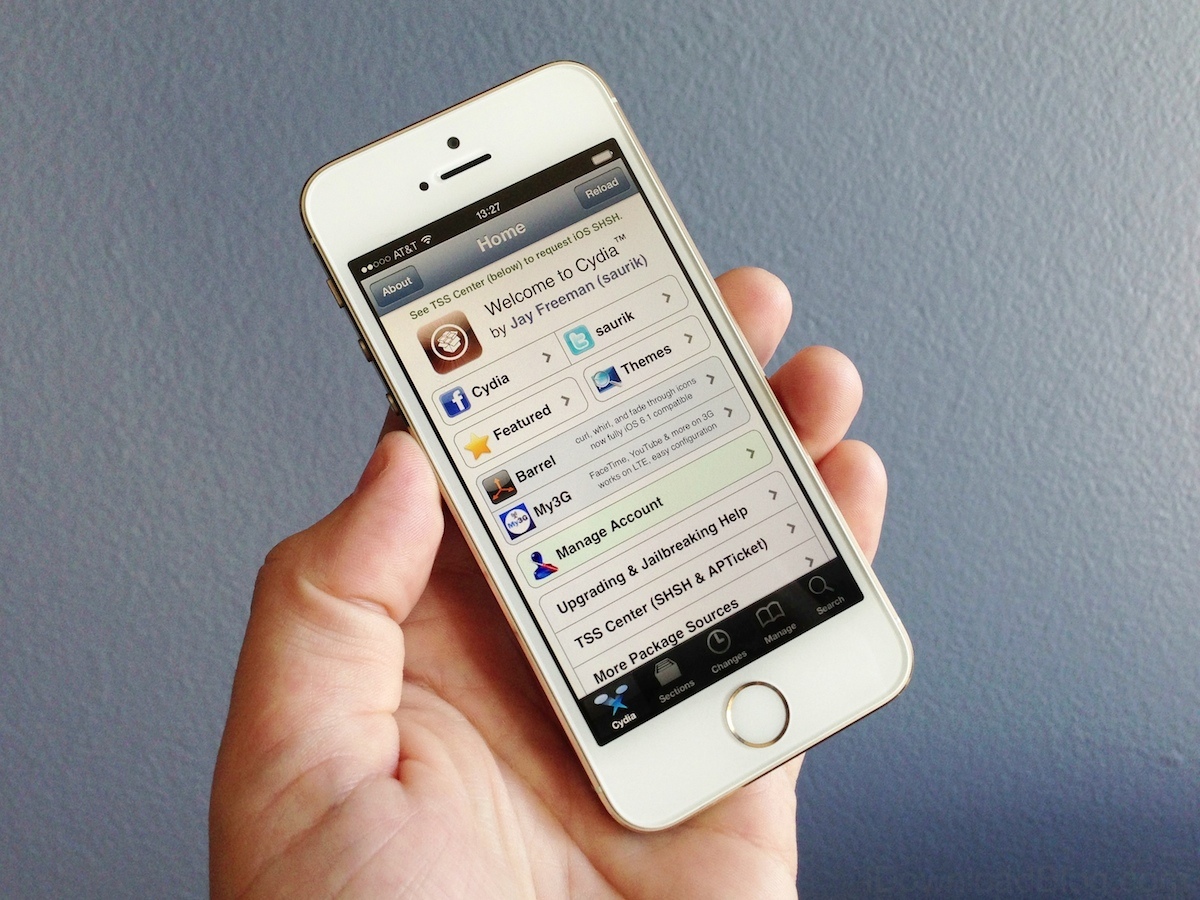 While much of the emphasis has been placed on the arrival of popular jailbreak tweaks such as BiteSMS and Zeppelin, a number of lesser-known iOS extensions have also been released or updated for iOS 7 in recent days. Before you get too excited, remember that these tweaks are incompatible with the iPhone 5s, iPad Air and second-generation iPad mini until a MobileSubstrate update arrives. But if you are still rocking an older iOS device, read ahead for a quick look at five tweaks to explore this weekend… 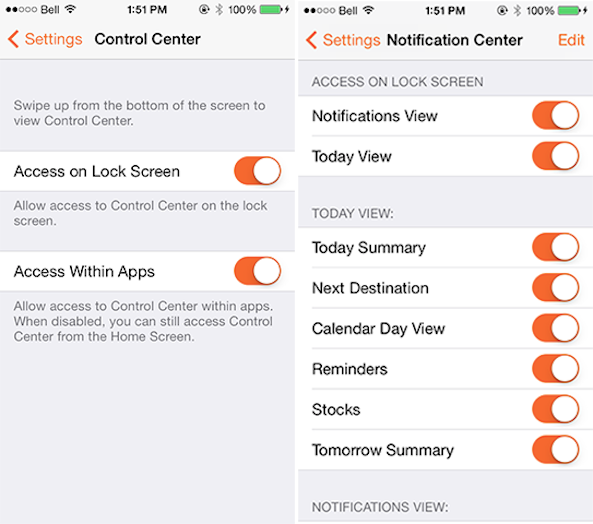 While it has not officially been updated with iOS 7 support, Emphasize still allows you to customize the color of app labels, toggle switches and many other UI elements. Once installed, navigate to the Emphasize menu in Settings and you can select from a long list of color schemes: graphite, butter, orange, chocolate, chameleon, sky blue, plum, scarlet red, viridian, olive, steel, sienna, watercolor and hot pink. This tweak works flawlessly on my iPhone 5 running iOS 7.0.4, although your personal mileage may vary. Emphasize, the work of iOS developer Ryan Petrich, is available on Cydia under his rpetri.ch/repo repository. 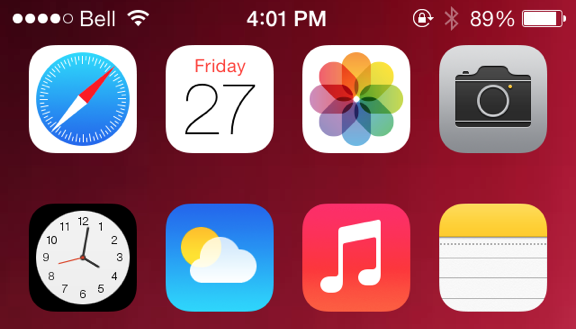 The purpose of this jailbreak tweak is simple — it allows you to hide icon labels. The tweak includes other options for the rotation angle, transparency and scaling of the dock and icons, but developers John Corbett and Joel Einbinder are still working on an iOS 7 update for those features. According to Einbinder, the new build should be released in just a few days. Bigify is a free package on Cydia from the default BigBoss repository. 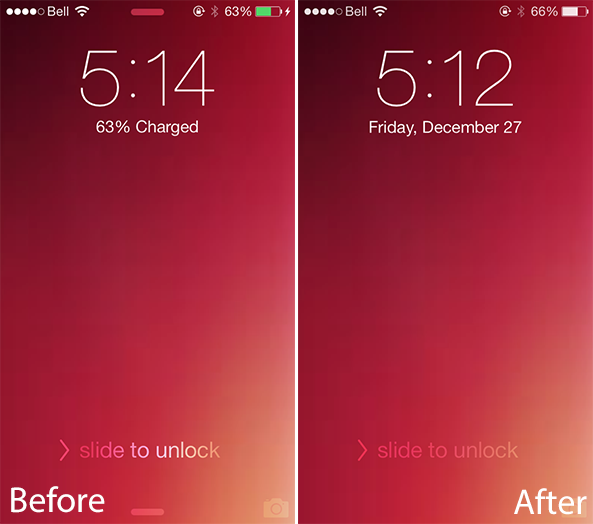 iPhone and iPod touch users looking to simplify their device setup should find good use in TabLess, a new jailbreak tweak for iOS 7 that removes the two pull tabs from the Lock screen. Control Center and Notification Center are still accessible by swiping the top or bottom of the screen, just without those obtrusive grabbers in the way. If you like to theme your device, this tweak is especially useful. TabLess can be installed for free on Cydia in the default ModMyi repository.

Notification Center on iOS 7 has three tabs: all, today, and missed. As you would expect by it name, NCAllOnly is a basic jailbreak tweak that removes the “today” and “missed” tabs entirely, leaving you with just the “all” screen as it used to be on iOS 6. Simple, but useful. This is another tweak that probably caters towards themers, and can be installed for free on Cydia on the BigBoss repository. 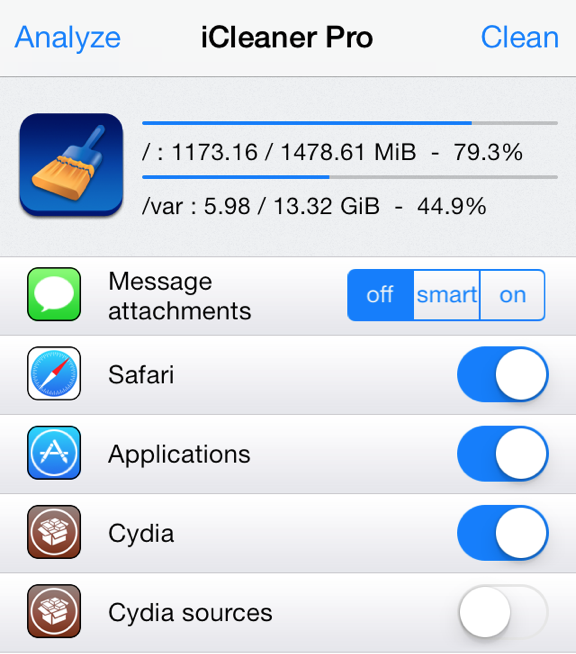 Jailbreaking your device can take up a lot of space, and that is where iCleaner Pro comes in handy. Recently optimized for iOS 7, this jailbreak tweak scans the iOS filesystem to find and remove unnecessary files, such as large app caches from Safari, log files, temporary files, and Cydia package remnants.

iCleaner Pro 7.1 was released as a beta for iOS 7, and the developers are currently looking for feedback on the new version. You can install iCleaner Pro 7.1 on Cydia by adding the repository exile90software.com/cydia/beta/ to your sources. As with any tweak, backing up your device to iTunes or iCloud is highly recommended.