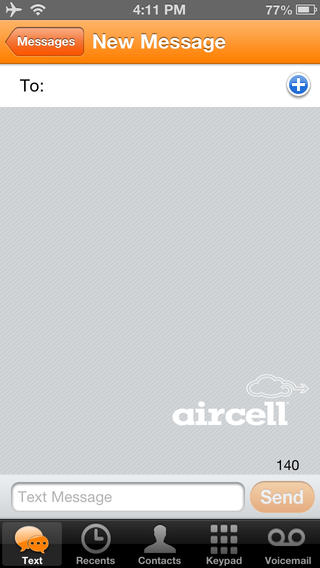 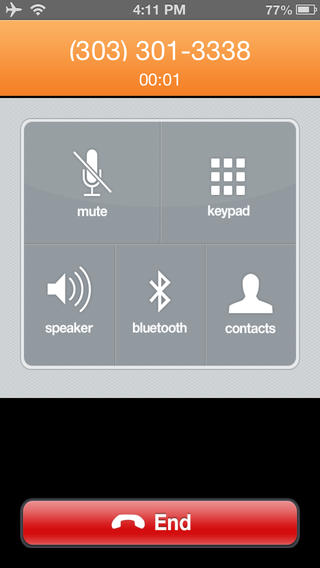 In-flight Wi-Fi provider Gogo is rolling out a new feature that will appeal to busy travelers who’ve always hated not being able to send or receive text messages and phone calls while spending a couple hours in the air. This is now possible, and using your own phone number, too.

Gogo’s new Talk & Text solution does not require that airlines retrofit their aircraft with additional equipment, but you clearly can’t just use stock Messages or Phone app as the cellular signal is non-existent 30,000 feet in the air.

Gogo instead requires you to use their new Gogo Text & Talk iPhone app (coming soon to Android) to send and receive text messages and phone calls via Gogo’s in-flight Wi-Fi networks. The software also lets you use your the iOS address book and check your voicemail…

All calls and texts in the air will be saved, and can be deleted, from Gogo’s app. As the app requires Wi-Fi connectivity to relay SMS and phone calls, you can safely put your device in Airplane Mode and still be able to receive and send texts and phone calls.

Gogo already has agreements with 200+ carriers worldwide to support the new service, though the company had not divulged pricing and availability information at post time.

Engadget had a chance to test-drive Text & Talk using both an iPhone and an Android device and said texting worked as advertised.

The only caveat is that the app currently supports simple text messages only. If you want to attach a picture, you can still do it on iMessage, but with Gogo, at least, you’re out of luck.

The voice calling experience, according to Engadget, suffered from an annoying delay and voice quality issues.

While we see this as more of a text messaging product for commercial airlines in the United States, the phone functionality is something that some international air carriers and our business aviation customers are asking for.

Unfortunately, the new service is only available for business aircraft with active Gogo Biz voice service and won’t be available on commercial airliners for the time being.

As The Verge reports, Gogo is in talks to get the service up and running on commercial airlines sooner than later. The service can be easily bundled in with Gogo’s traditional Wi-Fi offering as it doesn’t require new equipment.

Gogo’s own survey paints Apple’s iPhones and iPads as dominating in-air use with a commanding 84 percent share in 2012. The iPad was the most popular device to access GoGo’s in-flight Wi-Fi networks, with laptops coming in second, followed by iPhones. 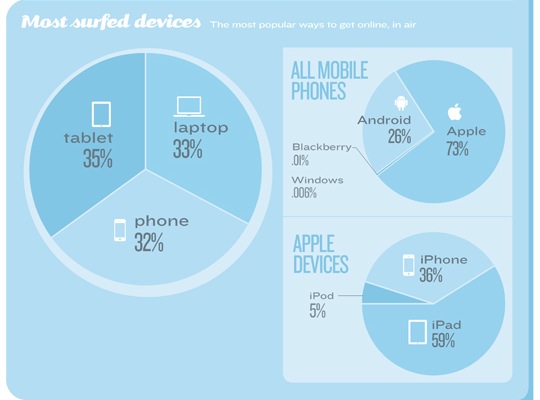 The Federal Aviation Administration (FAA) recently announced that passengers will be permitted to use tablets and smartphones in-flight before year’s end. Devices will need to be set to Airplane Mode and other restrictions will apply.

American Airlines became the first airline to implement the new rules and allow its customers to use gadgets gate-to-gate, with other airlines no doubt set to follow American’s lead soon.