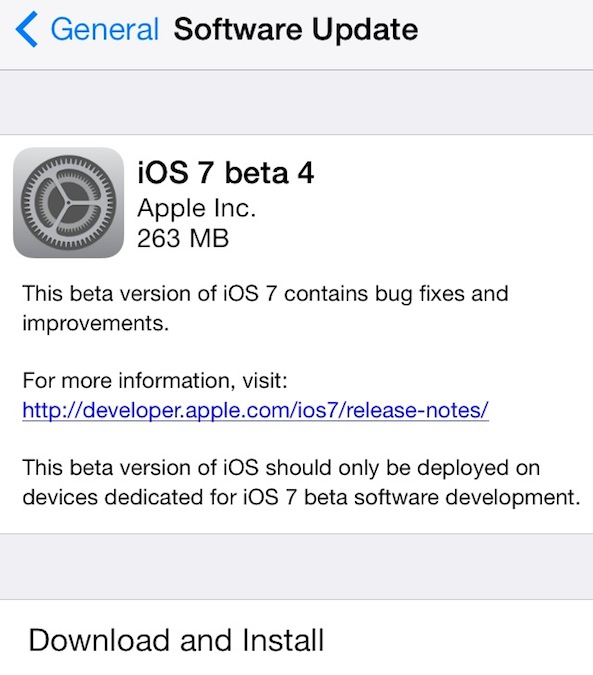 As expected, Apple has released the fourth beta of iOS 7 this morning. The update comes three weeks after the release of beta 3—longer than the the time period between previous betas due to a lengthy Developer Center outage caused by a security breach.

Beta 4 is available now to all registered Apple developers via OTA (over the air update), which can be installed by visiting the Software Update section in the Settings app of devices that currently have iOS 7 installed. And it should post soon to the dev portal…

The previous beta brought about a number of UI tweaks and changes in apps like Music, Mail, Weather and the Notification Center. There were also several performance improvements made, making the firmware faster and more reliable than previous releases.

The fourth beta is available for compatible iPhones, iPads and iPod touch models. We’re currently installing it ourselves, and will be reporting back with any new stuff we find. So make sure you keep checking back with this post throughout the day for changes.

And as always, we welcome you to let us know if we missed anything by e-mailing us at tips@idownloadblog.com.

As we continue to dig through the new information in iOS 7 beta 4, we’ll be listing any major changes we find below: