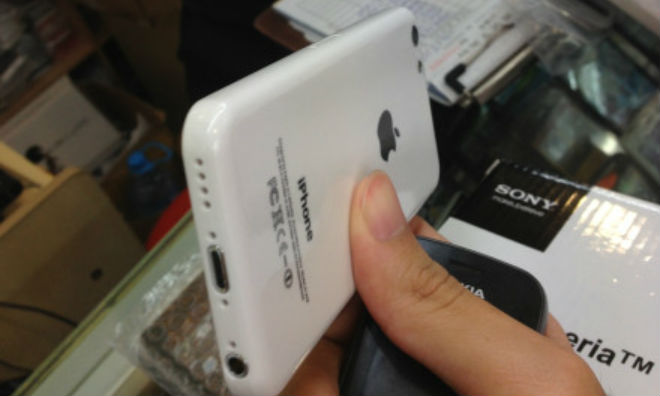 Now, we’ve seen these things previously shown off extensively in a high-resolution video, hires close ups and a bunch of  previously published photographs. What distinguishes this particular “leak” from others are the certification markings on the back – and that’s an unexpected treat in my book…

As first noted by iPhone5Skopen.com, the photo emerged in a post over at Weibo, China’s popular micro-blogging service.

As you can see for yourself top of post, the plastic backplate shows the iPhone logo as well as notices and markings from the FCC and other certification authorities.

The previous leaks only had the iPhone logo imprinted on the back, have a look below. 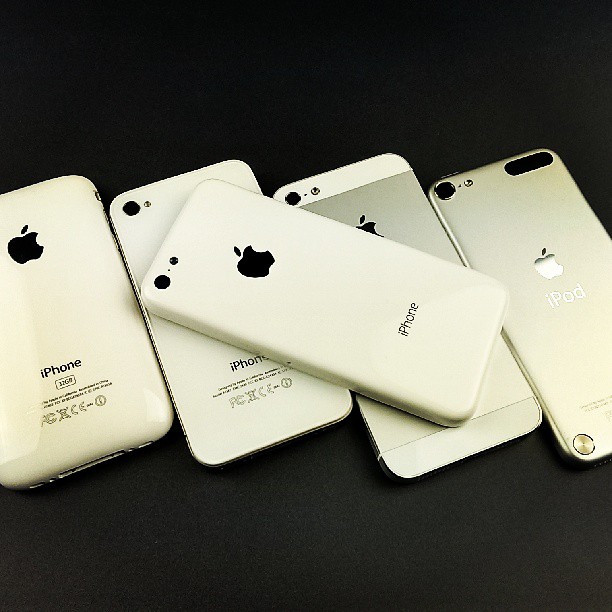 The plastic iPhone vs iPhone 5 by Michael Kukielka on Instagram, via Chris Herbert.

You’re advised to take this with a grain of salt.

For starters, the iPhone typeface on back (the shot top of post) looks a little bit thicker compared to the previous leaks, though it’s difficult to tell for sure due to the sharp angle of the shot.

For all we know, this could be a 3D-printed practical joke of someone with too much time on their hands. Also worth mentioning: the markings suggest certification bodies such as FCC had already approved the device.

We’re expecting both the iPhone 5S and the rumored budget iPhone (sporting a tweaked CPU with 1GB RAM) around the September-October timeframe. Now, some watchers speculate Apple might drop the iPhone 5 after the new models arrive so the simplified lineup should include only the ‘iPhone 5S’ and the ‘iPhone lite’, each apparently available in several different colors.

This makes a lot of sense to me.

The ‘iPhone lite’ (or budget iPhone) is thought to be a mid-tier device rather than a a bargain basement cheap iPhone. As such, it should effectively replace Apple’s older devices – the $450 iPhone 4 and the iPhone 4S – to become the new entry-level choice tailored to budget-minded consumers.