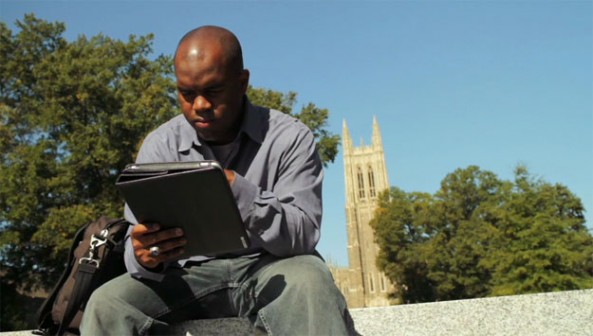 Boston University (BU) could reap $75 million in a patent-infringement lawsuit filed against Apple Tuesday. The lawsuit centers on a patent filed in 1995 by a university professor which the school charges is used by the iPhone 5, iPad and MacBook Air.

The university has filed eight “identical” lawsuits against other device makers, including Samsung and Amazon. To bolster its argument that Apple should pay, the school is set to claim it is already receiving licensing fees for using the patent, according to a local report…

“Defendant’s acts of infringement have caused and will continue to cause substantial and irreparable damage to the University,” Boston University alleges in its complaint filed with the U.S. District Court of Massachusetts.

Patent No. 5,686,738 titled ‘Highly Insulating Monocrystalline Gallium Nitride Thin Films’ lists computer engineering professor Theodore D. Moustakas as the inventor and the Trustees of the University of Boston as the owner.

“BU plans to illustrate that at least one other company pays a licensing fee to use the component in question,” reports The Boston Herald, citing an unnamed “person familiar with the suit.”

The paper quotes Endpoint Technologies Associates analyst Roger Kay that the lawsuit could be worth as much as $75 million for the university, despite the appearance of being a patent troll.

“Courts can be irrational in these case,” Kay told the Herald.

You get these ridiculous judgements sometimes and they may think of Apple as a big, rich company that doesn’t deserve all that money.

Apple is often the target of companies seeking to cash in on their patent portfolio.

Recently, the Obama White House directed government agencies such as the U.S. Patent and Trademark Office to tighten their oversight of patent ownership.