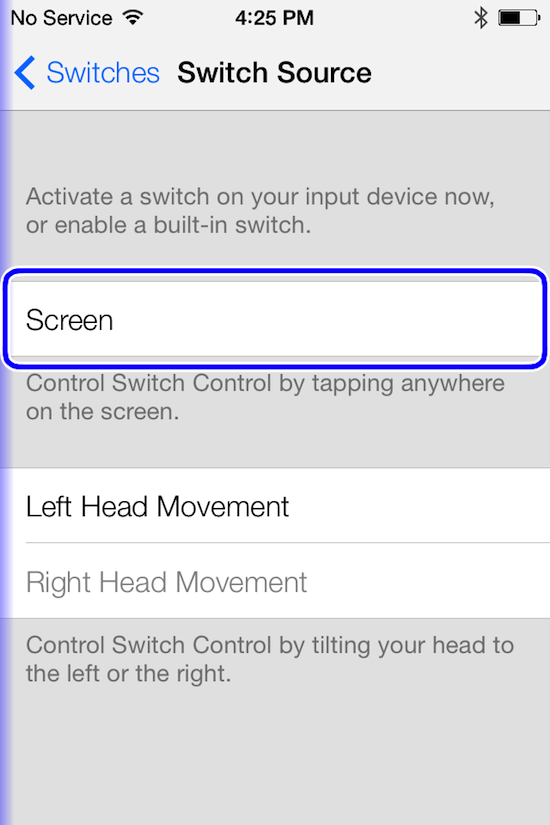 This is kind of interesting. Hot on the heels of yesterday’s report that iOS 7 includes the ability to detect smiling and blinking faces, comes word of another odd new feature onboard: the ability to control your iPhone or iPad with head movements.

That’s right, tucked away in the Accessibility section of the Settings app in the latest beta of Apple’s new OS is a toggle that activates a new head tracking feature. Once enabled, users can control their iOS devices with simple left to right head nods…

9to5Mac was first to spot the discovery, reporting that an anonymous tipster sent in the gem. It’s not hidden, like other stuff we’ve covered, so anyone on the latest iOS 7 beta can find it. Just tap Settings > General > Accessibility > Switches > Switch Source.

The way it works is that a blue box will slowly bounce around to different buttons, toggles and other UI elements on your screen. When it lands on the object, or group of objects you’re interested in, a quick nod of your head will initiate an onscreen tap.

Though it seems to be fairly accurate, it’s extremely tough to get the hang of. In fact, my iPhone 4S is kind of stuck right now because my screen won’t scroll down far enough for me to turn off the tracking. I know, it’s a beta. I’m just giving you a heads up.

It doesn’t look like Apple has anything planned for the feature outside of accessibility, so don’t expect to see Galaxy S 4-type gesture actions. But nevertheless, it’s cool to see Apple finally start tinkering with all of those sensors it stashes in its iOS devices.