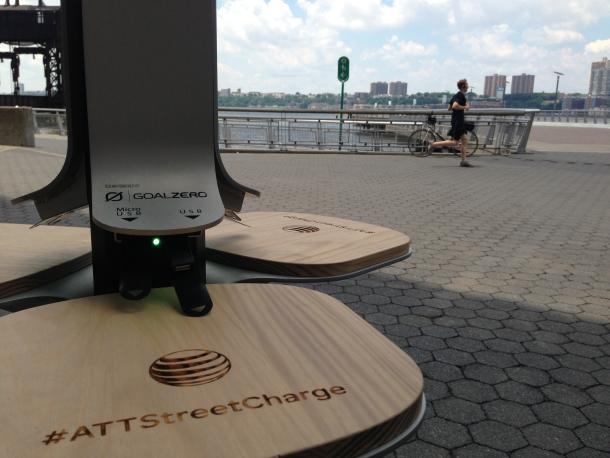 This is quite interesting. It appears that AT&T has begun installing charging stations in parks throughout New York to help keep smartphones and other mobile devices up and running. The stations are solar-powered and capable of charging a wide range of gadgets.

The carrier says that the new Street Charge project was born out of its work during the recovery from Superstorm Sandy. After the hurricane ripped through most of the eastern US, AT&T setup charging stations in the blacked out areas. And now it’s expanding on the idea…

The project is still in the trial phase, but AT&T has already constructed 25 of the 10-foot-tall steel structures. The stations are free-standing, with no external wires, and offer built-in Micro USB cables, 30-pin cables, Lightning cables, and USB ports for charging other devices. 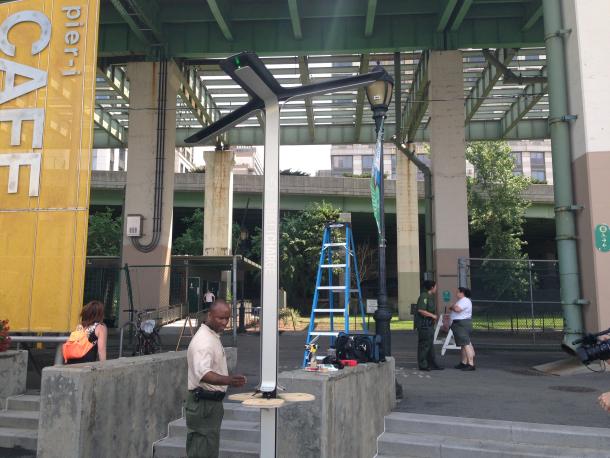 Packed full of batteries, one station is designed to provide 3-4 days of continuous juicing on a full charge. With its three-pronged tower of solar panels, it only takes each structure about 4 hours to reach a full charge, and CNET says they can even absorb rays on cloudy days.

Perhaps the coolest thing about Street Charge is that AT&T is footing the bill for everything, which means no costs for users or tax payers. The carrier says it will track usage on its current stations and then look at expanding the project to other cities. I can’t wait until it lands here.

What do you think of the Street Charge project?