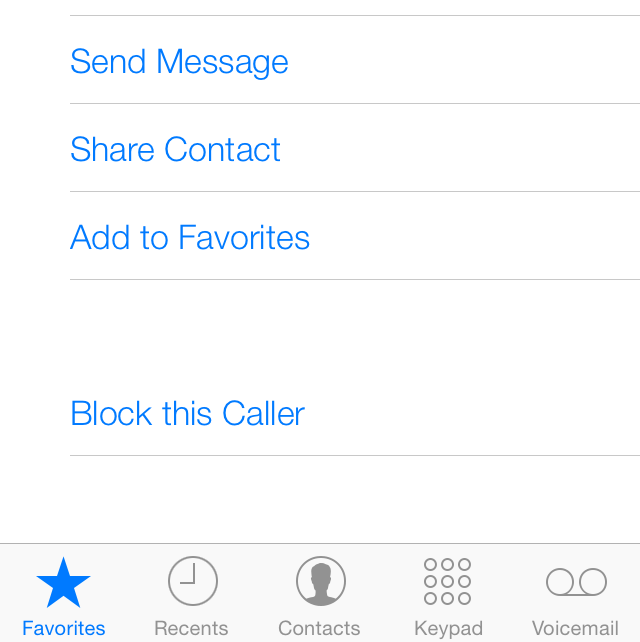 Now that registered iOS developers have had a chance to install the first beta of iOS 7, lots of tidbits not covered during the keynote are trickling in now. Cody already told you about 24 iOS 7 features Apple didn’t talk about and Jeff explained how the new Clock app displays current time on its icon.

Previously, you’d need to be jailbroken in order to block callers.

In iOS 7, call-blocking is available in the Phone app by going to the contact details screen via the Favorites, Recents or Contacts tab. From there, hit the ‘Block this Caller’ button at the bottom. This will block not only phone calls, but FaceTime calls and messages from that person as well. 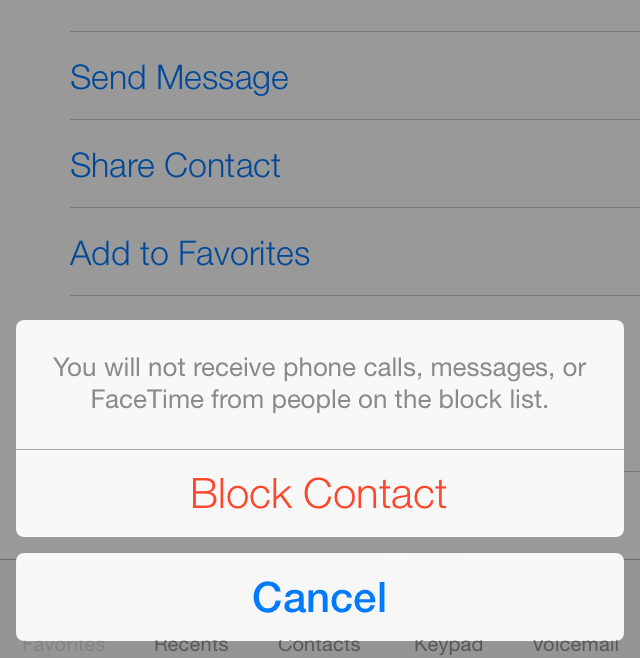 To remove a contact from your block list, simply navigate to its contact card via the Phone app, scroll down to the bottom and choose ‘Unblock this Caller’. Apple hasn’t made this feature consistent as the call-blocking option is nowhere to be found when browsing contacts directly through the Contacts app.

Apple did not detail this capability during the keynote apart from briefly mentioning in a media release that iOS 7 includes “Phone, FaceTime and Messages blocking to prevent specific people from being able to contact you”.

Call-blocking is most likely carried out on the phone side, not on the carrier end.

The feature appears to be rough around the edges due to the aforementioned inconsistencies and the lack of a centralized list where I could see all of the blocked contacts.

This would be rather handy, especially when unblocking multiple contacts without having to separately browse their individual contact cards.

I’ll be using this to block spam calls from telemarketers, that’s for sure.