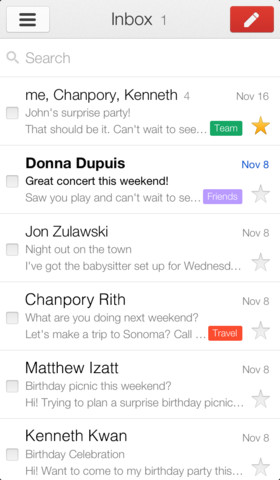 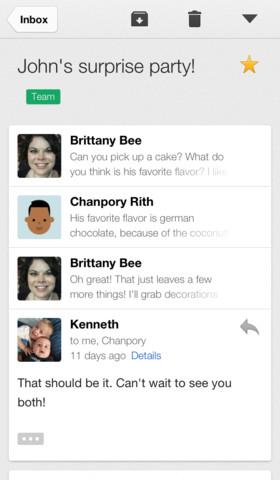 A week ago, the Internet giant Google started rolling out a new-look inbox with categories and tabbed interface to help users better organize their messages. In order to take advantage of these features on your iPhone, iPod touch or iPad, you’ll need Google’s freshly updated Gmail iOS app. Gmail version 2.3.14159 includes richer and selective notification options along with the new sortable inbox. More details right after the break…

You can now tell the app to push alerts for all messages, only important messages, or none at all. You can manage push alerts on a per account basis from the in-app settings page, but keep in mind that the new  notification options rather surprisingly work only with the new inbox.

Speaking of which, the revamped Gmail inbox lets you file messages into the following inbox categories – Primary, Social, Promotions, Updates and Forums. 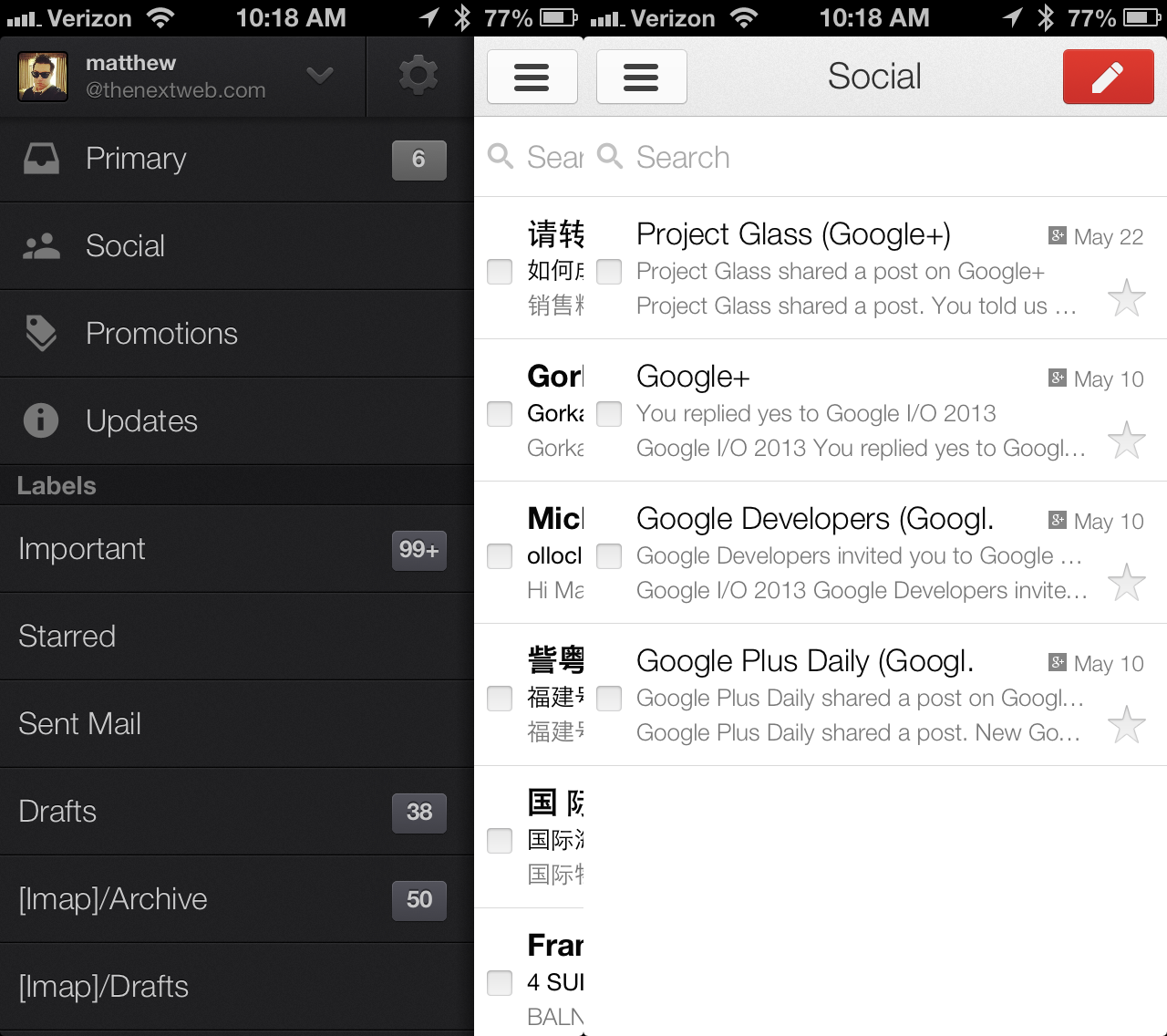 Screenshot courtesy of The Next Web.

Google’s hope is that categories give people better control of their inbox by letting them decide which types of messages they want to deal with. Although Google’s clever algorithms automatically file incoming messages into the aforementioned categories, you can of course create your own with custom rules from scratch.

Primary messages are always listed first. To access the new categories, just open the lefthand pane and access them in the menu. A nice touch: you can move messages between categories, as seen in the web interface, depicted below.

You’ll have to enable and configure the new inbox on the web to access it through the iOS app.

The universal Gmail binary is a free download from the App Store.

If you’re on Android, grab the latest Gmail build over at Google’s Play store.

The new inbox is a staggered rollout so it may not be available to everyone yet.