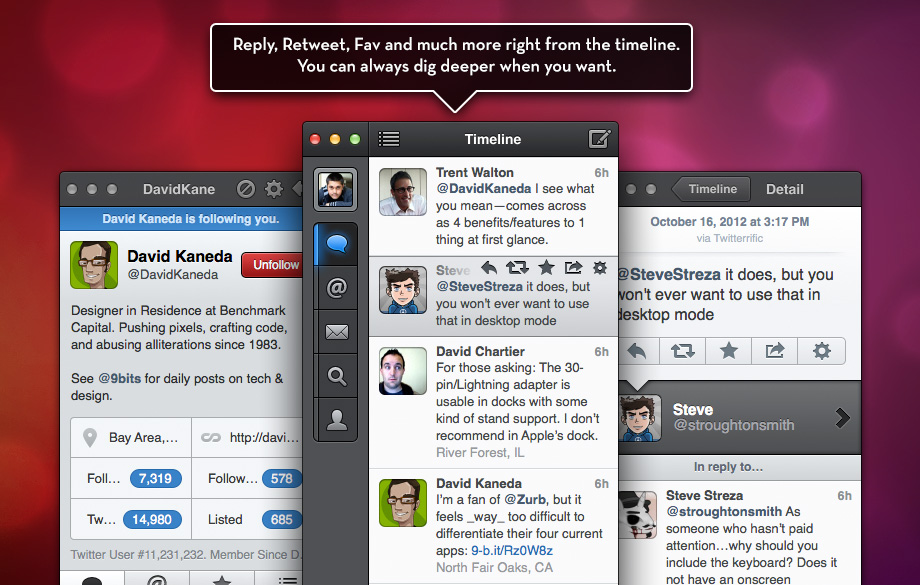 TapBots’ Tweetbot to this date is my go-to Twitter client, both on iOS and Mac. The iOS app was updated a month ago with a handy new Media timeline, revamped image viewer and a few under-the-hood tweaks. Today, Tapbots gave the Mac edition some love.

On top of fixing a few nagging issues, the new Tweetbot 1.3 brings the Media timeline to your desktop. As part of Twitter’s new guidelines, tweet details now have favorite and retweet counts, which comes in handy when checking how viral a tweet is. Another nice-to-have: the Mac edition now supports Twitter’s profile cover images…

To access your new Media timeline, just hit the Alt + Command + M key combo, or hit a new icon next to the search box at the top. 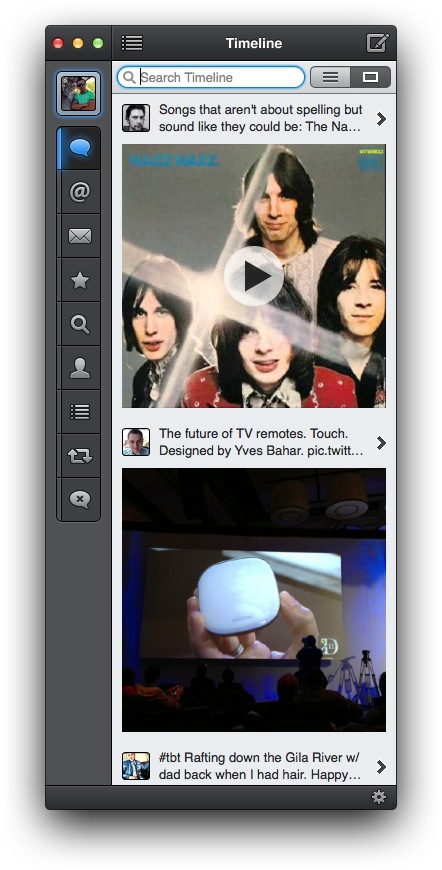 I love how Tweetbot now renders a person’s cover profile image, if any. 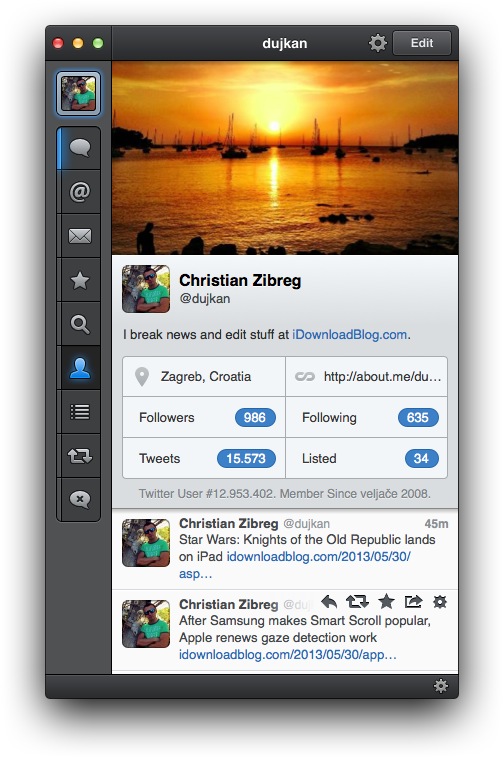 Another new shortcut: to scroll to the profile’s top, double click the title bar above a profile view. Double clicking again will scroll that person’s timeline/mention/fav list to the top.

Here’s everything that’s new in Tweetbot for Mac version 1.3

– New media timeline. Type alt command f and switch to the media view (next to the search box).
– New look for Tweet detail including retweet and favorite counts.
– Profile Cover Image support.
– Double clicking titlebar above a profile view will scroll profile back to top. Double clicking again will scroll their timeline/mentions/faves to the top.
– Fixed issues with unread items obscuring notification/error messages and attached post windows.
– Fixed issue where you text was still editable after you’d sent a tweet.
– Various other bug fixes.

Because Twitter clamped down on third-party devs with much-restricted API usage, Tweetbot is a $20 download on the Mac App Store.

Tweetbot for the iPhone/iPod touch and iPad each costs three bucks.