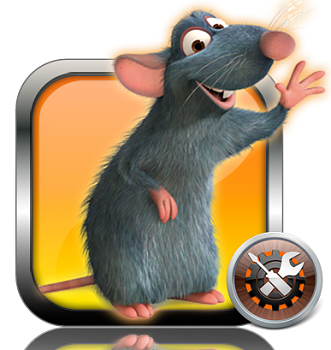 Last week we brought you a tutorial showing how the upcoming SemiRestore package will work once released. SemiRestore is a tool that you can use to restore your iOS device to an almost stock configuration.

A few of you in the comments brought up iLEX RAT, another tool — one that’s been around much longer than SemiRestore — that allows you to do something similar. I had tried iLEX RAT once before, and I experienced some issues with the early versions of the tool and gave up on it. At your urging, I decided to take the latest version of iLEX RAT for a spin. Here’s what I found.

Despite its questionable name, iLEX RAT is a pretty straightforward command line tool that’s ran directly on the iOS device. This is great for folks that don’t want to fool around with SSHing into their devices and perform some of the ssh commands that SemiRestore requires.

I can confirm that after using both tools extensively, iLEX RAT — in its current iteration at least — is the better of the two. It’s less complicated and it’s more successful when it comes to removing everything from your device. iLex RAT just works.

Installing iLEX RAT is easy. You simply add a new repo to your Cydia sources, and install the iLEX RAT package. You’ll also need to install MobileTerminal, which makes it so that you have no need for a computer when running the restore.

To add the repo to your Cydia sources, open Cydia, click the Manage Tab, and tap Sources. Now tap Edit, Add, and type the following source URL into the dialogue box that appears: http://cydia.myrepospace.com/iLEXiNFO/

Once that source is added, the necessary package will appear. You should see an iLEXiNFO source under your list of sources. Tap on that source, and install the iLEX R.A.T. package. By the way, R.A.T. stands for Remove All Tweaks, but as you’ll see, this tool handles much more than just tweaks.

Keep in mind, that while iLEX RAT can focus on just the Cydia aspects of your device, it is still capable of returning your entire device back to a stock nature. With that said, it’s imperative that you backup your device before performing any restores. Actually, iLEX RAT itself has a backup and restore tool, but that goes beyond the scope of this introductory tutorial.

To run iLEX RAT, open MobileTerminal, and type ‘rat’ (without the quotes) on the command line and tap enter. The iLEX RAT interface will load, and you’ll see a plethora of options. The option that we’re going to focus on for this tutorial is the full restore (option 12), because that’s most comparable to SemiRestore.

Select option 12, select yes, and the restore will be on its way. There’s nothing else for you to do but sit back, relax, and enjoy the ride. Eventually you’ll be prompted to reboot your device.

Once your device reboots, you’ll be greeted with the traditional iOS setup wizard to reconfigure your device. The only thing that will be left on your device after a restore is Cydia, along with the source for iLEX RAT, so that you may easily install it again.

The first version of iLEX RAT that I tried didn’t go so well for me, but this latest version is a solid tool for maintaining your iOS device. It even removed more items than the SemiRestore beta was able to do. If you’ve been suffering through sluggishness, or just want to get your device closer to stock, there’s really no reason to wait for SemiRestore. At this point, iLEX RAT is easier, self contained, and it works like nobody’s business. It’s a highly recommended tool for anyone wanting to maintain current firmware while venturing back to stock settings.

Have you used iLEX RAT? If so, what did you think about it?