In a surprising move, telco AT&T is backtracking from its nonsensical policy of restricting FaceTime to its customers who subscribed to a Mobile Share data plan.

Today we learn that AT&T is promising to enable any video chatting application over cellular for all users, regardless of their data plan or device.

In a statement to The Verge, the wireless carrier said that by mid-June it will enable video chatting over cellular for its unlimited plan customers who have LTE devices from Apple, Samsung or BlackBerry, enabling these services for all customers throughout the second half of this year…

For video chat apps that come pre-loaded on devices, we currently give all OS and device makers the ability for those apps to work over cellular for our customers who are on Mobile Share or Tiered plans. Apple, Samsung and BlackBerry have chosen to enable this for their pre-loaded video chat apps. And by mid-June, we’ll have enabled those apps over cellular for our unlimited plan customers who have LTE devices from those three manufacturers.

Throughout the second half of this year, we plan to enable pre-loaded video chat apps over cellular for all our customers, regardless of data plan or device; that work is expected to be complete by year end.

Today, all of our customers can use any mobile video chat app that they download from the Internet, such as Skype.

It should be noted that some AT&T customers reported back in November being able to make FaceTime calls over cellular, despite the fact they were on unlimited data plans.

The carrier took quite a bit of heat following the iOS 6 introduction in September 2012 over its controversial restricting of cellular FaceTime to shared data plans only. The firm later opened up the feature to legacy data plans, and then to LTE users. Earlier this January, AT&T expanded FaceTime over cellular to all tiered data plans.

From my vantage point, today’s announcement illustrates how illogical and unfair its policy was to begin with. I never really understood why AT&T would want to limit FaceTime over cellular at a time when most mobile carriers had already moved away voice minutes to selling cellular data.

Truth be told, the firm in a January post over at its Consumer Blog stated that it had initially restricted FaceTime because “we wanted to roll it out gradually to ensure the service had minimal impact on the mobile experience for all of our customers.” 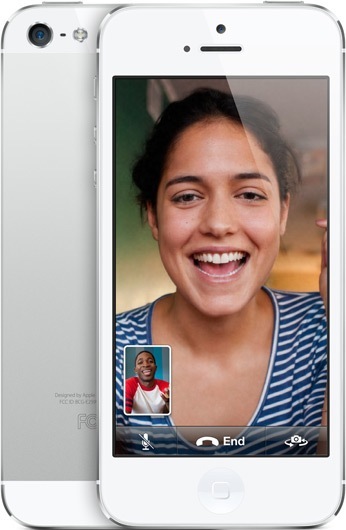 Indeed, an AT&T spokesperson told The Verge that “pre-loaded apps have higher usage than downloaded ones, and that because of this, AT&T decided to go with a ‘deliberate’ approach for the former”.

On the other hand, it could be argued that FaceTime calls over cellular is in no way different compared to other cellular downloads which count against a user’s monthly allowance.

I mean, why should carriers care how we use cellular data we paid for, no?