If you use Bump, a cross-platform app for sharing photos, contacts, music and more between different devices, you may want to pass on today’s update as it’s removed the handy ability to share songs from your iTunes library.

The only way to keep this handy feature is to avoid updating to a new version.

If you’re jailbroken, just use Update Hider to prevent Bump updates from showing up in the App Store to avoid an accidental update. It may also be a good idea to back up the old Bump version should you ever accidentally update.

This is another proof that Apple very much wants to remain in tight control of what users do with songs in their iTunes library.

What I’d love to know is whether this is purely the whim of the control-freaky Apple or a concession the company willfully accepts in order to appease to the entertainment industry.

I think it’s the latter and here’s why. 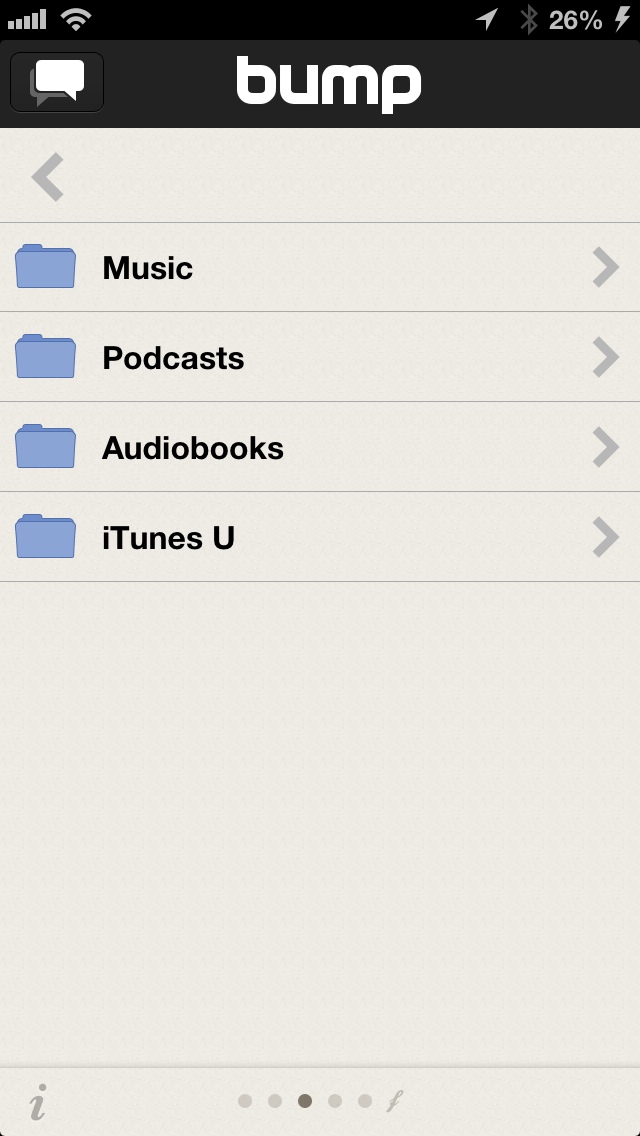 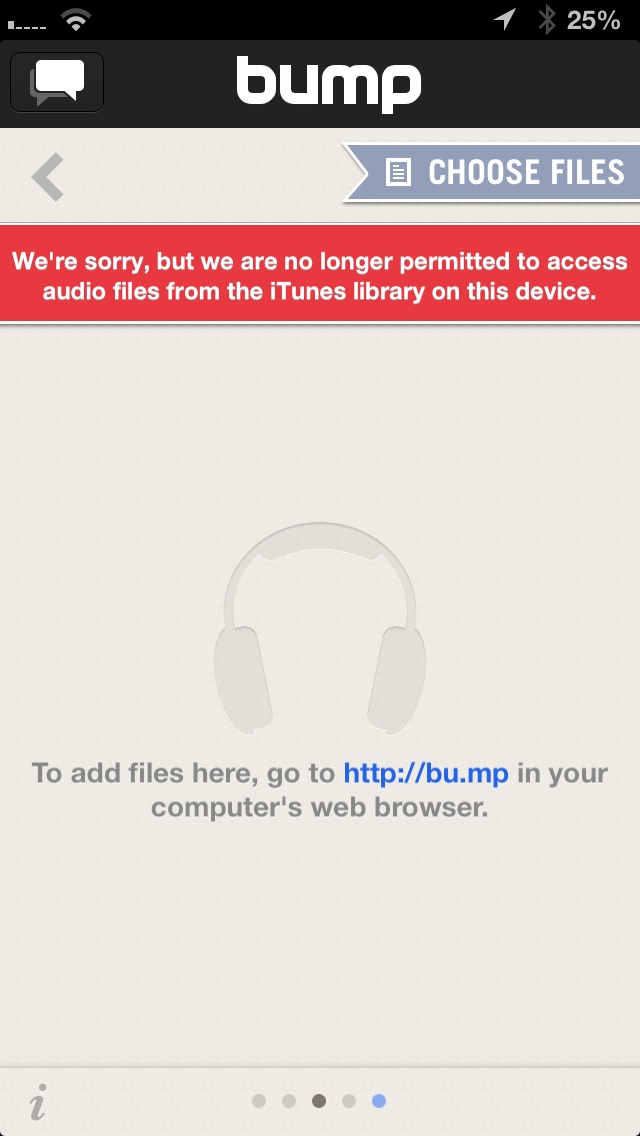 Bump before (left) and after the change (right). Screenies via 9to5Mac.

Not that long ago, iTunes used to host only 720p movies.

It was said at the time Hollywood was refusing to upgrade iTunes movies to 1080p until both Apple hardware and software adopted copy-protection features. Indeed, later on Apple’s Macs via Intel chips added digital copy protection at the silicon level. And soon after, the firm refreshed its entire lineup with the then new DisplayPort video interconnect.

As a result of these changes, Apple’s devices are now a secure end-to-end media ecosystem. Only then did the entertainment industry sign off on 1080p iTunes content.

If you don’t believe me, try copying a purchased iTunes movie on an external drive and play it on another machine. Thanks to Apple’s FairPlay digital-rights management technology – again, adopted at the request of the big boys – the movie won’t play unless the target system is authorized with the same iTunes account used to purchase your media.

Moreover, any attempt to play iTunes-purchased movies on an analog display fails, saying your content can only be played on displays that support HDCP.

Is it then any surprise that Apple asked Bump to kill sharing of iTunes songs?

Welcome to the DRM world, folks!