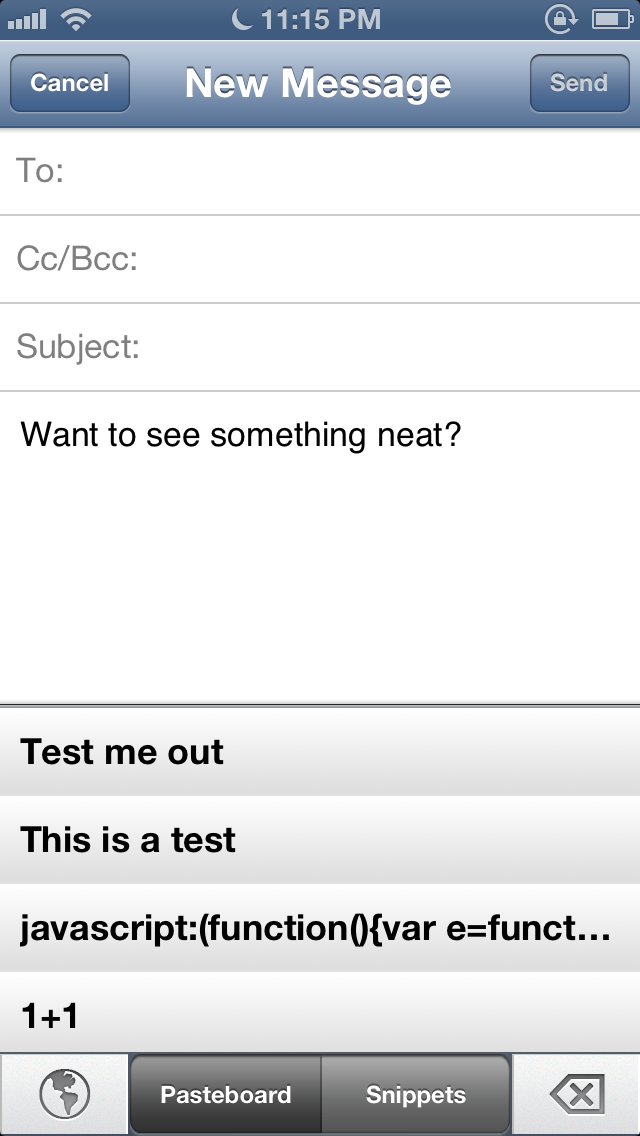 I’m a huge fan of Alfred for OS X. Alfred is a productivity app for the Mac that allows you to launch apps, search, and do a whole host of other things via its sprawling settings. One of my favorite Alfred features is the pasteboard manager. It’s basically a place where you can go back and access anything you’ve copied to your pasteboard.

Understandably, iOS doesn’t have anything like this built in, but a new jailbreak tweak allows you to have quick access to your pasteboard from virtually any app as well. The tweak is called PasteboardKey, and it’s accessed via the language button on the iOS keyboard. Have a look inside for our full video walkthrough… 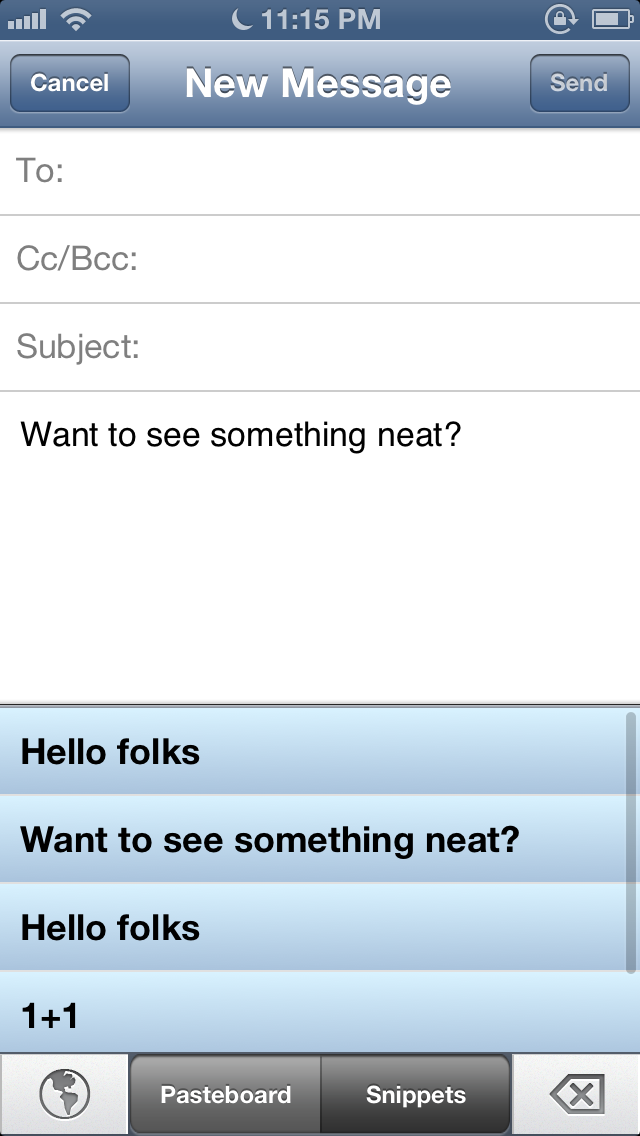 Along with the Pasteboard access, there’s a Snippets button featured in PasteboardKey. The Snippets button allows you to access more frequently used items on your iPhone’s pasteboard. You can quickly move Pasteboard items over to your snippets by means of a simple swipe gesture. Oddly enough, there’s even built in Javascript function execution, which is pulled off by swiping left on an item saved to your Snippets. Most jailbreak users probably won’t find a use for such a feature, though it’s nice to have I suppose.

When you install PasteboardKey, you’ll also install the CocoaNuts’ Keylord tweak, which is a prerequisite for the PasteboardKey package. That’s because PasteboardKey is essentially just an addon custom keyboard which sits on top of Keylord. There are other Keylord addons available in Cydia, like RageBoard, Grafiti, and QuickPhoto.

PasteboardKey is a tweak that allows you to access a shared clipboard that’s accessible from nearly every app installed on your iPhone. The great thing about this jailbreak tweak is that it’s always available for use, just tap the little world icon next to your spacebar to cycle through your alternate keyboards.

While there are App Store apps, like PasteBot, which provide your with a clipboard manager, they aren’t native built in solutions for iOS. There’s also the issue with the 10 minute background limit imposed on all 3rd party apps. Most importantly, you can’t quickly access an App Store pasteboard manager while within the app you wish to paste to. If you’re looking for Pasteboard history access from within any app, then PasteboardKey, or the venerable Action Menu, are probably your best bets.

PasteboardKey is not currently available on any of Cydia’s default repos, but you can gain access to it by means of the developer’s own repo. If you want to give PasteboardKey a shot, then add the following repo to your Cydia sources: http://hitoriblog.com/apt. Be sure to share your thoughts and opinions regarding PasteboardKey in the comments section below.