In a ‘how low can they go’ moment, both software giant Microsoft and the South Korean conglomerate Samsung have moved to patent the pinch-zoom concept that Apple popularized (and patented) on mobile devices with the introduction of the iPhone six years ago, as if Apple’s technology never existed.

Apple’s late co-founder Steve Jobs reportedly hit the roof after HTC in early 2010 launched a handset with pinch-to-zoom functionality, but the two companies recently settled their patent disputes. On the strength of its iPhone patent portfolio, Apple even forced Google to agree to disabling multitouch on early Android devices sold outside the United States.

Now, Apple claims a specific software implementation that’s different than that Google used in Jelly Bean, Android version 4.2. Be that as it may, it’s funny both Microsoft and Samsung patent filings now suggest pinch zooming was their invention…

“A new patent application published by the US Patent Office this week shows that Microsoft’s delusional engineers think that they’ve actually invented Pinch and Zoom as if Apple’s technology never existed,” notes the PatentlyApple blog.

The pinching motion is illustrated as two dotted line circles, which represent locations where the user is touching the touch screen, and simultaneously moving their fingers together. The application interprets this as a zoom-out indication.

The filing describes how users can zoom-out by indicating a pinching touch motion.

“The user can also switch to another viewing mode, a structure view, where structure of the document is displayed to the user, potentially at various zoom levels,” the Windows maker writes. “The user can zoom-out in the structure view also by providing a pinching touch motion.”

Even though Apple last year licensed its design patents to Microsoft with an anti-cloning agreement, pinch-zoom is a utility patent so it’s not covered by the terms of that agreement.

Apple openly indicated it is not keen on licensing its inventions to competitors, though some criticize the company for not doing so as if it was the industry’s practice (I’m not talking about standards-essential patents, of course).

Specifically, Apple wrote in court documents it has a policy against licensing competitors to practice its iPhone patents related to touchscreen heuristics, data tapping and real-time signal processing. 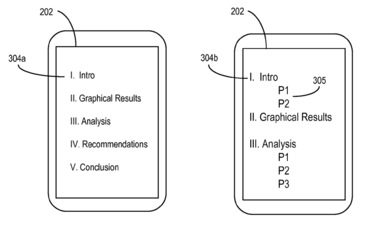 Apple is innovative to the core. Its business model is all about distinguishing its products from the competition’s. […] This business model of distinctive innovation does not work if competitors are free to make their products identical. That is why Apple has a policy against licensing [redacted].

Perhaps it was a “just-in-case” maneuver on the part of Microsoft’s legal team should Apple’s appeal fail. But on paper, it sure looks like the kind of legal maneuvering reserved for slime bags to me.

In another post, the blog writes that Samsung “is now trying to patent this all-important touchscreen feature as well.”

Samsung’s patent application, originally filed on August 30, 2012 and published by the United States Patent and Trademark Office (USPTO) on March 7, 2013, describes a method for rendering a user interface with a size that “varies in response to a user’s manipulation of the display unit.” 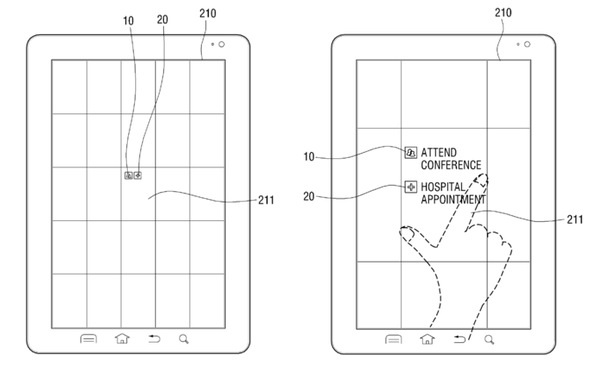 It also describes “changing a type of information displayed in the UI in at least one stage in accordance with a state of the manipulated size of the UI.” In simpler terms, this is actually changing the size of the text or graphic by a pinching motion.

In PatentlyApple’s view, “with published applications from Microsoft and Samsung surfacing at the US Patent Office in the same week claiming that the Pinch & Zoom function is their own original invention is testament to how critical a feature this is for modern day touchscreen devices.”

It should also be noted that Samsung in December 2012 filed a complaint seeking to invalidate Apple’s prized pinch zoom patent. The USPTO responded by preliminary invalidating the invention until a thorough review is conducted, at which point the agency could either deny Apple the patent or completely reject all claims against it.

Apple thus far asserted the pinch-zoom patent against both Samsung and Google-owned Motorola. In October 2012, an ITC judge deemed the patent valid and ruled against Samsung. As for Motorola, a judge declared large parts of Apple’s patent invalid and identified only minor potential infringement on Motorola’s part.

When Steve Jobs introduced the original iPhone in January 2007, the pinch zoom gesture drew most oohs and aahs from the audience. Bringing his two fingers together and then spreading them apart to illustrate how simple and natural the gesture is, he then exclaimed “boy, have we patented it!”, knowing fully well Apple had a very special feature on its hands that everyone else was going to replicate.

The Verge ran a story attempting dispel the ‘Apple owns pinch-zoom’ myth, blaming it on the media. That report, however, didn’t leave a lasting impression on me. After all, the story does acknowledge Apple owns a patent on “a specific, limited pinch-to-zoom implementation” and author even incorrectly writes Apple hasn’t yet asserted the invention in any lawsuits.

Here’s a video of Jobs detailing the iPhone’s then all-new multitouch interface to the MacWorld Expo crowd in January 0f 2007. 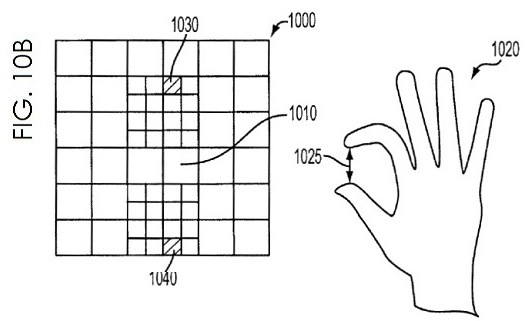 The invention, credited to Apple engineer Jeffrey Bernstein and filed in the fourth quarter of 2011, outlines a sensor panel having dynamically reconfigurable sensor size and shape based on a gesture detected by the panel.

Apple also makes mention of the sensor which detects your hand as a proximity event.

At any rate, sounds to me Samsung and Microsoft are both attempting to lift Apple’s implementation of pinch zooming.

Feel free to argue down in the comments.