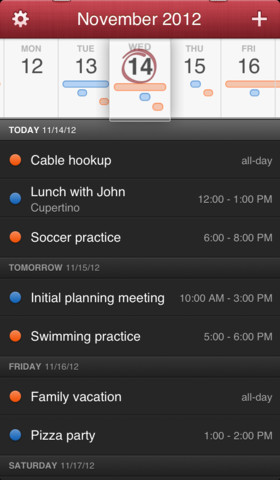 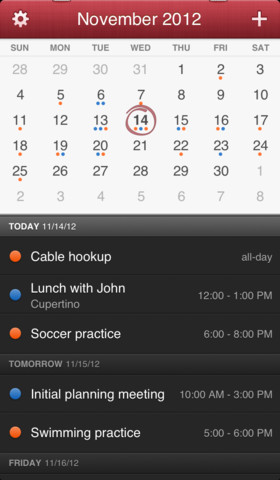 I’m a long time fan of Fantastical, a tremendously useful and well-designed calendar and to-do software for the Mac from Flexibits.

Therefore, it goes without saying that I was tingling with expectation after the team had teased an iPhone experience in early-November 2012.

And now, less than three months since its iPhone debut, developers Thursday pushed the first major update. It’s a must-have as it addresses a few omissions while expanding on core functionality with some nice enhancements that will admittedly boost your productivity.

These include time zone support, multiple event alerts, even faster natural language parsing, handy user interface tweaks and of course “staggering number of other improvements, parser enhancements, and bug fixes.” If you’re a fan of the app, we’ve got you covered with detailed observations of what’s new and how the changes affect your daily workflow…

You could say I’m something of a Fantastical evangelist. Not only has the app replaced Apple’s stock Calendar and Reminders programs on my Home screen, it’s also made me more productive with features such as natural language processing.

Best of all, Fantastical plugs right into my iOS Calendar so I can still use Apple’s own Calendar software knowing any changes made will reflect in Fantastical, and vice versa. Matter of fact, the program supports the very same calendar services as the built-in Calendar, including iCloud, Google Calendar, Exchange and more.

I wish Flexibits extended the courtesy to the stock Reminders app, by the way.

Navigating your events is now easier using two new gestures: tap and hold on an item to duplicate an event or move it elsewhere in the calendar view (a pop up appears, offering to either Duplicate or Move) or choose a specific date to display all corresponding events by tapping and holding the app’s title bar, which produces a gorgeous date picker seen below. 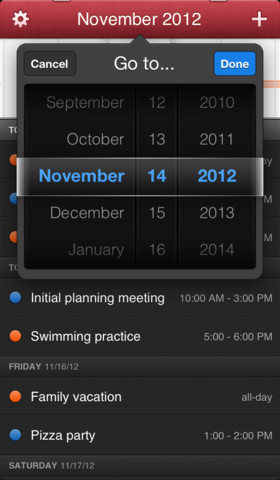 As you’re probably aware, one of Fantastical’s biggest draws is its accurate natural language event creation which not only saves time, it’s a heck of a fun to use, too. It’s just as effective as on the Mac: instead of tapping your way through the menus to schedule an event, you could simply type in a sentence like “lunch with Sebastien a week from today at 2PM my time.”

As you type, Fantastical works its magic behind the scenes, parsing words and automatically adding information to an event based on your input. But alas, natural language processing didn’t work from text copied from clipboard.

The new version fixes that and if you’ve grown dependent on Fantastical’s natural language processing, it’s gonna file as another great time saver. 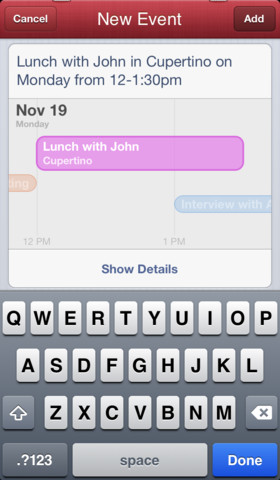 Copied text containing event info can now automatically be made into an event.

For instance, I can now copy a sentence from an email message or a chat session containing instructions on when and where to meet with a particular person.

That’s another time saver for you.

And like before, Fantastical lets you speak aloud the details for your event if you don’t feel like typing, or copy-pasting. Note that Dictation requires an iPhone 4S/5 or a fifth-gen iPod touch running iOS 6 and Internet access.

Now, one of my main gripes with the initial Fantastical version was its inability to add more than one alert per event. Developer saw to that, too: you can now set multiple alerts for a single event akin to Apple’s in-house Calendar software on iPhones, iPads and Macs.

I typically set two alerts for my events – first is half an hour before the event just to raise my awareness slightly and the other ‘actionable’ alert is set to kick in 15 minutes before the event is scheduled to start. 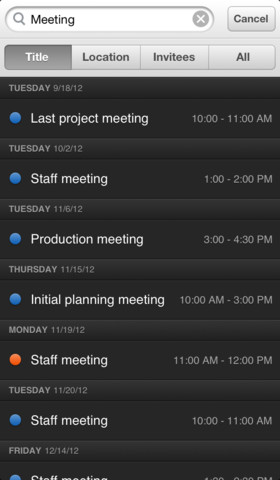 I’m pretty sure you’ll also love subtle UI tweaks that make it easier to visualize the events that have ended (dimmed) from upcoming ones. Last but not the least, the app now saves state so you can pick right where you left off upon relaunching – handy if you multitask a lot.

Flexibit’s Michael Simmons explained to The Next Web‘s Jon Rusell how it works:

If you force the app to quit via the system tray then it will truly restart because you forced it to. But, thanks to state restoration, if you entered important information and then switched to check something and forgot to return, you’ll be right back where you were should the system initiate a shutdown.

Fantastical version 1.1 changelog
• multiple alerts when creating events
• time zone support
• duplicate or move events (tap and hold an event in the event list)
• go to a specific date (tap and hold the red title bar)
• event list is now scrollable when using the calendar
• today’s timed events dim after the event has ended
• copied text containing event info can automatically be made into an event
• added setting to highlight weekends
• dded setting to show empty days on the DayTicker
• added setting to display the number of today’s remaining events or date on the app icon badge
• state restoration (iOS 6 only)
• staggering number of other improvements, parser enhancements, and bug fixes

If you go to the app’s Settings menu, you will find new toggles to highlight weekend days and remove empty days from your calendar altogether, which is quite useful for those that prefer a compressed overview of their events. 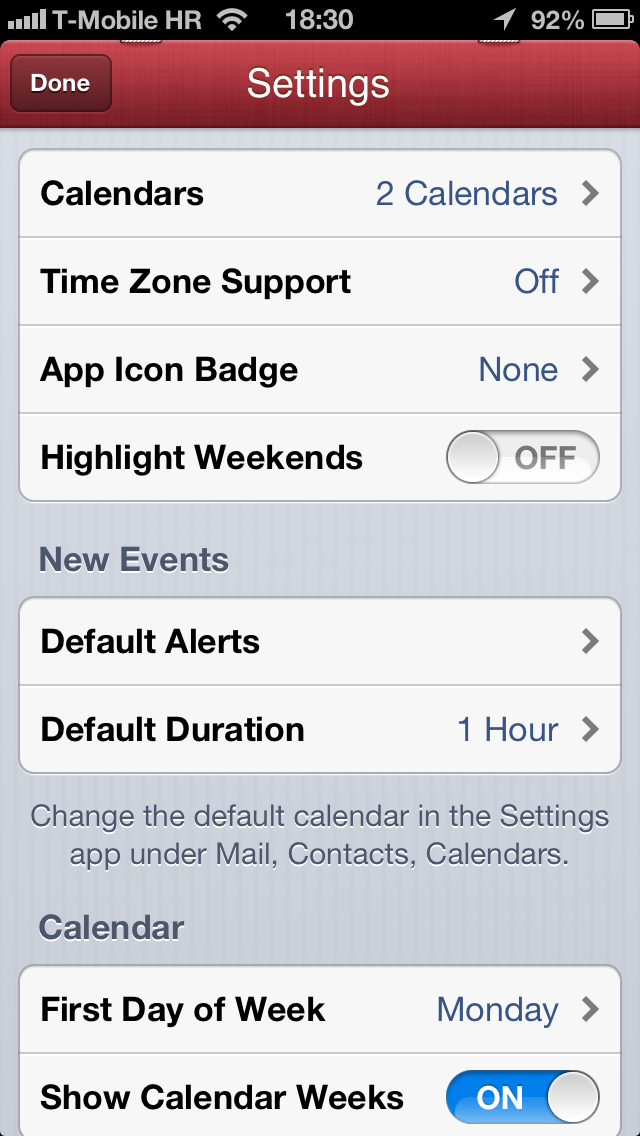 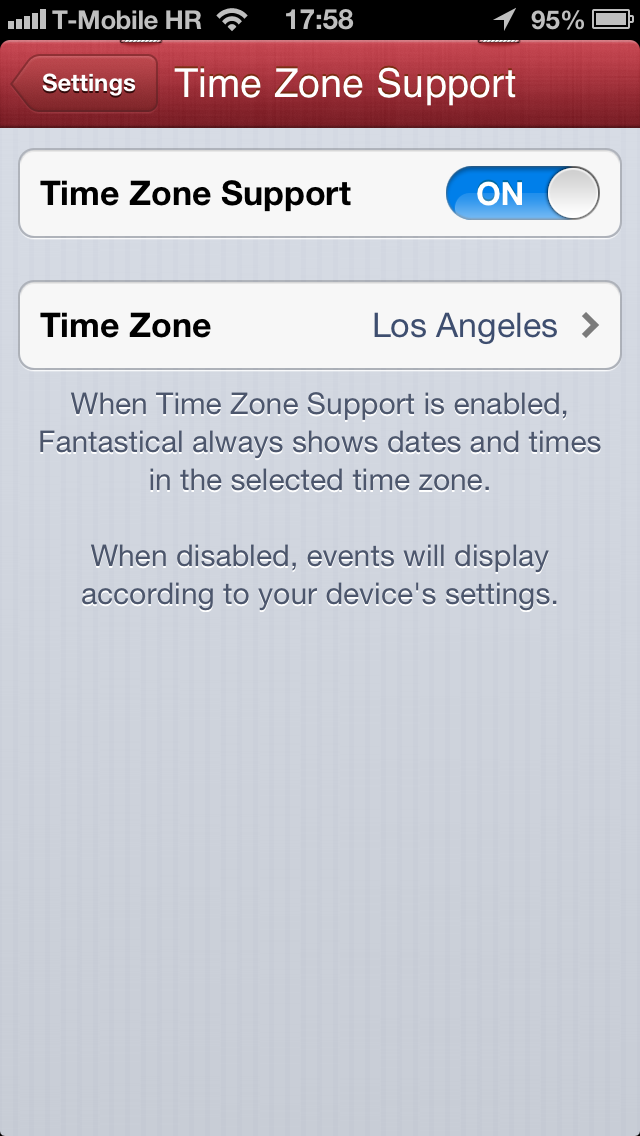 As you know, Fantastical previously didn’t render the current day in a badge like the stock Calendar app does. Jailbroken folks could use the OpenOther tweak to fix that omission, but no more – Fantastical 1.1 has an App Icon Badge option in Settings that can be disabled or set to either Today’s Remaining Events or Current Date (recommended). 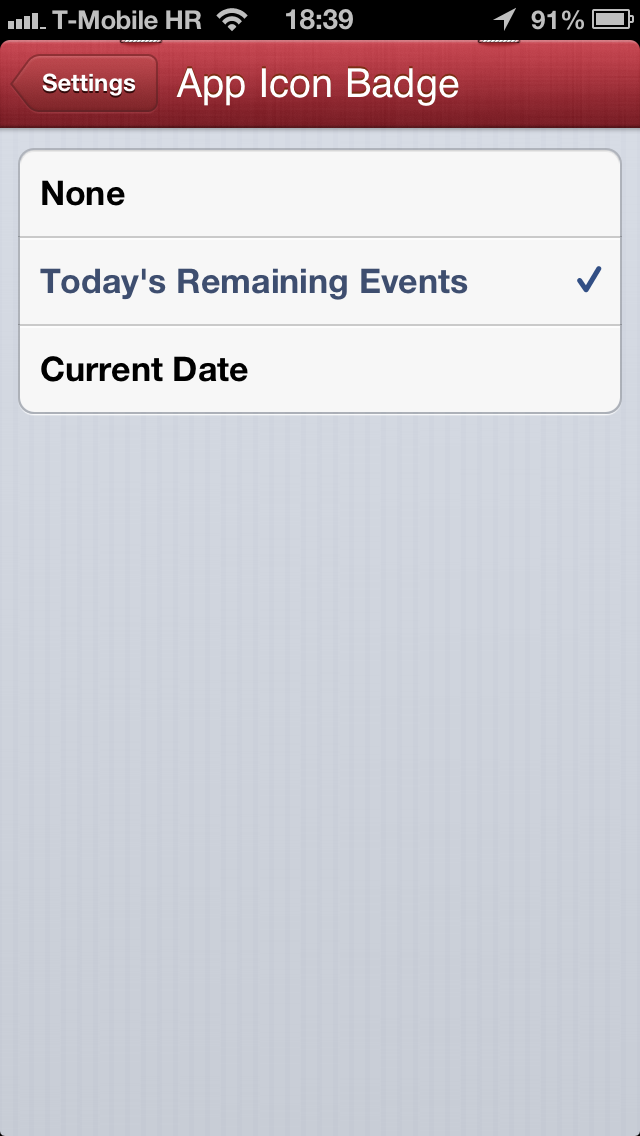 Celebrating the launch of Fantastical 1.1, Flexibits has discounted the app down to $3.99, one buck less over its usual asking price of $4.99.

Here, this is three months old and applies to the initial version, but still worth watching.

iPads are not yet supported in this version and I sincerely hope Flexibits is working on enabling that because, frankly, such an outstanding piece of software cries for a bigger canvas.

Let us know your thoughts on Fantastical down in the comments.