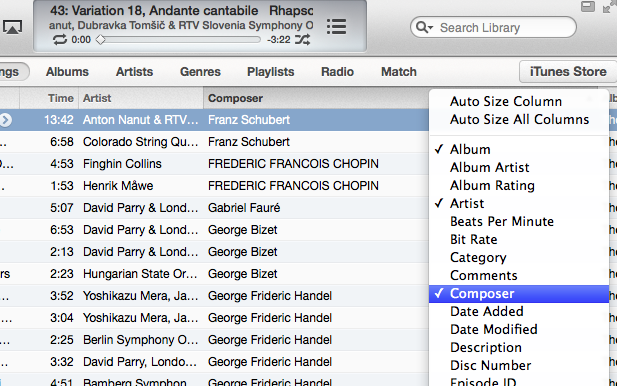 After the new iOS 6.1.2 firmware arrived this morning apparently solving battery woes caused by an Exchange bug, and following up on the just released Java update that has patched a major vulnerability which led hackers to break into Apple employees’ computers, the Cupertino firm has just issued iTunes 11.0.2, a maintenance update. In addition to the various stability improvements and performance enhancements, the new version brings an all-new view for your music…

Per release notes, the 54.2MB software update brings a number of bug fixes and a few enhancements, most notably a new Composer view for Music, improved responsiveness when handling large playlists, and a bug fix for purchases that do not show up in iTunes.

Should you spot other notables, please share your findings with fellow readers down in the comments.

You can also update your copy by hitting the Updates tab in the Mac App Store.