I know your news reader choices on iOS are rich. There’s Flipboard, Instapaper, Readability, News360, News.me and a whole lot of other lesser known apps. Winston, a new software by a Colorado-based startup, is unlike your regular news client. Instead of overwhelming you with an endless stream of updates, Winston presents you with a personable British butler which compiles a daily brief from your selected news sources and social network feeds.

It detects what’s important and then reads the summaries out aloud, so you can catch up on the latest while doing something else. It’s a novel approach that saves time and as such is likely to strike a chord with busy mobile users. I’m already liking Winston a lot. More tidbits right past the fold…

Upon connecting your social media accounts, Winston analyzes it and then speaks aloud key topics from across your sources in an unmistakable British accent.

Facebook and Twitter are supported, in addition to a bunch of dedicated sources covering technology, sports, fashion and other topics.

The app launched as a sneak peek in August 2012, but the team has completely redesigned the software, which is now available for public consumption from the App Store. 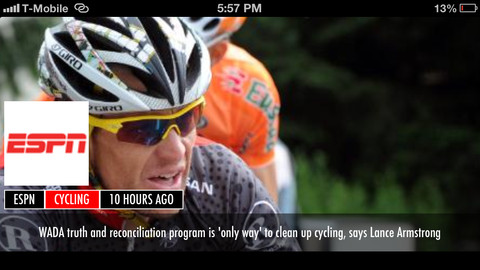 News briefs Winston compiles can be optionally accompanied by a slideshow that can be enjoyed in landscape mode over AirPlay on your Apple TV.

I was immediately hooked up to having Winston beam images to my living room TV. To me, that’s a novel way to stay up to date without having to interrupt work at hand.

Winston is also a must-have for hearing impaired users and the best way to get a quick morning news update while driving to work.

Here’s your changelog for Winston 2.0:

– new channels have been added including a personalized Twitter channel
– Newscasts now display more information in the new, more elegant design
– tap the bottom bar in newscasts to access a web view that allows you to browse the actual text of any news story Winston is telling you about.
– fully customize what appears in your briefing by rearranging your channels in the main menu (the order and content of your briefing now reflects the order and content of your selected channels)
– Winston has grown wiser over the past several months: he has expanded his vocabulary, and it may surprise you how much he knows about the news and social content present in your newscasts

Winston is smart enough to include only the updates that are relevant to you, though you can always include or exclude specific items from your brief. 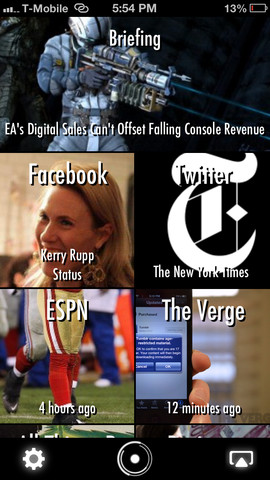 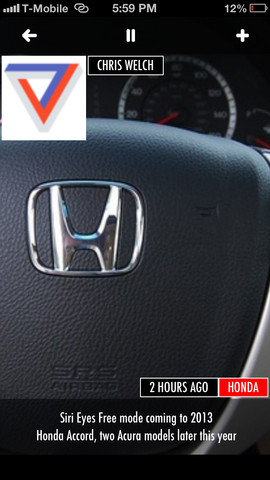 Winston For iPhone costs nothing and is available now from the App Store. The program requires iOS 4 or later, works on the iPhone and iPod touch, but sadly doesn’t support the iPad natively.

Check it out, you won’t regret it.