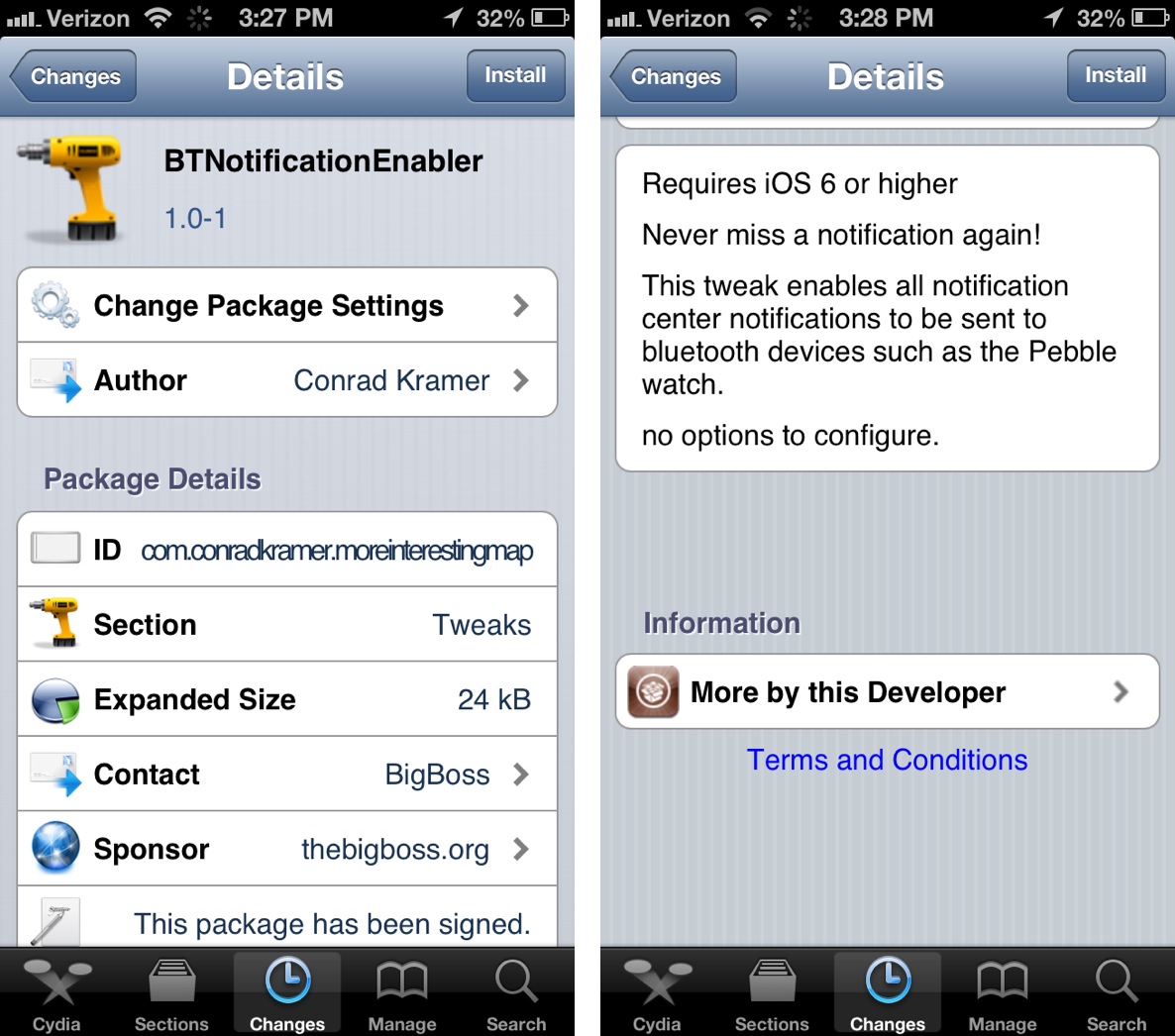 A new jailbreak tweak has recently surfaced that will be of surefire interest to Pebble watch owners. The tweak is called BTNotificationEnabler, and it’s created by Conrad Kramer, the same developer behind tweaks such as Graviboard, Gesturizer, etc.

The description for BTNotificationEnabler promises that you’ll never miss a notification again. That’s thanks, largely in part to its ability to send all Notification Center notifications to a Bluetooth device. The Pebble watch, obviously, is one of the first things that comes to mind. A jailbroken iPhone running iOS 6, mated with a Pebble watch just got a whole lot more interesting. 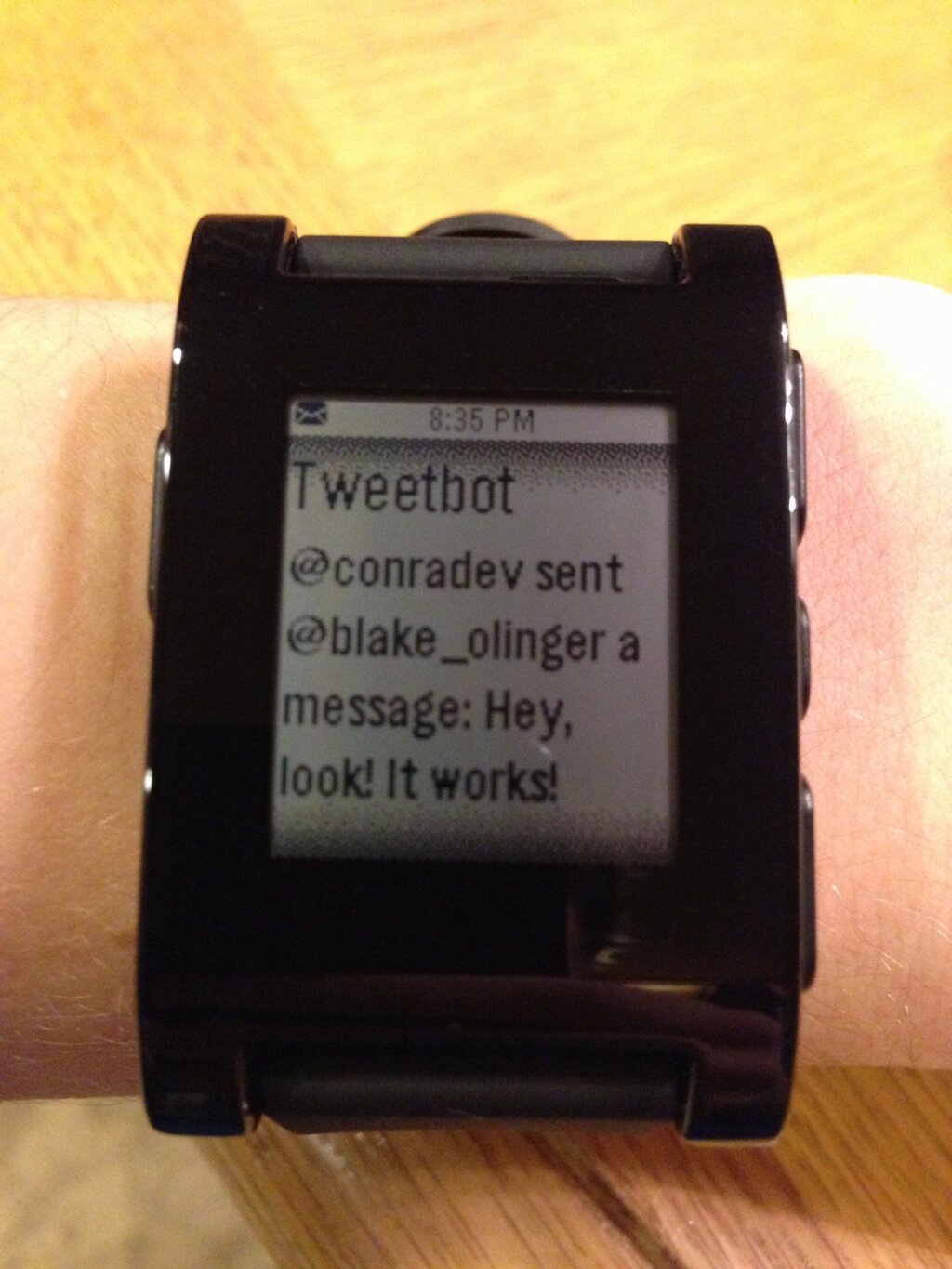 One of the chief drawbacks of the Pebble watch, from what I can gather from reviews, is the limited interactivity between it and the iPhone. BTNotificationEnabler won’t solve all of these concerns, but it is certainly a step in the right direction for early adopters.