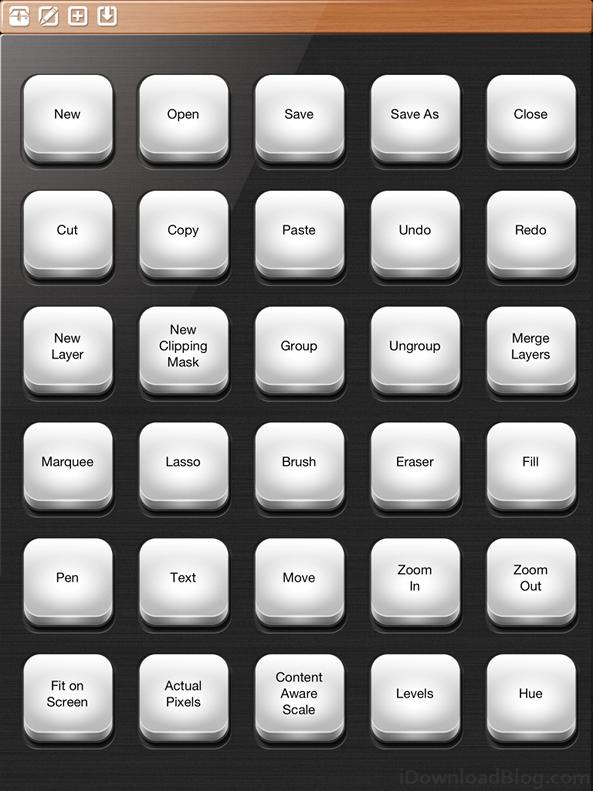 Do you hate digging around in menus but have trouble memorizing all the key combinations for your most frequently used programs? Hotkeys is an app that allows you to use your iPad as a programmable shortcut keyboard, which comes with shortcut packs for Mac OS X and Photoshop preloaded.

While the preloaded packs are decent, you can also edit the packs to your liking or create your own packs from scratch. If you’re a gamer, you might also find the labelled shortcuts handy… 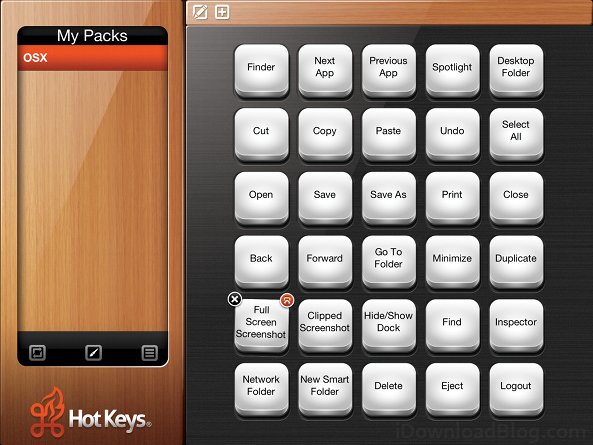 Just don’t expect HotKeys to handle any complex macros. Each shortcut is a customizable button made up of a one to four key combination and a label. Button presses are simultaneous, like Ctrl-C, so you can’t get HotKeys to fully automate anything that involves sequences or timing. That said, for art or productivity software, HotKeys’ functionality should be enough.

To edit a key, just hold it down, enter ‘wiggle mode’, and tap the orange button on the top right corner of the key. From here the edit interface gets a little unwieldy; the key combinations are set using jog dials, and an Apple Pro keyboard contains over 100 keys. The dials aren’t a huge drawback, and you only need to set each button once, but we would have strongly preferred to pick buttons from a visual keymap.

My only major gripe with HotKeys is the lack of icons. Icons can just be glanced at, while HotKeys’ text labels need to be read. If HotKeys included a simple picture set for commonly used OS X features like cut, paste, and print, along with Photoshop tools like lasso, brush and eraser, HotKeys would be an ideal shortcut utility. Since HotKeys is a free option, it’s still worth checking out. 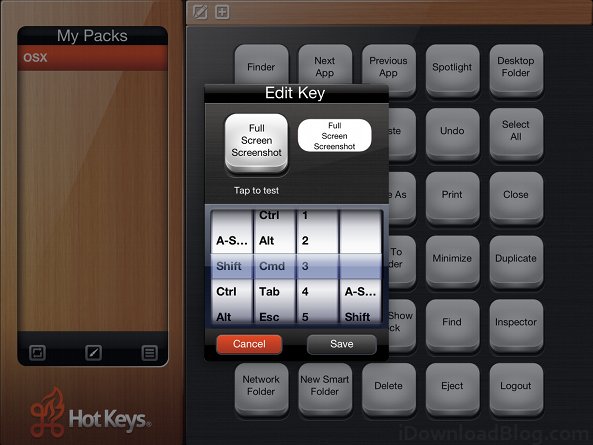 You can download HotKeys as well as the Mac client app from iTunes. There is a PC version of HotKeys’ server app, but HotKeys isn’t advertised on the iTunes page as being Windows compatible, and I wasn’t able to get it to connect to the iPad app.

If you would rather pay for an iPad shortcut keyboard app which works with both Mac and Windows, and adds colored icons to the mix, try Actions for iPad. The app currently costs $3.99 in iTunes.