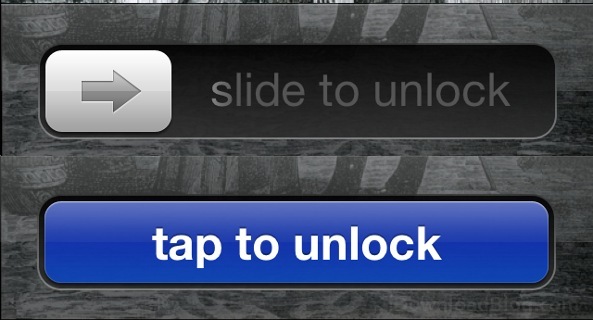 tapUnlock is a new jailbreak tweak from the makers of MapsOpener and BrightVol. The tweak replaces the ‘slide to unlock’ bar with a ‘tap to unlock’ button. Personally I’m a fan of the classic slider, as it’s part of how Apple introduced a new paradigm of capacitive screens to the mass market, and it’s something I will always associate with the iPhone.

Unfortunately ‘slide to unlock’ isn’t for everybody. If you know someone who has difficulty using the ‘slide to unlock’ gesture on the lock screen, maybe because of arthritis or another fine motor control difficulty, you’ll get good mileage out of tapUnlock. Alternatively, you might just want it to have something different…

What’s interesting is tapUnlock isn’t limited to the slide to unlock bar; it also works with the ‘slide to power off’ and ‘slide to answer’ bars, making the tweak that much more useful. Unfortunately tapUnlock currently has no effect on the Notification Center’s sliders, so you will have to go into the apps manually. It would have been nice to have a one-tap solution for those as well. 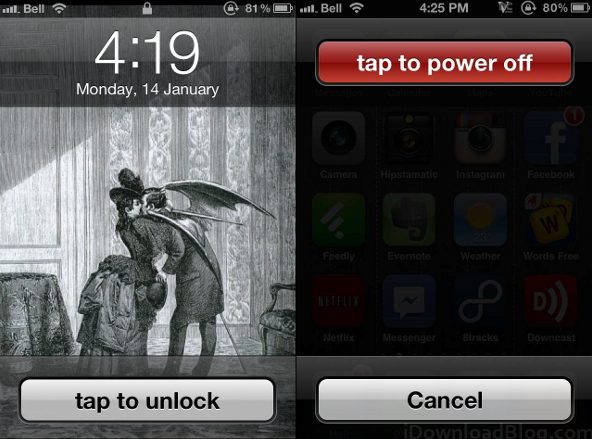 While tapUnlock does what it promises, there are already slider alternatives on Cydia. With Activator, you could set just about anything to dismiss the lock screen. For example, through Activator → At lock screen → Double tap clock → Unlock device. You can set similar gestures to power down the device, though you would need another tweak or plugin to answer calls. For those of you who are just interested in tricking out your phone with interface tweaks, there’s also pinch to unlock, though that tends to make dismissing the lock screen more complicated. 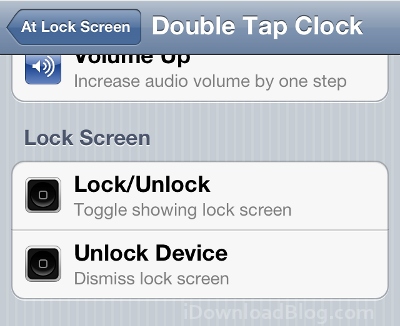 In its favor, tapUnlock is a free tweak available in the BigBoss repository on Cydia. It’s also more intuitive for new users to press a button than to go through Activator, so if you’re installing an accessibility tweak for someone else, tapUnlock just might be the way to go.

Do you prefer tapUnlock to iOS’ sliders? Feel free to share your lock screen preferences in the comments section.