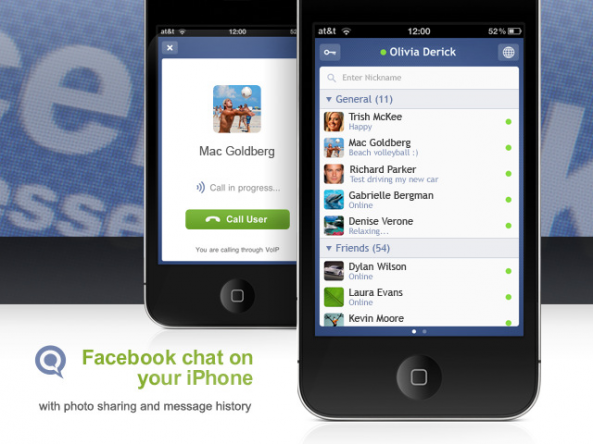 You may have heard that Facebook has issued invites for a media event due this coming Tuesday to “come and see what [they’re] building”. People in the know claim the news conference is a pretty big deal as Facebook could announce a brand new mobile operating system, even a so-called Facebook Phone of some sort. And now, another source has stepped forward with knowledge that the social networking giant will also launch an iPad version of its mobile Messenger app, which in a recent update has gained VoIP capabilities…

Alexia Tsotsis reported on TechCrunch Sunday afternoon that Messenger for iPad could be Facebook’s “one more thing” surprise this coming Tuesday, January 15.

Specifically I’m hearing that Messenger for iPad, replete with all the Messenger features we’ve come to love like emoticons, photosharing, read receipts, location tagging, group messaging, and the new voice-recorded messaging feature, is ready for the public eye. And basically, it’s what exists on the iPad but in a bigger format.

The reporter also heard that Messenger head Peter Deng was “cranking” a couple of days ago. Another indication: Microsoft, which partners with Facebook on search and ads, is killing its Messenger service “exactly a month after whatever it is is being announced”. 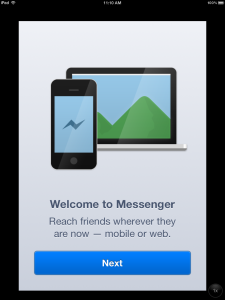 Question of the day: what’s missing in this picture?

An iPad version of the Messenger app is probably a no brainer.

May 1, 2012, 9to5Mac reported that Facebook was working on an iPad build described as being similar to its iPhone counterpart. The publication’s Mark Gurman had a chance to take a peek at an early build and reported that Skype video calling was in the works, with performance being “smooth most of the time”. 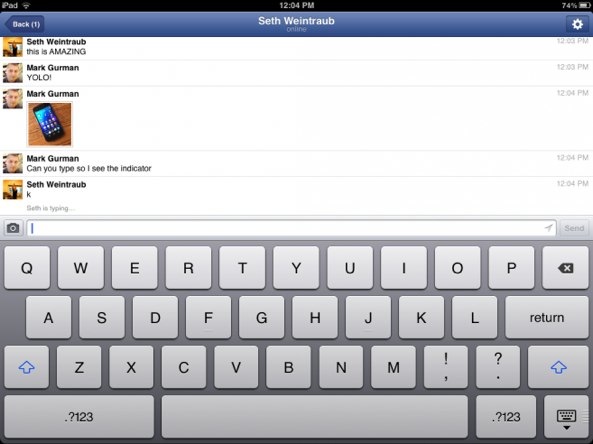 In December 2011, iPhoneItalia claimed that video calling via Skype was coming to Messenger for iPhone, a free download from the App Store.

That never came to be, but keep in mind that Facebook probably didn’t scrap Skype integration plans. Quite the contrary, it’s now more likely than not that the project simply hit unexpected roadblocks, resulting in delays.

Between Facebook’s cooperation with Microsoft and its subsidiary Skype and the last Messenger update which has enabled VoIP calling (initially limited to Canada), video chatting is the next logical step. 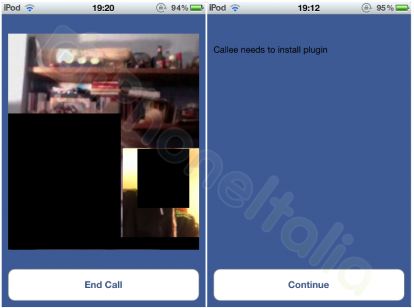 Facebook would be foolish not to exploit its social graph and the 1 billion user base to its advantage, especially as other companies vie for your attention in the fragmented messaging space. I have no doubt that pretty soon Messenger will grow to become perhaps the most important mobile property in its stable.

After all, that’s what many people use Facebook for most of the time, to chat with their friends.

I can totally envision Facebook’s Messenger software becoming a unified messaging solution which marries standard messaging features to VoIP and video calling. All your friends are already on Facebook so it makes sense to consolidate the various messaging contexts in one app to rule them all.

I’d be the first to applaud such an effort.

Switching from the mobile Facebook app to Skype just to continue my conversation via video or VoIP is unwieldy and so last century.

And while we’re at it, how about updating the new Poke app and, more importantly, Instagram with some much-needed iPad love?

iDB is social! Fan us on Facebook, if you haven’t already.