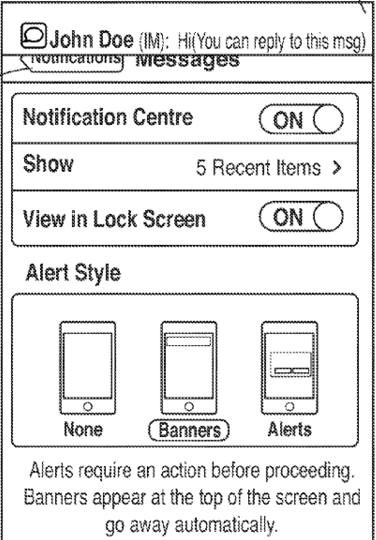 We’re not sure this was the right move on Apple’s part, but the company has in fact filed for the iOS Notification Center patent with both the U.S. Patent and Trademark Office (USPTO) and the World Intellectual Property Organization. While the document tries to outline the feature in excruciating detail, even the most ardent Apple fans would have to admit that the feature is way too similar to Google’s Notification Bar in Android.

To make matters worse, Google got there first as its Android software had the Notification Bar in place before Apple introduced Notification Center in iOS 5, which was released in June 2011.

Maybe Apple hastily moved to file for this patent because Samsung last month filed a lawsuit in its home country against Apple regarding the iOS Notification Center, arguing the feature infringes on one of its active patents?

Be that as it may, Apple’s patent application titled “Systems and methods for displaying notification received from multiple applications” and filed under the USPTO patent No. 2,013,000,7665 seeks to highlight the familiar system-wide feature on iPhones, iPods and iPads that aggregates alerts from apps.

The company writes that because electronic devices can contain many applications, “the potential for application-based notifications can become numerous and unwieldy, particularly if a user is required to access each application individually in order to view application-specific notifications”.

Hence, a system-wide solution to handle those alerts is needed and it should be “a more efficient and intuitive approach” for organizing notifications. 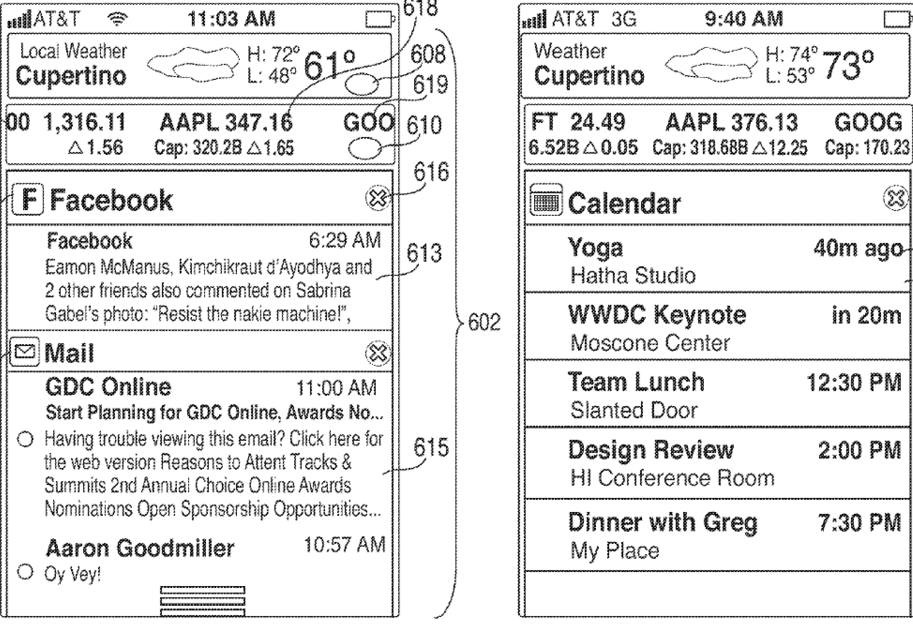 The patent application provides a detailed overview of the iOS Notification Center.

With the introduction of the Notification Center in iOS 5, which made its way to OS X Mountain Lion in 2012, Apple finally has given its users the long-sought feature that helps them organize a bunch of alerts produced by stock and third-party apps. 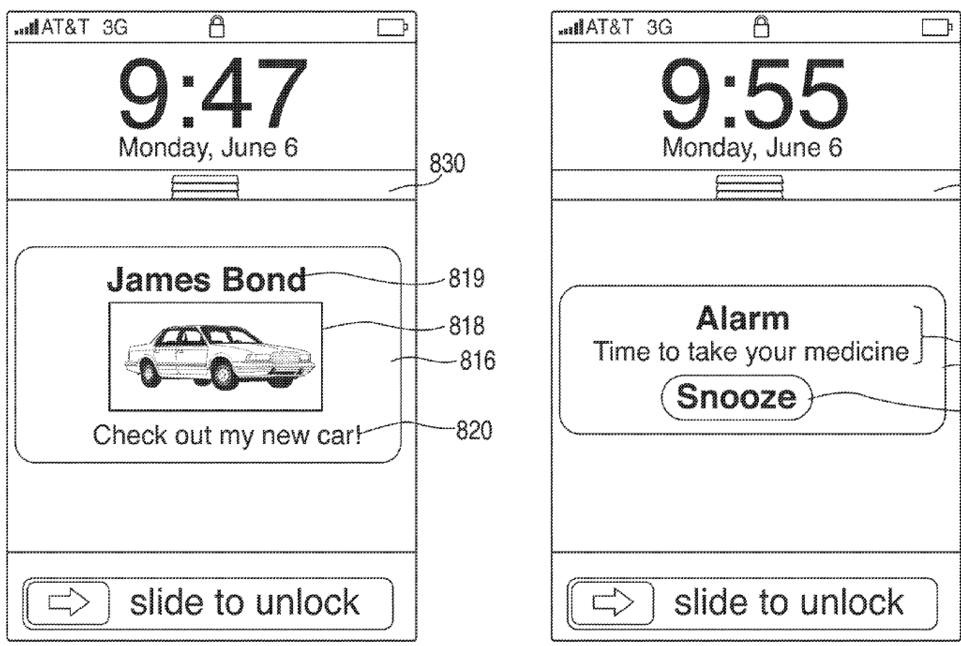 No detail is too small: Apple illustrates everything related to the look and feel of iOS Notifications.

The filing also describes how a user can check out alerts on his or her lock screen and even interact with certain types of notifications, like those generated by the Calendar and Reminders apps. 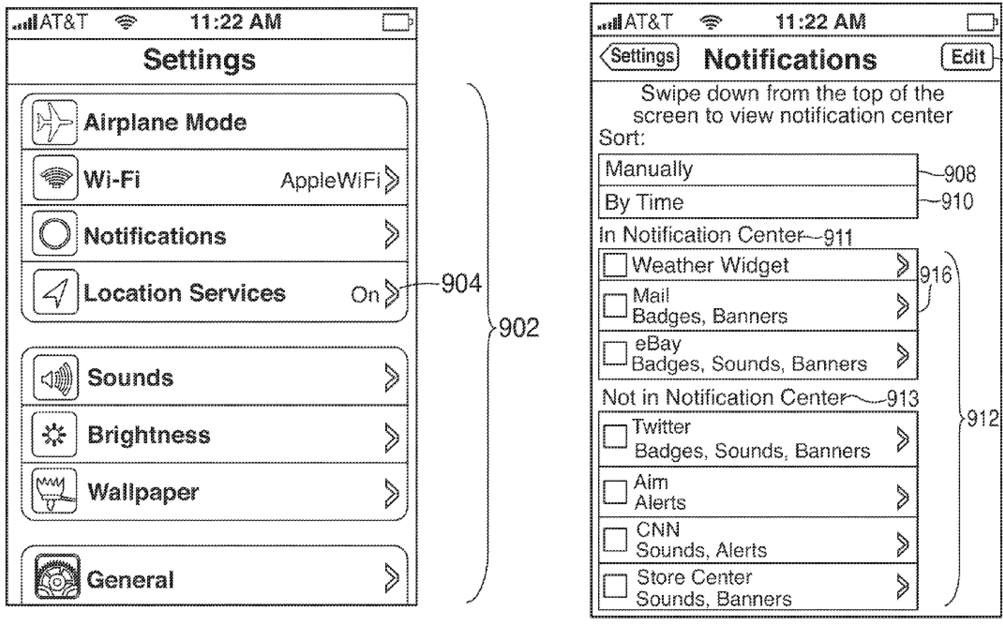 The familiar Settings section for Notifications.

In Apple’s implementation, users can slide their finger over a notification on the lock screen to be taken directly to a notifying app. 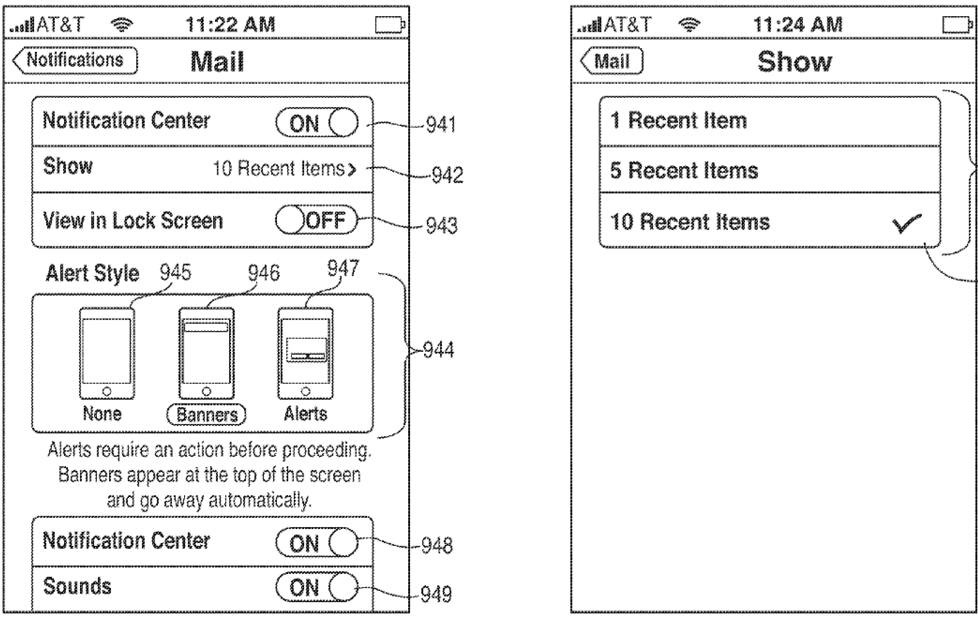 A dedicated section in the Settings app provides additional options pertaining to the frequency and order of notifications and other details. Apps can display either banner notifications that pop up briefly at the top of the screen or pop-up alert boxes. Additionally, Apple lets you enable or disable app icon badges and notification sounds on a per-app basis. 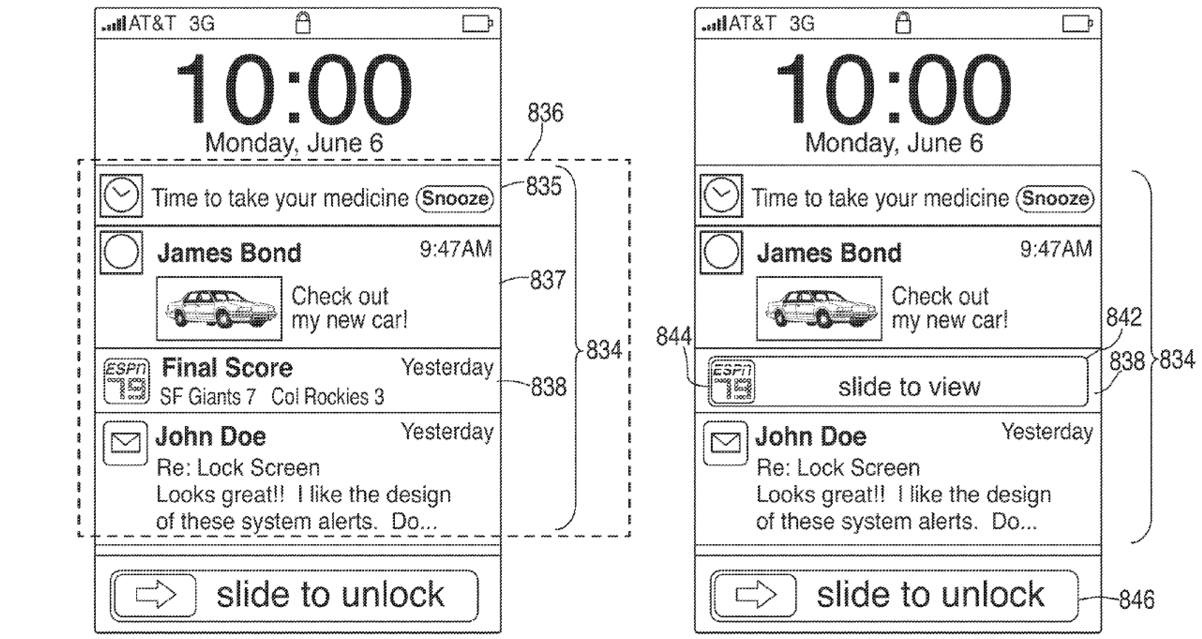 With iOS 6, Apple also introduced a Do Not Disturb mode to silence all alerts (i.e. when you’re in a meeting) or schedule DND mode to automatically kick in at certain times (say, from midnight till 7am).

An unknown time-related bug was blamed on the iOS DND mode failing to turn off outside scheduled times on New Year’s Day. Apple yesterday confirmed the issue would automatically fix itself on January 7, 2013. The bug didn’t stop the company from airing its awesome, though unfortunately-timed, advertisement focused around this feature.

Apple’s application was first filed in June 2012 and is based on a provisional application from June 2011, the document reveals. Both ‘inventions’ are credited to long-time iOS software engineers Imran A. Chaudhri and Eliza Block. 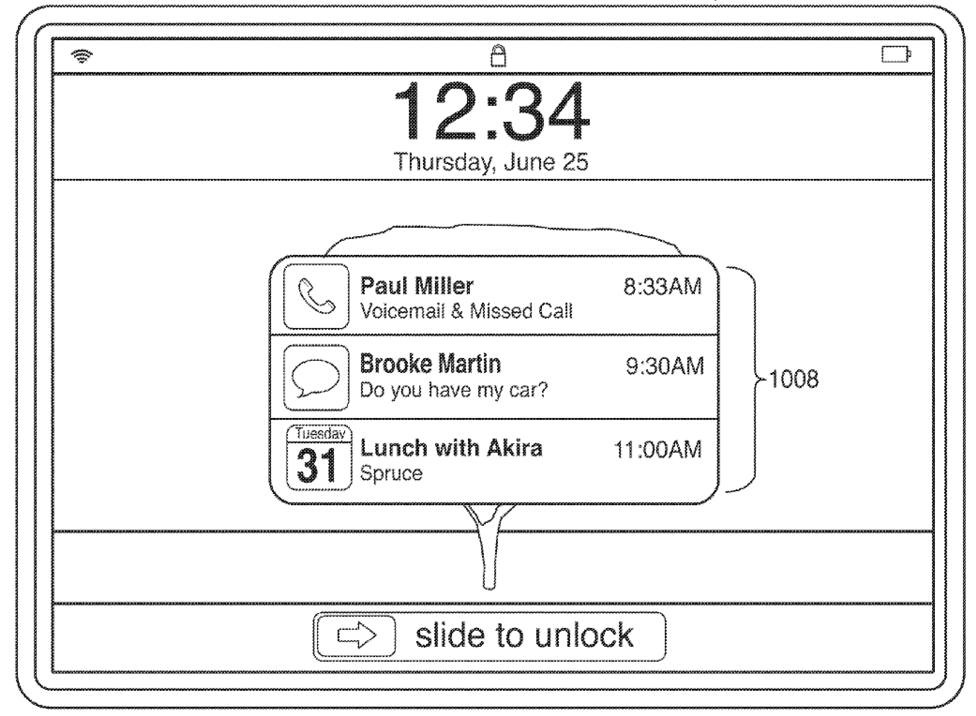 In case you’ve been wondering, the search giant filed for its own patent application for the Notification Bar in Android back in 2009, two years prior to Apple’s Notification Center filing.

Here’s a drawing from Google’s filing. 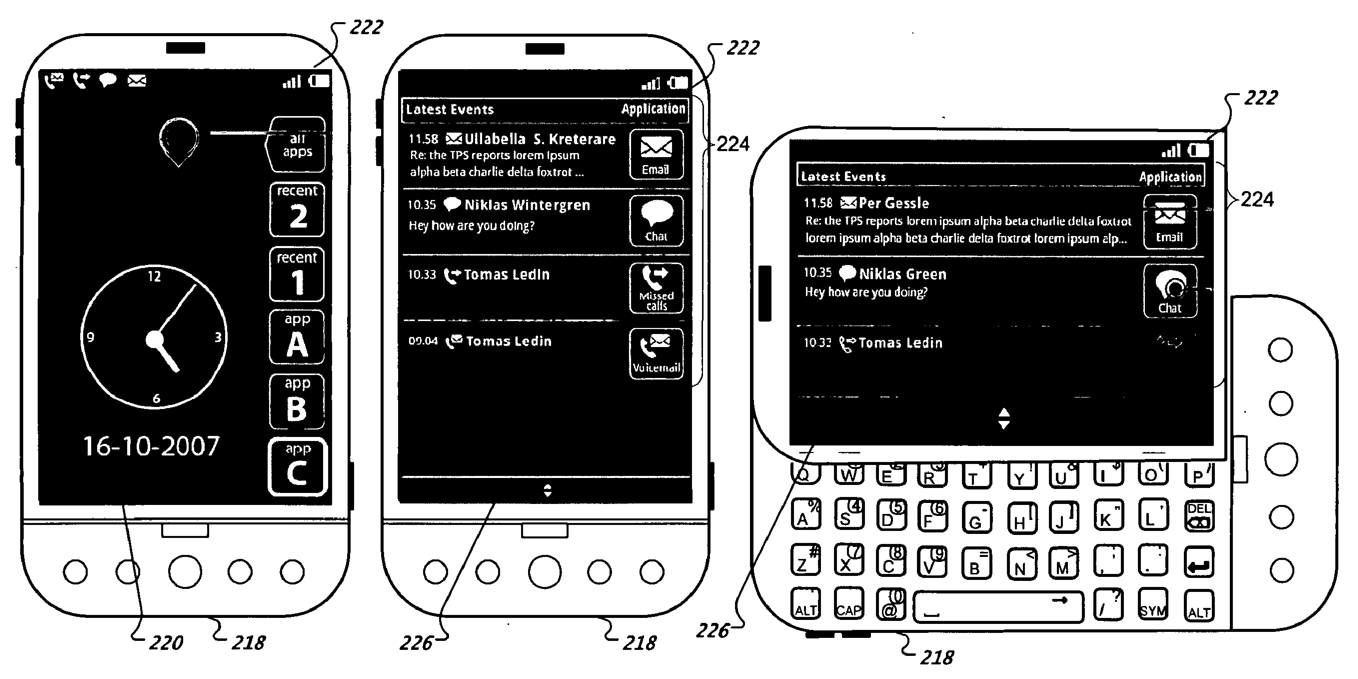 Wanna bet how long until Samsung or Google move to invalidate this patent?