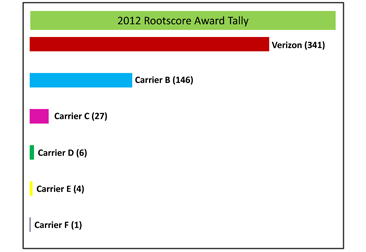 With the addition of these 29 cities, Verizon’s LTE is now available in 470 markets to more than 250 million people in the United States…

The list of the 29 new cities getting Verizon’s LTE:

4G LTE is supported across latest iOS devices, including the iPhone 5 and cellular versions of both the iPad mini and its bigger brother.

The company cites a RootMetrics survey of network strength, reliability and speed across each of the wireless carriers which ranks Verizon’s LTE as outperforming competitors “in a large majority of markets tested”.

Consumer Reports ranks Verizon as the nation’s top carrier in terms of voice and data service quality. In terms of 4G, however, Consumer Reports says AT&T leads the pack even though Verizon has the most robust 4G network.

According to a media release, Verizon is also expanding its LTE service in 36 existing markets, claiming it is now available to more than 250 million people in the United States.

AT&T earlier this week rolled out LTE in Green Bay, Springfield, Tucson, Melbourne and Oxford and is now covering 125 metropolitan markets with the high-speed data service.

Sprint, which just completed its acquisition of Clearwire, is looking to have its LTE network up and running in 31 cities by mid-2013.