In a world where the company with the biggest and baddest IP portfolio reigns king, Apple is superior. It’s proven this on a number of occasions, most recently by winning a settlement of over $1 billion from Samsung in a northern California trial.

Today, it adds another interesting patent to the stack. The US Patent and Trademark Office has awarded the Cupertino company a patent for the design of the original iPhone, released in 2007, and created in part by Steve Jobs and Jony Ive…

The patent, U.S. Patent No. D672769, is entitled “Electronic Device,” and contains several illustrations of the iconic first-generation iPhone, which Jobs unveiled to the public on January 9, 2007 at the Macworld convention in San Francisco, California. 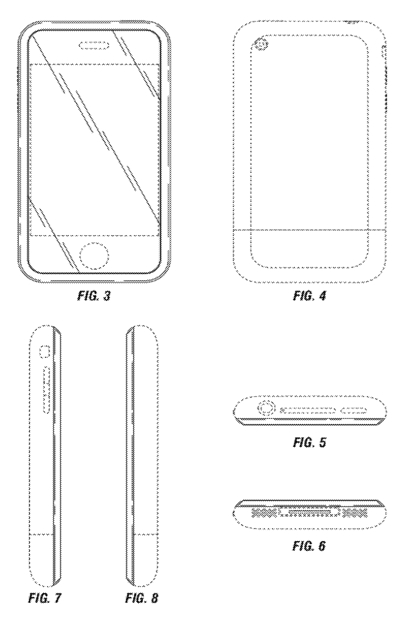 Between its distinct look, the fact that it’s now 5 years old and that design patents are narrow by nature anyway, this patent grant is more of a symbolic win for Apple then anything else. I doubt we’ll see this turn up in a courtroom, but I guess you never know.

As we learned from the discovery phase in its recent Samsung trial, Apple started work on the iPhone back in 2004. Steve Jobs told Scott Forstall to get together a team of their best engineers to work on the top-secret “Project Purple.” And the rest, as they say, is history.