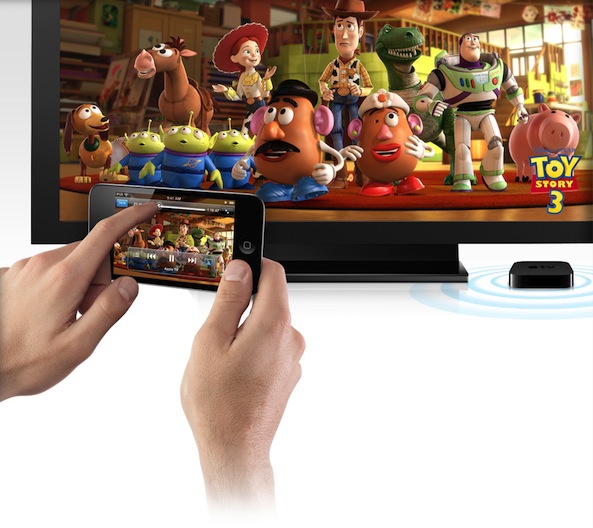 Despite the fact that Tim Cook continues to refer to it as a hobby, the Apple TV continues to sell fairly well thanks to its low price tag, access to services like Netflix and Hulu+, and most of all, its wireless AirPlay technology.

And it sounds like Google wants to replicate that success with Google TV. According to a new report, the tech giant is working on rolling out a new AirPlay-like open wireless technology for its TV and Android devices…

“Google is working on an open alternative to Apple’s AirPlay, and it’s hoping to bring a number of device and software vendors on board to provide the industry with an open technology to exchange data between second screens and TV-connected devices. YouTube unveiled the first implementation of this technology last week, when it launched AirPlay-like video beaming from Android phones and tablets to Google TV devices.”

Android devices already have an AirPlay alternative in DLNA. But like Android, it’s a fairly fragmented experience, with different devices offering varying degrees of capabilities. Google is hoping its new tech will fix that.

The platform’s lack of a viable AirPlay-like offering has been crippling for a few reasons. It’s meant a lack of wireless accessory support for Android devices, and it certainly isn’t doing any favors for Google’s content sales.

It’ll be interesting to see what Google does here, as TV is one of the spaces that the company is struggling in. Its Google TV service is not taking off like it hoped it would, and its Nexus Q product has become a joke.

Apple’s AirPlay tech allows users to stream video, music and other content from their iOS and Mac devices to their TV sets via ATV. Google’s system would reportedly work in a similar way, but of course be open-sourced.

What do you think? Does Android need an AirPlay alternative?