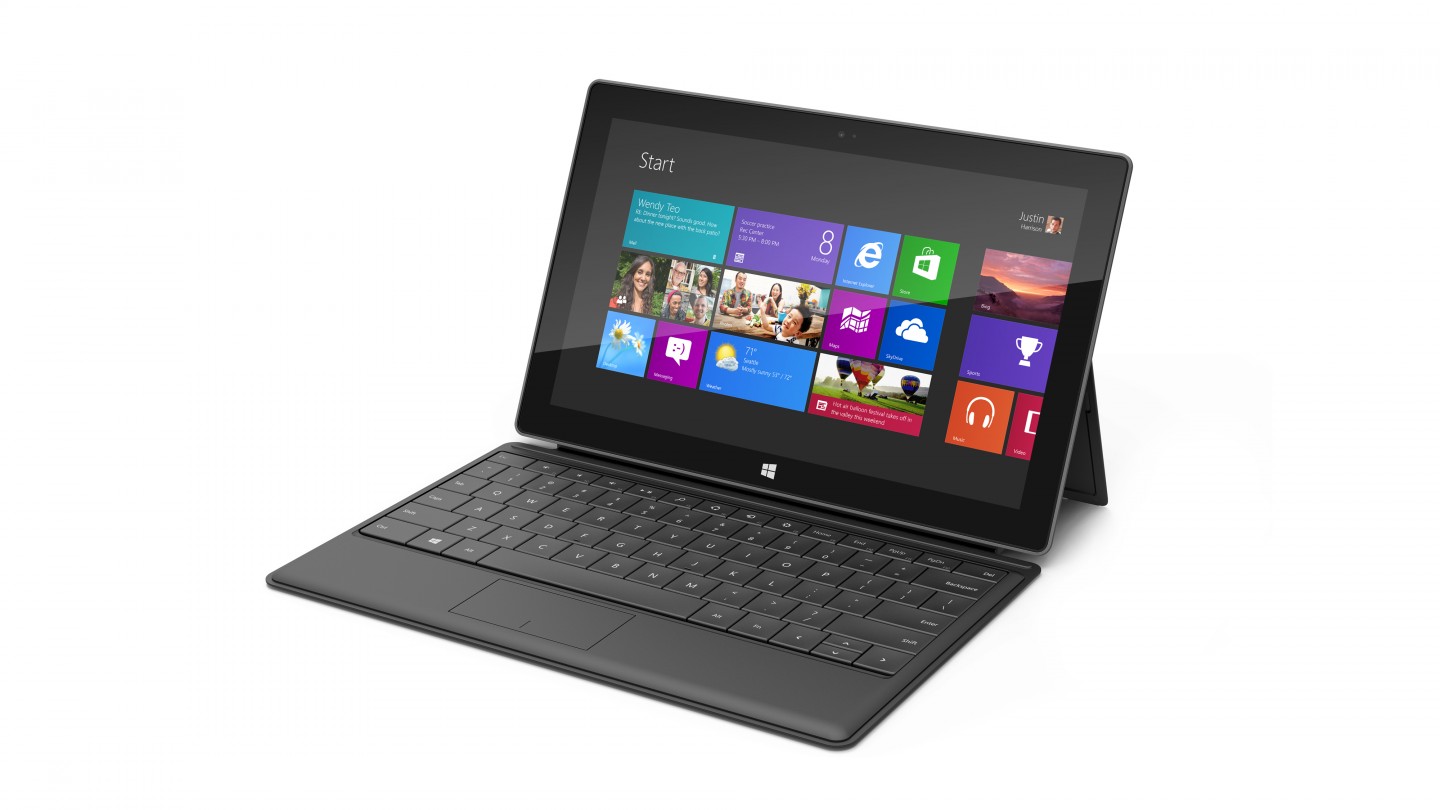 The Microsoft Surface launched today to quite a bit of fanfare. I just received my unit via FedEx a few hours ago. Although I’ve yet to actually power on the unit (such is the life of a tech blogger), I have thoroughly inspected its hardware.

In the following video, I compare the Surface’s dimensions and weight to that of the iPad 3. It’s an interesting look at two wildly different tablets on pretty much every level. Take a gander…

The Surface almost looks like a Kindle Fire that grew taller. It’s a really long device — much longer than the iPad — but it’s also skinnier than the iPad. It’s an interesting combination, as it allows you (or at least me with my gargantuan hands) to hold the device easily with one hand.

As far as build quality goes, we all know that Apple is second to none in this regard. In my opinion, no other tablet manufacturer has come close…until now. The Surface build quality is, as many reviewers have already stated, superb. It’s radically different from the iPad (no alu-min-ium), yet it feels just as solid.

How do you think the Surface stacks up to the iPad, when it comes to looks, dimensions, weight, etc?