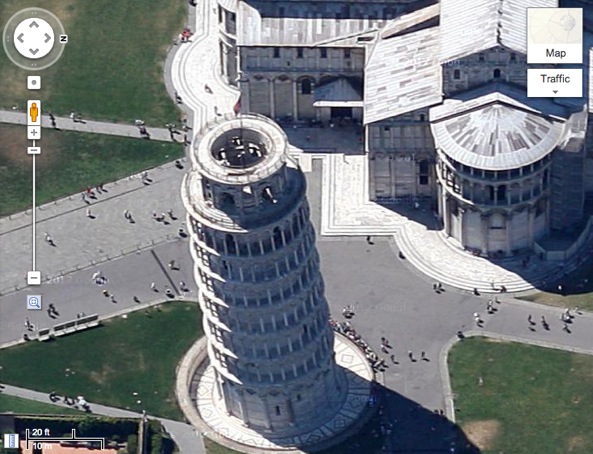 If there’s one thing we all learned from Apple’s Maps mea culpa, it’s that mapping the globe is a tricky business. It took the search giant seven years and tremendous manpower to turn Google Maps into the world’s most popular mapping service. Quick to exploit rivals’ weaknesses, Google once more outlined its mapping advantage today just as Tim Cook’s apology was making rounds on the web…

The company announced in a post over at the official Google LatLong blog the addition of 45-degree imagery for 37 major cities in the United States, in addition to fourteen international locations.

These high-resolution images vastly improve the experience. Though it ain’t true 3D view like Apple’s Flyover view, the 45-degree perspective looks really nice and you can zoom in to get astounding detail as Google’s bitmaps are in very high-resolution. 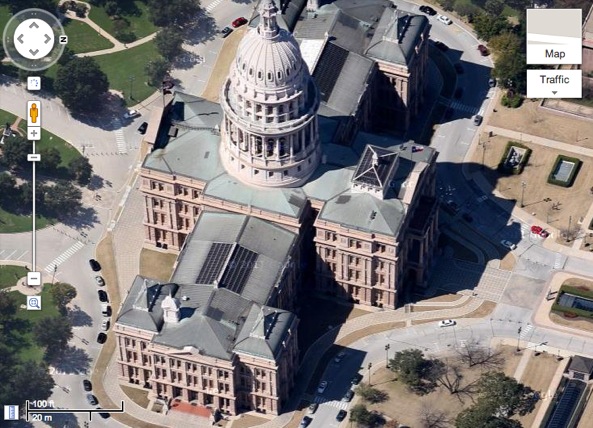 Some examples worth checking out: the Leaning Tower of Pisa and Citadel of Lille in France, The Forks in Winnipeg in Canada and Texas State Capitol in Austin, Texas.

To enjoy these new crisp imagery, zoom in on using the “+” sign located right below the orange person icon. To change your perspective, drag ring in the upper left corner.

Here’s the full list of cities with high-res satellite and 45-degree imagery.

Apple’s Flyover view is also awesome, but it’s in 3D and lacks the polish of Google’s high-resolution 45-degree imagery. It kills me that Apple bothered flying airplanes to create Flyovers, but wouldn’t introduce its own detailed aerial photos of key landmarks.

Is your area now available in high-res glory?

My country is listed under “Areas with new high resolution satellite updates”.