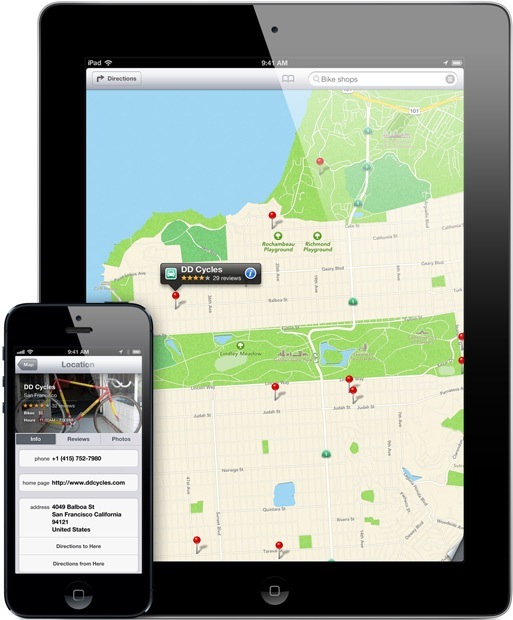 Remember an ad Google’s subsidiary Motorola recently published to highlight Apple Maps flaws? “Looking for 315 E 15th in Manhattan?”, Google’s advertisement read. “Google Maps on Droid Razr M will get you there & not #iLost in Brooklyn”, it went on to suggest that iOS 6 Maps will direct users to a wrong road name in the wrong city. Well, guess what? That address doesn’t even exist!

That’s right, 315 E 15th Street is not an actual address in Manhattan. This whole maps thing is really getting blown out of proportion. Why would Google fake an ad and make folks search for an incorrect, ambiguous street address other than make Apple Maps look bad. Apple of course also isn’t one to shy away from deceptive advertising. Remember this?

The discovery is credited to a Twitter user who goes by the handle AMD Pettitte.

According to AppleInsider, the iPhone 5 failed to find 315 E 15th Street in the Motorola Razr ad and instead found a similar address in a completely different borough because the referenced address simply does not exist. 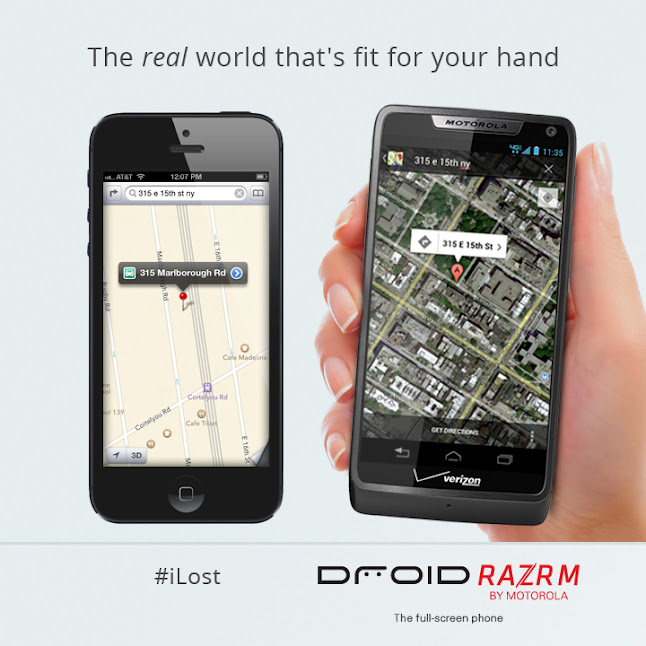 Google Maps is not without flaws either, author Daniel Eran Dilger explains.

Searching for “8th and Folsom” in the Google-powered Maps running on iOS 5 jumped me to “8 Folsom, PA,” a two day journey of 2880 miles away from San Francisco, where the map was centered.

That’s not a phony address invented to make Maps “iLost.” it’s a real address that Google offers to find directions for me in obviously the wrong place.

As you know, Apple is taking heat and attracting bad press over lack of features, inaccuracies and incomplete data sets in its in-house mapping solution that replaces a Google Maps backend on iOS 6 devices.

Google is said to be working on a standalone Google Maps app (you seem to be digging it already) and adding new features to its mobile web app as Apple is bolstering its manpower and vowing to improve iOS 6 Maps, promising that “the more people use it, the better it will get”, in Apple’s own words.