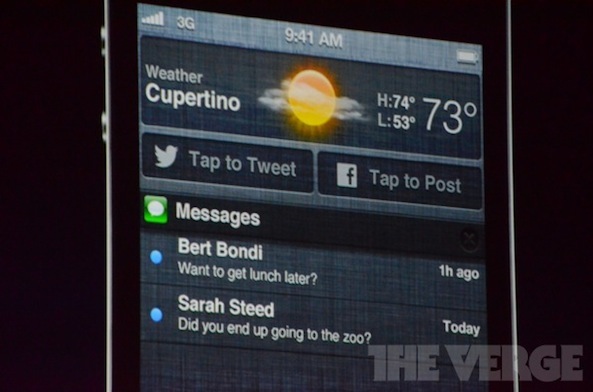 Taking a cue from the jailbreak community, Apple has added the ability to update your social networking accounts from directly within iOS 6‘s Notification Center.

Using two new buttons in NC, users will be able to post new status updates to Facebook, and new tweets to Twitter, all without ever leaving the drop-down menu…

This is great news, for both Twitter and Facebook users, who previously had to perform a tedious routine to post updates — launch the application, open the Update dialogue box and type their text.

Of course, jailbroken users have had a number of options for posting updates to Facebook and Twitter from anywhere in iOS for quite some time now. Tweaks like Twitkafly, Activator, and Fusion all come to mind.