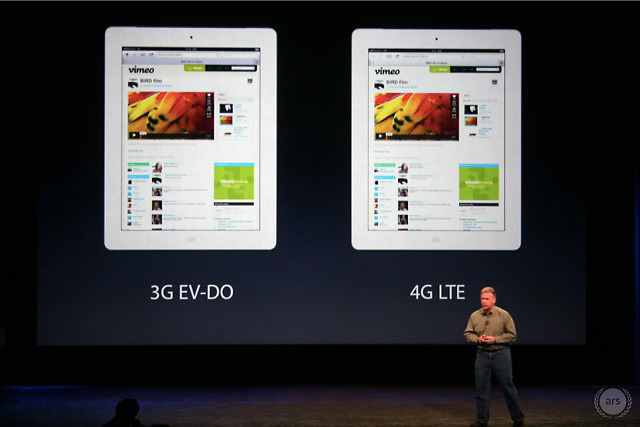 For those of you who are getting your hands on the Verizon LTE iPad today, MacRumors notes a cool trick if you have an AT&T SIM card laying around. According to their findings, the Verizon iPad’s micro-SIM slot can actually be unlocked to use AT&T’s 3G network.

There’s no real hacking required either. All you have to do is pop-out the Verizon LTE micro-SIM card and pop-in the AT&T 3G micro-SIM card. This is a great trick for if you’re in an area with minimum Verizon coverage…

I was one of the first to obtain a Verizon iPad and can happily confirm that this is allowed! I used my ATT iPhone 4S sim card and took out the Verizon sim, and data worked! You must apply the AT&T APN carrier settings before this works though.

The Verizon iPad’s LTE bands are only compatible with AT&T’s 3G bands, and won’t support AT&T’s 4G. This all works thanks to the Verizon iPad’s compatibility with GSM networks for international roaming purposes.

I think the Verizon iPad is the optimal choice. If you’re ever in an area that lacks Verizon coverage, you can just pop-out the AT&T SIM from your iPhone and put it in your iPad with no hassle. Luckily, Apple didn’t put any restrictions.

Which iPad did you go with?