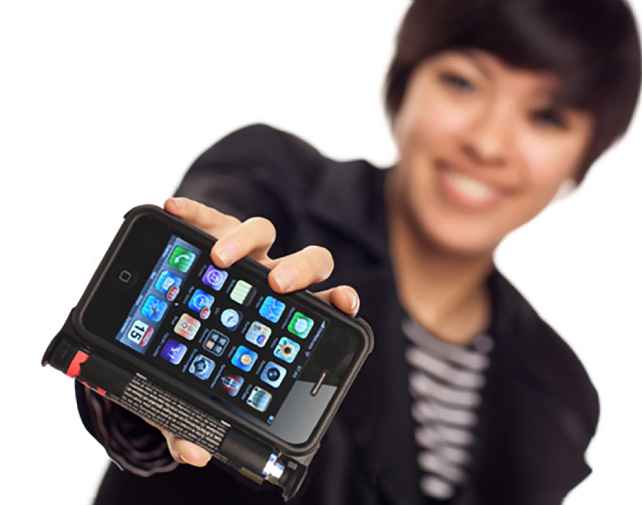 Pepper spray is one of the best tools for self defense when being mugged, or worse, by a criminal. However, it’s one of those things that you won’t always have on you, especially if you’re not a female who carries a purse.

Luckily, Swiss manufacturer Piexon has developed the new Smartguard case for the iPhone 4/4S that combines a can of pepper spray right on an iPhone case, leaving it always at your disposal…

The Smartguard case is molded in hard plastic and has a spot on the side for the canister of pepper spray to lock-in. This will allow you to quickly access the pepper spray in an emergency situation. It will also ensure you don’t accidentally discharge the canister in your pocket.

While pepper spray is legal in all 50 states, the Smartguard case might cause you some problems in Michigan or Maryland. In Michigan, a can of pepper spray with over a 2 percent oleoresin capsicum concentration (which this canister has) is considered illegal, while in Maryland you’ll need a special firearms license to carry it. It’d also be worth noting that this isn’t something you’d want to carry into an airport, because pepper spray is considered to be a weapon by the TSA.

Pepper spray shouldn’t be considered a toy whatsoever, seeing as it can cause some serious discomfort. If you have children, this would certainly be something you’d want to keep away from them.

Would you and your iPhone feel safer with the Smartguard case?

[AppAdvice via Cult of Mac]