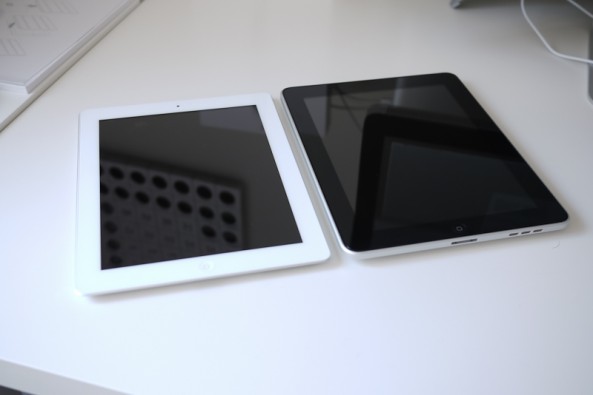 An interesting rumor from overseas publication Digitimes this evening claims knowledge of Apple’s iPad plans for 2012. The sometimes-accurate publication reports that Apple is planning to unveil two iPad models at once next year during the Macworld|iWorld conference in January.

Apple allegedly has two iPads for the low-end and high-end consumer markets, with the latter model boasting double the battery life of the iPad 2. This isn’t the first time we’ve heard such claims, but this new report seems questionable.

Both reported iPads are expected to come with 9.7-inch screens, a higher pixel density, and brighter LEDs. Such a “HD” Apple tablet was originally rumored many months ago by This is my next (now called The Verge). It was said that Apple was working on an more high-end iPad to run Final Cut and offer a Retina-like display.

The likelihood of Apple appearing at Macworld|iWorld is next to none. Apple stopped attending the conference (formerly known as only Macworld) in 2008, and the company has said that trade shows are no longer a main part of its business. A surprise keynote from Apple at the conference next month would certainly be out of the company’s character. Apple announced both the iPad 2 and iPhone 4S at its own events in 2011.