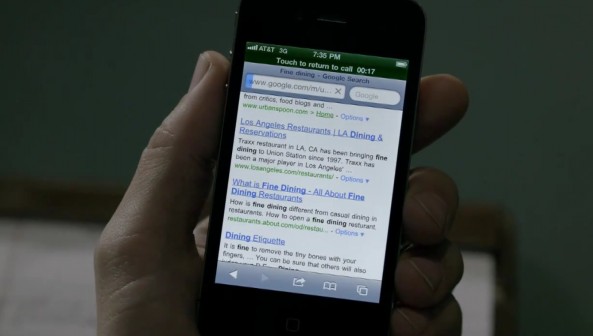 Apple is having quite the week, especially considering we are just a few short days away from Christmas. First, the lawyers Apple keeps in a Cupertino basement successfully got the ITC to ban HTC’s handsets due to a patent infringement, and now the company has been granted yet another patent to beat the competition with.

The patent awarded is for a “portable electronic device with graphical user interface supporting application switching.” That may sound extremely wide-reaching, but we are told that things get a little more specific than that, should Apple actually decide to wield this particular club.

What the patent boils down to is the ability to multitask during a call, something the iPhone was praised for back in the day…

We are currently taking bets on how long it is before Apple finds an Android skin or overlay which comes close to at least pretending to behave the same as this patent. After all, that’s what patents are for anyway, isn’t it?

It almost seems like Apple is more interested in gaining patents and using them against the competition than anything else at the moment. If that is how the game has to be played, then so be it, but we would still rather everyone just got along nicely.

We’ve included the whole patent description below, mainly because it is possibly the longest sentence we have ever seen, and thus, is a thing of beauty.