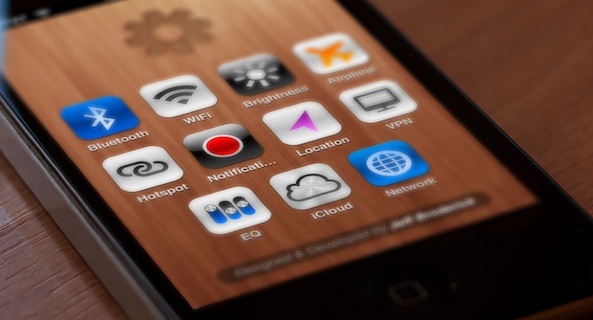 Ever since our initial post that showed how to create shortcuts for some of the most used items in the Settings app, many have taken a lot of interest in the idea.

Considering that there is no jailbreak for the iPhone 4S, and no untethered jailbreak for iOS 5 in general, many are using Settings panel shortcuts as they wait for a jailbreak solution that works for them.

In the meantime, UI designer Jeff Broderick has taken things into his own hands, creating the most beautiful and detailed shortcuts icons we’ve seen to date…

If you head over to http://brdrck.me/settings on your iDevice, you can download the shortcut icons for yourself. There’s only a handful of shortcuts available, but Broderick set out to capture some of the most useful ones like Wi-Fi, Brightness, Bluetooth, Hotspot, etc.

This is a great alternative to the IconProject method that we initially told you about, but if you want a list of all of the possible toggles, you’re going to want to check out our in-depth IconProject post.

Obviously, if you’re on a jailbroken device, you want to check out SBSettings, because that allows you to directly toggle certain features on and off. This is more of a workaround for iPhone 4S users, since there’s currently no iPhone 4S jailbreak to speak of.

What do you think about these newly designed shortcuts icons?