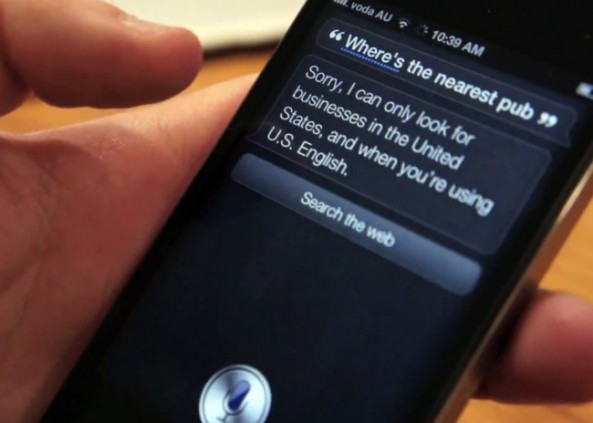 An interesting story in The Telegraph this morning features the voiceover artist behind the British version of Siri. The actor was recently contacted by Apple and told to not talk publicly about Siri, but the real kicker is that he didn’t know that he was the voice of Siri in the first place!

In an interview with the actor, Jon Briggs, you get a look into the world of voiceover recordings and some of the history behind how Siri’s voices came to be.

After Apple contacted Briggs last month, the actor was commanded to not discuss Siri at all with the public.

Mr Briggs however pointed out that he had recorded the thousands of sentences used to create the British Siri persona “Daniel” six years ago for another company and had never had a contract with Apple.

He recorded 5,000 sentences over three weeks for a firm called Scansoft. In 2005 it merged with a company called Nuance, which now provides the voice recognition technology for Siri.

“I did a set of recordings… spoken in a very particular way and only reading flat and even,” Mr Briggs said.

“Then they go away and take all the phonics apart, because ‘I’ have to be able to read anything you want, even if I’ve never actually recorded all those words.”

Briggs’ recordings were also used to create the announcements in Britian’s Kings Cross railway station. Apparently, Briggs was paid up front when he recorded, and he didn’t know that Apple had bought his voice until he saw a commerical for the iPhone 4S on TV!

What a surprise that must have been.

Siri is currently available in English with different versions for Australia, Britain, and the United States. The voice technology also supports French and German. You can read more about how Siri came into existence here and why Siri is a woman in the US here.