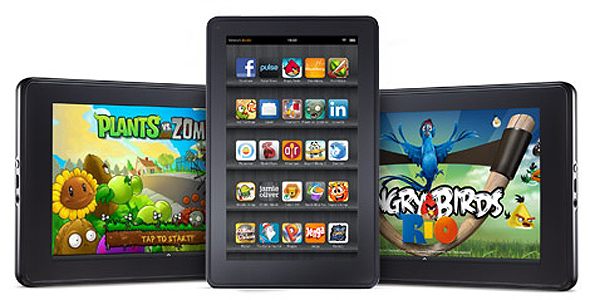 Apple has dominated the tablet market the last two years with its iPad line. Since it reinvented the category in 2010, competitors have struggled to keep up with Apple’s high-powered, low-cost slate.

But with Amazon’s Kindle Fire coming November 15th, that could all change very quickly. The tablet undercuts the iPad’s cost by $200, and has already seen a lot of popularity during pre-order. Should Apple be worried?

Business Insider gives us some insight to Apple’s thoughts on Amazon’s new slate. The site shares an excerpt from a research note issued to investors today by Barclays analyst Ben Reitzes, who recently visited with Apple executives.

Reitzes met with both CEO Tim Cook and CFO Peter Oppenheimer, and had a chance to hear their thoughts on the Kindle Fire.

“While the pricing of $199 looks disruptive for what seems to be the iPad’s most important rising challenge, the Amazon Fire – it is important to note that it could fuel further fragmentation in the tablet market—given it represents yet another platform. While compatible with Android, the Apps work with Amazon products. The more fragmentation, the better, says Apple, since that could drive more consumers to the stable Apple platform.”

It’s no secret that the Android platform is severely fragmented, but does that mean Apple should write them off? Well as MacRumors points out, Amazon’s approach to the tablet market is very different than that of the Cupertino company.

Apple makes a significant profit on its hardware, while Amazon is rumored to be taking a loss on Kindle Fire sales as it tries to draw users into its product ecosystem. Still, it’ll be interesting to see how the tablet landscape changes in the next 12 months.