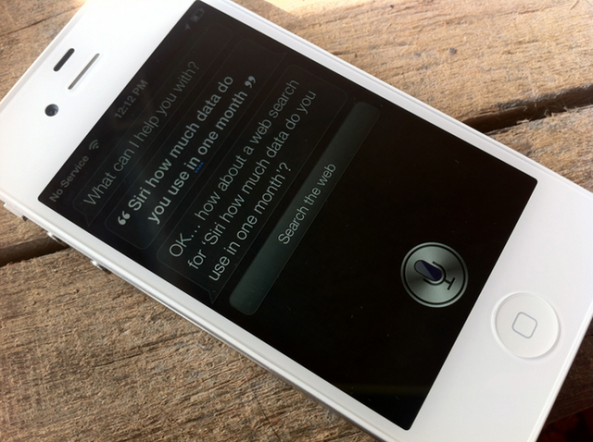 Siri requires an internet connection to connect with Apple’s servers, and Ars Technica has taken a closer look at exactly how much data Siri consumes on the iPhone 4S.

While Siri’s data footprint isn’t that significant, it’s still interesting to see what the technology will cost you on your monthly bill. Siri requires a constant internet connection to work, so keep that in mind if you’re on limited data plan…

Ars Technica performed 6 local queries, such as setting reminders or looking up contact info, followed by 5 tasks that required Siri to access information online through services like Wolfram Alpha and Google. While all of the tasks remained under 1MB, the tasks ranged in KB size based on the complexity of the voice interpretation that Siri had to digest. Obviously, local tasks that didn’t use an online search required much less data consumption.

What Ars Technica discovered after putting Siri through its paces:

“Here’s where the numbers are going to get rough. As we’ve already pointed out, your own numbers will be different depending on how wordy you are, what kinds of queries you’re making, and how frequently you do it. So please take these estimates with a grain of salt—they’re more like general ranges than exact numbers.

For most people, this amount of data usage is not anything to sweat over. If you have a 200MB plan for your iPhone 4S, you may want to be careful about using Siri, but otherwise you’ll be fine.

What do you think about Siri’s data footprint? Did you expect it to be higher or lower?